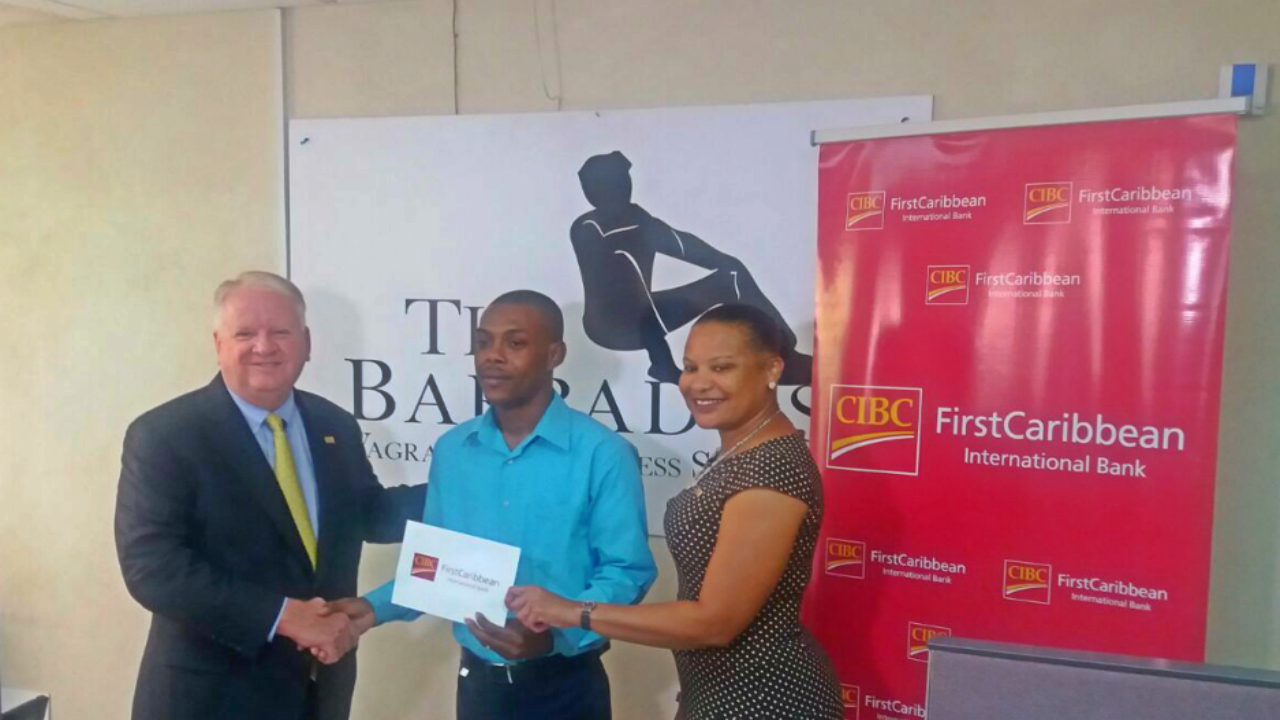 That is the first of a total of $100 000 pledged to the charity by the financial institution.

Handing over the cheque during a presentation at the Society's  Tudor Street, Bridgetown location, CEO of CIBC FirstCaribbean Gary Brown, emphasized their commitment to helping to solve problems in the Barbadian community:

"It is a delight to be able to give money where it is really needed in our communities....we are making a 5-year commitment for $100 000 Barbadian dollars and the first cheque today for $20 0000."

Adding that this has not been the first occasion in which they have addressed areas of concern in the society, he stressed that CIBC FirstCaribbean has not only been assisting financially, but encourages employers to get involved:

"It is a great thing for us to be able to do this in 17 countries across the Caribbean... not just giving money but also being involved in charity.

"We encourage our employees to choice a charity that matters to them through our Adopt-A-Cause' programme."

The financial institution is doing even more to help the Society. Manager and Director of CIBC FirstCaribbean Donna Wellington, explained that they have set up an area for donations to the charity at all their branches:

"In every one of the branches of CIBC FirstCaribbean there is a small table to donate to the Homeless and Vagrant Society."

Stressing that the bank was assisting the BVHS "even before this cheque," President and Founder of the charity Kemar Saffrey, thanked them for their continued support, while stressing that they help to bring "stability to the organization".