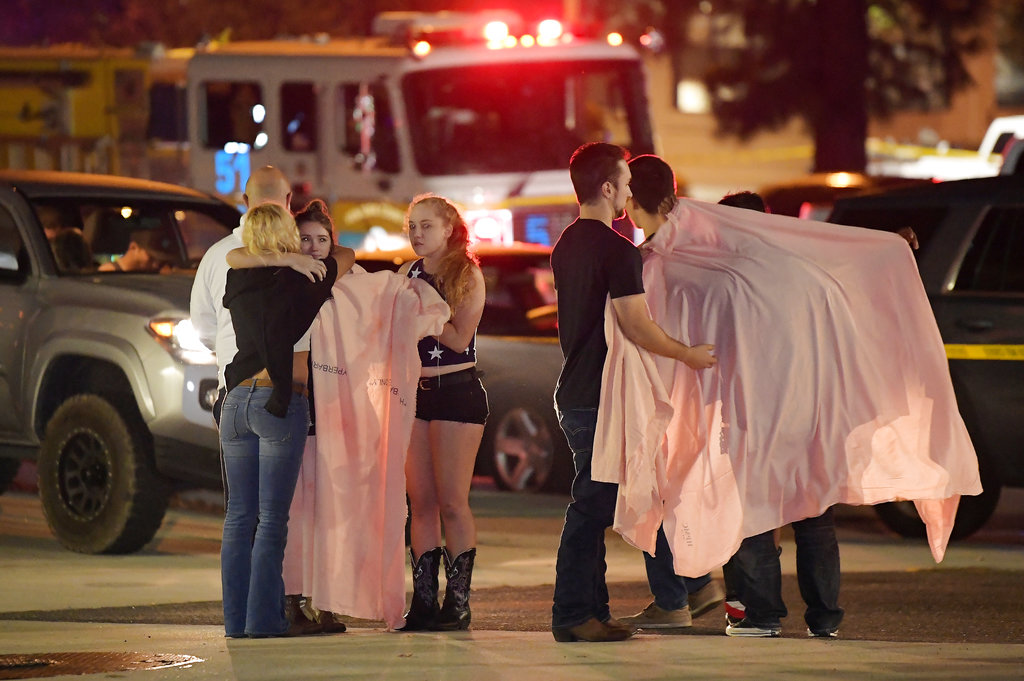 People comfort each other as they stand near the scene where a gunman opened fire Wednesday inside a country dance bar crowded with hundreds of people on "college night". (AP Photo/Mark J. Terrill)

A gunman shot 11 people inside a crowded Southern California country dance bar Wednesday, and witnesses described a chaotic scene as panicked patrons smashed windows to get out. The gunman died inside the bar, police said.

Ventura County sheriff's Sgt. Eric Buschow did not say how the gunman died.

Authorities have not confirmed whether any of the wounded had died.

Ventura County sheriff's Capt. Garo Kuredjian said hundreds of people were inside the Borderline Bar & Grill in Thousand Oaks at 11:20 p.m., and shots were still being fired when deputies arrived.

Several people from inside the bar told TV stations that a tall man wearing all black with a hood and his face partly covered first shot at a person working the door, then opened fire, seemingly at random, at the people inside.

People screamed and fled to all corners of the bar, while a few people threw barstools through the windows and helped dozens escape, witnesses said.

It was college night and country two-step lessons were being offered Wednesday at the Borderline, according to its website.

Kuredjian said it has been "quite some time" since there was a shooting of any kind in Thousand Oaks, a city of about 130,000 people about 40 miles (64 kilometers) west of Los Angeles, just across the county line.

Gunman kills ex-wife, 4 others and himself in California