110 not out for super centenarian Millicent Yearwood! 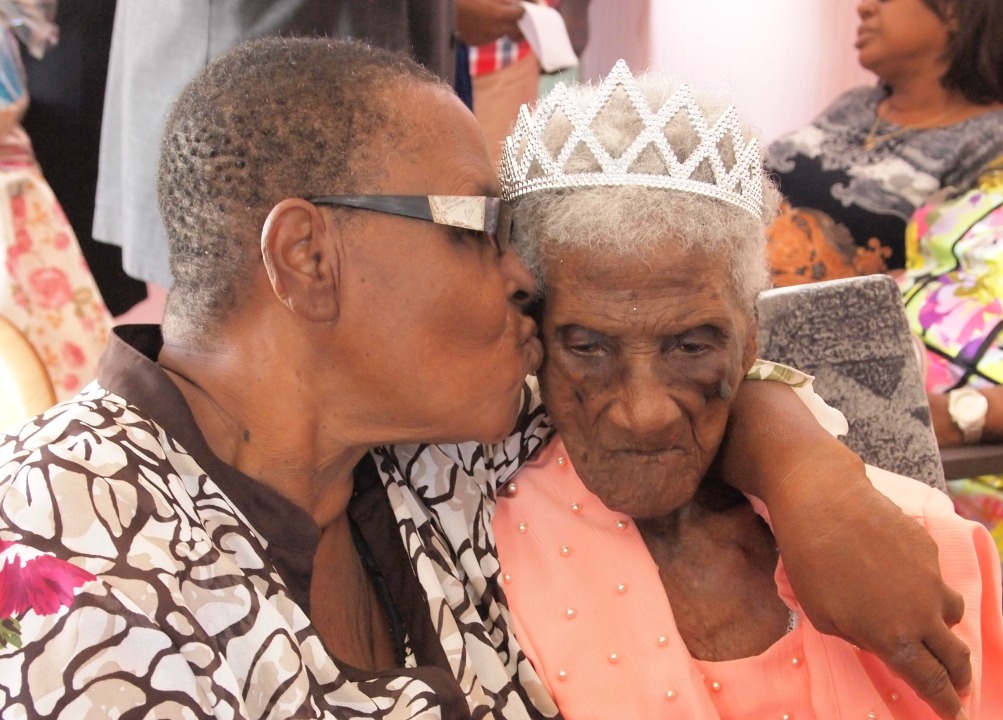 Barbados' lone supercentenarian, Millicent Yearwood receiving a kiss from her only daughter, Mavis Small-Raper, as she celebrated her 110th birthday on July 20.

Barbados has celebrated quite a number of centenarians over the years, but Thursday was a special day as Millicent Yearwood celebrated her 110th birthday.

The super-centenarian celebrated the momentous day in fine style at her Fitts Village, St James home, with her only daughter, Mavis Small-Raper, friends of the family and representatives from the National Committee on Ageing.

During her 110 years, Yearwood spent most of her working years as a labourer on Mount Wilton Plantation in St Thomas and as a hawker in Bridgetown. Although she only gave birth to one child, her family has grown to include seven grandchildren, 20 great grandchildren and six great-great grandchildren.

President of The Committee on Ageing, Sylvester Niles, made the announcement that Yearwood’s name will be recorded along with Barbados’ other super-centenarians at the department of Gerontology in Los Angeles, USA. The Barbados Museum and Historical Society will also honour her birthday on their website.

Despite being hearing impaired, the sweet old lady swayed in her living room chair as the gathering sang her happy birthday. Yearwood will be recorded as Barbados’ third super-centenarian with the others being James Sisnett, who died at the age of 113 and Emily Clarke, who died at 110 years old. They both passed away in 2013.

Search on for Barbadian centenarians