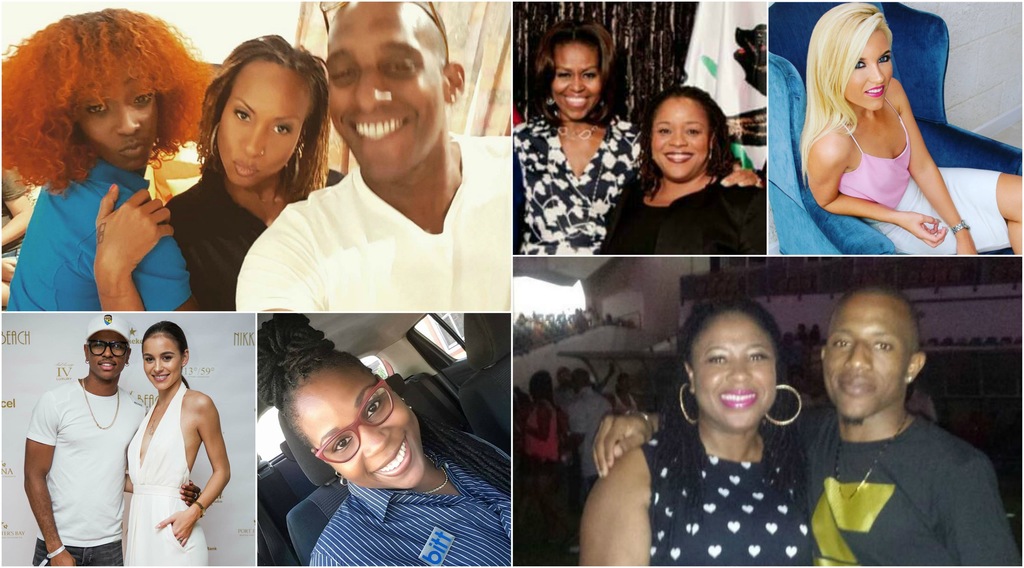 Happy International Day of the Girl 2017!

It’s International Day of the Girl and in Barbados some men took a moment just to sing praises for the Bajan women who they most admire.

These women have done outstanding acts or lead amazing lives and have inspired these men and or supported them in some significant way over the years.

Today they highlighted their mothers, grandmothers, aunts, daughters, sisters, female celebs and Barbadian ambassadors who have all left a mark on their lives.

“Sade Jemmott - young, smart, passionate, dedicated and brilliant. She is our General Counsel at Bitt and cares about the movement of our people forward.

Lily Dash - young entrepreneur, leader and one of the most beautiful spirits. She is an inspiration to me and it’s empowering to see a woman take charge, and independently lead a team towards growth.

Sade inspired me by being a young Barbadian that shared the same goals I did to move our island forward.  Lily inspired me by her independence to lead a team and build a company on her own which is innovative in its own right.

Both of these ladies are superstars in my book.”

“There are many females in my life that I appreciate for various reasons. Some for the roles they have played in my life, others for helping me to become the man I am today. These are aunts, grandmothers, cousins, friends, fellow entertainers and even partners.

“However, one Barbadian female who has inspired me, would have to be my mother Wendy Bowen. Without her and my aunt, I probably would never had utilized my voice and ability to sing in the way I did. From small she, along with my aunt, were my ‘voice trainers’.

“I probably sang everything from Luther Vandross, Deborah Cox, R.L, Isley brothers because of my mother. In fact, the first time I ever sang on stage at the Deighton Griffith school pageant in 4th form, my mom forced me to sing as my talent. I remember her coaching me John Legend's ‘So High’, and today that's still my favorite song because of that moment.

While they are many reasons I could mention, I just want to highlight this one in particular. She is the lady behind the voice. She's actually a great singer herself.”

“I would have to say Nikita and Alison Hinds, both for their outstanding work ethic and continued excellence. While Nikita continues to juggle her career as an artist and radio announcer, Alison also successfully juggles her artist career while being an amazing mother. Both are amazing women, role models and outstanding women.

“They are also ambassadors for the BTMI (Barbados Tourism Marketing Inc.), Barbados and other fine brands all because other people see their outstanding qualities too.”

International Day of the Girl 2017 in Barbados

“Alison Hinds - she played a pivotal role in pushing Soca music internationally for both men and women, not just women. She achieved what any Soca artiste would aspire to achieve. She is beyond humble for a legend and most importantly she is tuned in and supportive of the upcoming and new generation. She gets involved, she shows love, she posts on social media, she supports it and that is very important to me.

“People like her helped give Barbados a character and a place in Soca music and for these reasons I'll always love her.”

“My father died when I was two and a quarter and my mother successfully raised seven of us.

“She educated herself and as many others as she could, going on to become the first supervisor of the branch library in Six Roads, St Philip.

“She was a strong, disciplined woman and taught me how to cook, wash, clean, press, dance and wrestle.

“She is who inspires me today.” She was born premature and the doctors told him to expect complications when she’s born. She arrived weighing only three pounds and Gittens admit though he had faith, he feared the worse.

“It was something I prayed about and then she born and she was expected to stay in the hospital for a long time, but she only stayed two days. The lil girl was more than normal. She put on the weight fast. Every paediatrician visit, she was growing so quickly it was surprising to me, to the paediatrician, to everybody; she just catch up to where she was supposed to be so quickly.

“And since she started nursery she is so intelligent; they are like, all the aunties tell me, ‘Wow, she’s developing so fast’. Nobody can believe she’s only two. She’s different, the understanding that she has at this age.

“My daughter is my inspiration. She has shown me that with courage and determination you can overcome. Coming from a position of being apprehensive about a large body of water she is now an avid swimmer and she keeps on progressing which in turn inspires me to keep on progressing.

“At only three years of age she is the rudder of my ship and she does it with the greatest of ease.”

“They are both ambitious and progressive and doing good work for charity as well.”

“My pick is my granny who I grew up with for the most part. She has stayed and showed strength through all the years I’ve known her, even in the toughest of times.  She has been a pillar of strength to all of us and at 96 she is still going pretty strong.

10. Known for his musical skill, especially his ability to play steelpan beautifully, one of the founding members of Square One the Band, Terry ‘Mexican’ Arthur has a Barbadian sister making waves in America.

“The Girl/Lady that I admire most is my sister Francesca Harewood from Dover, Christ Church, Barbados, Brooklyn, New York and L. A California. I have always admired her. Though we were miles apart living, travelling, we always had and still have a very special bond. Francesca did very good in school and college and took up Law as her career of choice. In her early years she worked with the famous attorney Johnny Cochran, later she switched to Entertainment Law and really started to shine. She was the main lawyer for Who wants to be a Millionaire and numerous TV shows under ABC/Disney networks before going to NBC as a top Entertainment Lawyer there. She works on some of the biggest contracts with some of the biggest stars in Hollywood/TV. She is extremely successful at her job, but through it all she has remained so easy going, cool and extremely loving to her friends and holds a deep love for Barbados. Every chance she gets, sometimes twice a year, she would come back to Barbados, to her home in Dover.

“She is also on the board of the Grace Agard Harewood Senior Center/Fort Greene in Brooklyn, N.Y. They give assistance, food and support to thousands of elderly folk in New York daily, this Center was named in honour of Francesca's mother Grace Agard Harewood. She dedicated her life to helping others.

“I can always count on my dear sister Francesca for support and advice. She is my biggest fan. I admire her and love her unconditionally with all my heart.”

11. Economist Jeremy Stephen is always in the hot seat on economic affairs but today he took a minute to talk about his maternal grandmother, Marjorie Gittens.

“She hadn’t finished primary school but understood the essence of things pertaining to human behaviour in a way I still don’t grasp.” Laughing he said, “She always inspired me to be what made me, except when it came to left-handedness.”

His granny is also the main reason two things happened to him that changed his life for the better. “She inspired me to my First Class Honours degree by giving a key bit of critical thinking and stoic advise when I was in danger of messing it up. And the second thing was to be meticulous when it came to things like finances from my Saturdays spent with her shopping.”

“Shannon Harris because of how she carries herself. She’s an excellent rolel model for young girls coming up. She’s a superb entrepreneur, amazing person and if you really get to know her you would get to realise how serious she is about spreading great vibes and progressing in life and setting a good example for young girls and just everyone around her.”

He may not be Barbadian by birth but now that he is even raising his daughter who is Barbadian, Singer Don Trent told Loop his pick of the day would be Mia Mottley.

“During the years I have lived in Barbados, I have been inspired by many females at various levels of interaction. However, a standout individual is Ms. Mia Mottley

“From a strictly bi-partisan viewpoint, she exudes confidence and is a firm in her convictions. Ms. Mottley believes in the Caribbean and Barbadian youth as future global leaders.”

This year, International Day of the Girl focused on the theme, "EmPOWER girls: Before, during and after conflict".

Happy International Day of the Girl!

Shannon Harris flying the Bajan flag in The Philippines