Dario Drayton, who was the subject of a wanted bulletin issued since July 2017, alleges that upon his recent apprehension by police he ended up in hospital suffering from injuries he said were inflicted by members of the Royal Barbados Police Force.

This accusation came as lawyer for the accused, Kamisha Benjamin, made submissions on his behalf before the District 'A' Magistrates' Court.

Drayton, 25, of no fixed address, appeared before Magistrate Kristie Cuffy-Sargeant on 15 charges.

His face appeared to be bruised.

He denied the 13 summary charges and was not required to plead to the two which were indictable. 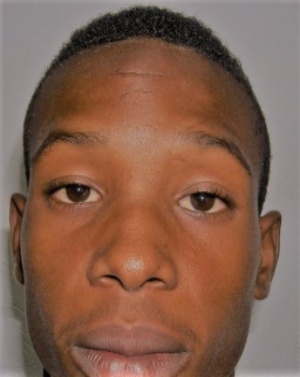 The offences occurred between the months of June, July and October this year.

The prosecution initially began to make an objection to bail, however, Benjamin said she did not wish to make a bail application at that time.

The attorney said her client had been using drugs since he was 13 years old and his criminal behaviour was a way of fuelling his habit.

"From 19 years old he has been before the court... for matters under the Offence Against the Persons Act," Benjamin stated.

She said Drayton had realised that "this was not how he wanted to live" and was now seeking help.

Drayton, a father of five, "never had the opportunity to go any of the rehabilitative facilities," she said. Benjamin asked that he be remanded to the Psychiatric Hospital for the necessary treatment.

However, the magistrate said given Drayton's "long history" he "did not qualify".

She said Drayton's failure to admit to the summary charges and lack of remorse, indicated he was not taking the matter seriously.

"Drayton thinks it's a joke," she said making reference to him "skinning his teeth" while in the dock.

He was remanded until December 5.