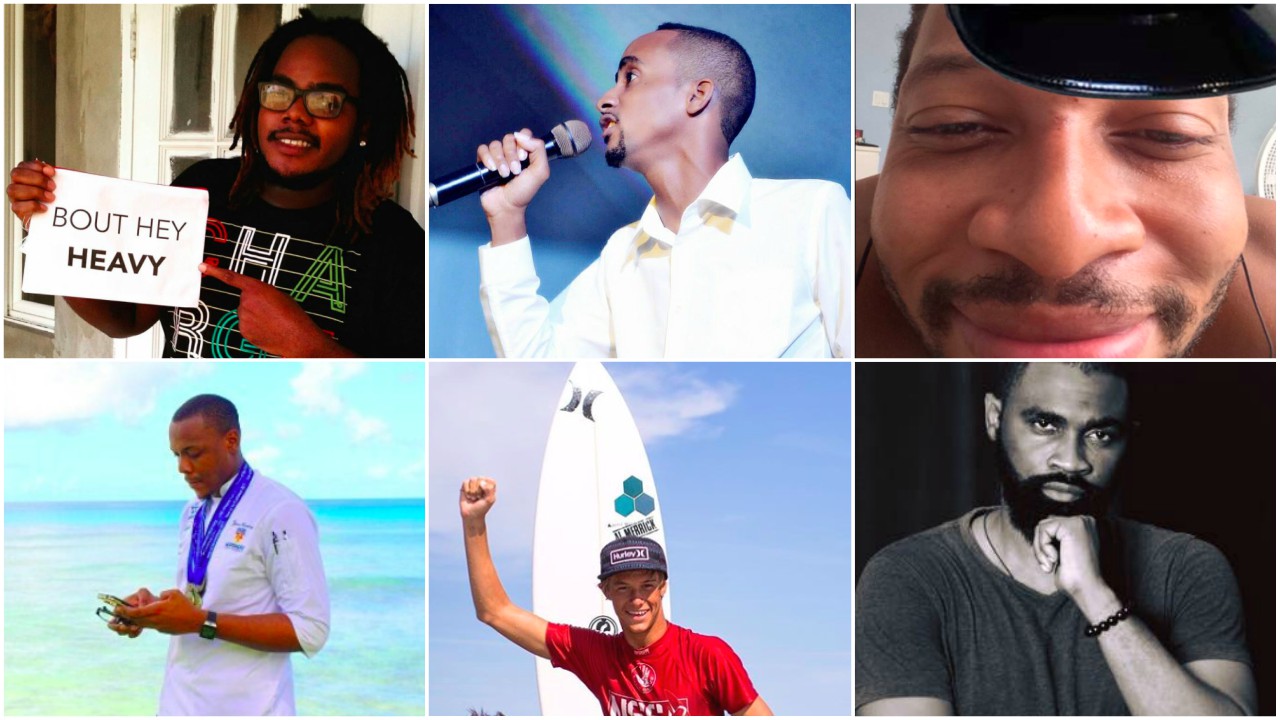 Celebrated in almost 60 countries around the globe, International Men’s Day is backed by UNESCO, and is observed around the world on November 19, every year. The celebration shares a 48-hour partnership with Universal Children’s Day marked on November 20th, which is endorsed by the United Nations.

For those who do not know about the origins of this day, International Men’s Day was inaugurated February 7, 1992 by Thomas Oaster, but the project was conceived one year earlier on February 8,1991. The project was re-initialised in 1999 in Trinidad and Tobago.

Today in Barbados we will recognise the contribution of some of Barbados’ young men and boys who are making great achievements.

1) Gregory Skeete is a published author, Executive Coach, Trainer and Founder of Life Engineer Inc. and Pilly Pelican Inc. He is a qualified Mechanical Engineer who is following his life’s passion. In addition to developing teens and adults using his principles of Life Engineering, he is also passionate about using creativity to teach children the principles of how to engineer a brighter future. Introduce your kids to Pilly Pelican and Axel Ant!

2) Andre ‘Deejay Puffy’ Parris is using music to take Barbados and soca to untapped and already explored markets while putting his own spin on things. The Red Bull Thre3style champion flattened the competition in Chile in December last year and ever since has had a whirlwind year flying the Barbados flag globally. Recently he returned home to give back. He played in the Barbados Celebrity Open to raise funds for the national junior programme as well as to assist our Caribbean neighbours who experienced the wrath of Hurricanes Irma and Maria. 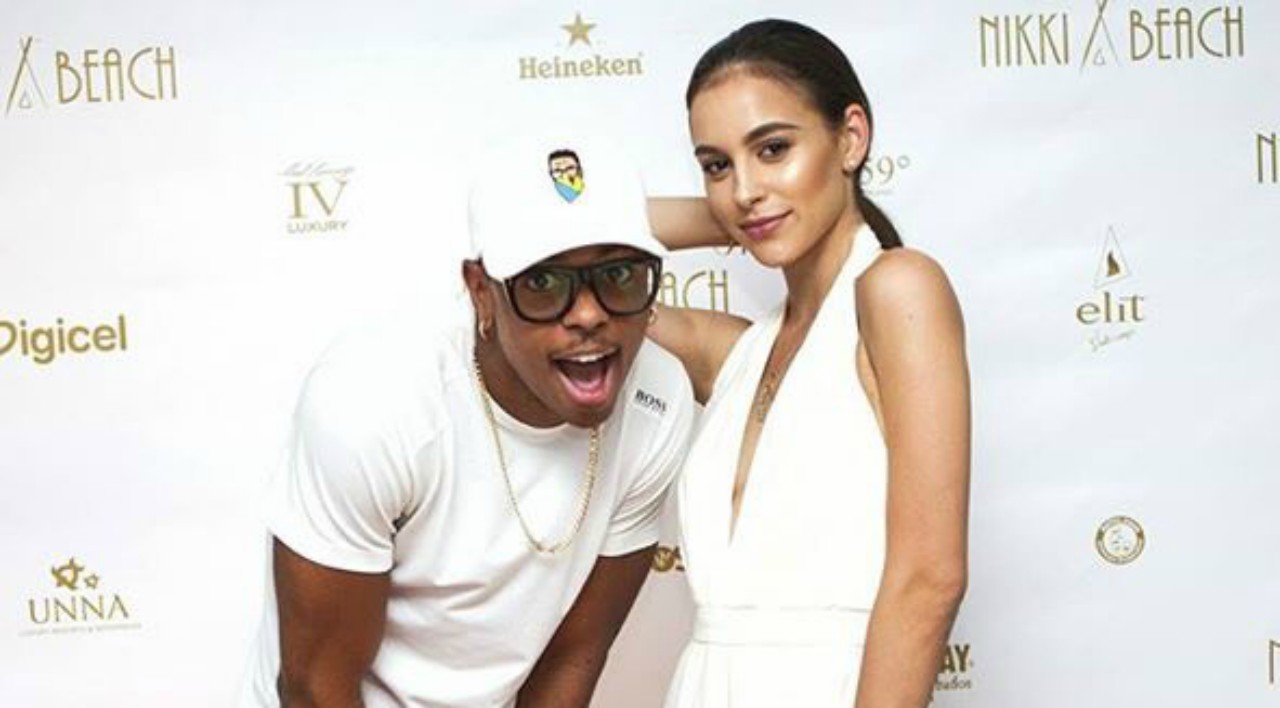 3) Michael ‘Mikey’ Mercer may be known as one half of Soka Kartel or asomething a former member of Grass Skirt Posse, or as the Founder of Team Mikey Charity, if not as just Mikey. Michael is doing good on stage, having won the Sweet Soca Monarch, Party Monarch and People’s Monarch in 2012. That’s a feat that has not been repeated by any other artiste. Offstage he has started giving out not only hampers and back-to-school assistance to the less fortunate, he has added the Team Mikey Scholarship as well.

4) Chad ‘Sir Ruel’ Bowen is showing annually that calypso – social commentary to be exact, is not a dying art form in Barbados. He packed some punches in his calypsos last Crop Over, earlier this year, which got his music banned on some stations. But living a life which defies challenges, he stepped over that hurdle and continued in the monarch race. Many know of his musical talent, but few know, he visited Addis Ababa, Ethiopia in May 2008 to represent the Barbados Council for the Disabled at the UN Convention on the Rights of Persons with Disabilities: A Call for Action on Poverty, Lack of Access and Discrimination.

5) Gabriel Abed is known as the Co-Founder of Bitt in Barbados. He has been jetting around the world and making a huge impact. Beyond a passion for Blockchain, Gabriel is equally passionate about fruits! Most recently along with a team of persons, he planted 20 mature fruit trees at Queen's College. A graduate of QC, he planted breadfruits, golden apples, soursop and lime trees with a goal of planting 2020 trees by year 2020 under the Future Tree programme of The Barbados Future Center Trust. 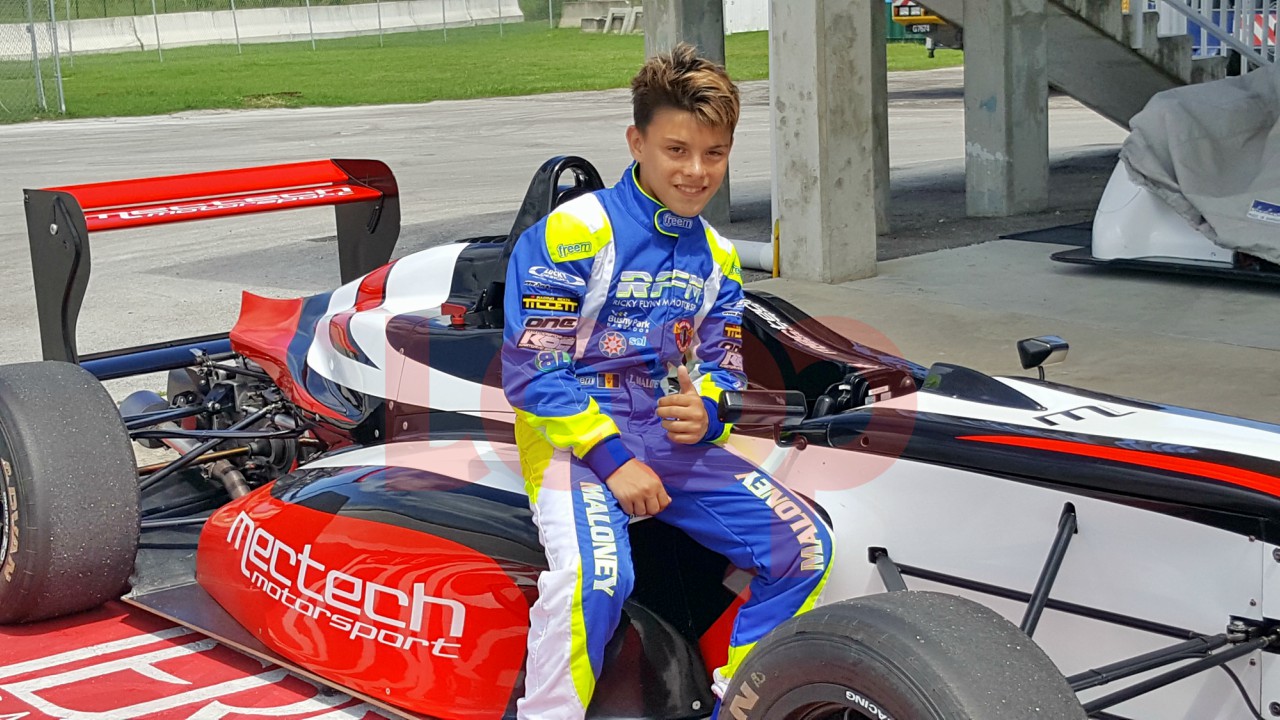 6) Zane Maloney is racing to the top and taking the Barbados flag with him. In April, he claimed an impressive second place in Sarno Italy in the final round of the World Series of Karting Championship. Then in September of this year also, the teen Barbadian driver placed fifth place in the CIK-FIA World OK & OK Junior Championships at the PF International Circuit, Lincolnshire in United Kingdom. Now he has moved from carting to the Formula-4 (F4) rally car and went up against a Former World Champion Jenson Button at the Barbados Festival of Speed at Bushy Park. For the kid who wants to “hold nothing back” like Benson, and who is inspired by Lewis Hamilton, next up on the cards for 14-year-old Zane is possibly Juniors in Europe or maybe Seniors, and then in 2019, driving the F4 professionally, maybe.

7) Jalon Samuel won the Sandy Lane Barbados Gold Cup aboard Dorsett in 2016 and in 2017.  With back-to-back wins, who knows if a Gold Cup hattrick is on the horizon for this jockey star, who has wins abroad as well. In Trinidad, he has won the Stewards Cup. He has also ridden at Gulfstream Park in the United States. Jalon has won three Barbados Gold Cups in total so far.

Related article :Being on stage a good look for 'Lord Zenn'

8) Jherad ‘Lord Zenn’ Alleyne is a graduate of The Combermere School and he studied Acting at Guildhall School of Music & Drama in London, UK. This year, he returned to the theatre with his first play ‘Good Looking’. Sold Out and held-over by demand, Jherad is proof that Bajans don’t have to fear theatrical comedy dying locally.

9) Seth ‘Xcel’ Bovell is a Barbadian Musician, Comedian and Barbados Movie Awards Nominated actor. Families! He even won an award for his creation Scab Whisper - Best Television/Web Show Or Series Fiction. Xcel can voiceover well too and have his audience in stitches. Do you remember Bajan Cinderella? On the charitable side, Seth has also worked with the Barbados Vagrant and Homeless Society to raise funds for their projects. So Bajans don’t need to keep banking on Mac, Eric Lewis and Trevor Eastmond for a bellyful of laughs.

10) Darian King has made huge steps and a ‘Grand Slam’ in Tennis for Barbados. A King on and off the court, in New York this year he set new records for Barbados and the Caribbean when he made it through to the Grand Slam Main Draw. 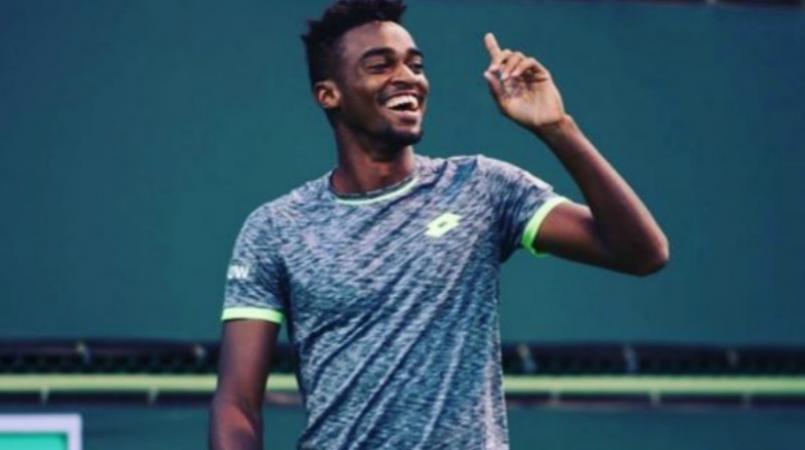 11) Jeremy Stephen is under 35 and he is one who delivers news about Barbados’ economy in ways that are understandable by the intellectual and the layman. He is a former economist at the Central Bank of  Barbados, he holds a BSc. Economics (First Class Honours), he received the prestigious Charles M. Kennedy Prize for academic excellence in Economics. He is a 2006 Commonwealth Scholarship winner and has his MSc. Finance degree from Imperial College Business School. Qualified, Jeremy has a rare ability to break down foreign reserves and deficits into consumable bite-size pieces to help educate the masses.

12) Khaleel Kothdiwala was the youngest of the five team members who represented Barbados in Indonesia at the World Schools’ Debating Championship 2017. The Queen’s College student is no stranger to the stage nor the debate platform. He is a member of the Barbados Debate Society.

13) Javon Cummins is one of Barbados’ award-winning chefs. This young chef and food stylist may love Cuisine, but when asked to take on the challenge of Pastry on the Barbados Culinary Team, Javon has found that his hidden talent is beautiful and delicious enough to see him win the 2017 Caribbean Pastry Chef of the Year #GOLD for his Glazed coconut chocolate banana Pop ,cinnamon crusted choux filled with a rum and raisin cream , passion fruit and cilantro gelee' , and coconut scotch bonnet ice-cream.

14) Phillip ‘Casanova’ Antoine is a flamboyant and smooth bartender/mixologist. He was the Angostura Ambassador in 2016, and in 2016 he was named Bartender Of The Year, representing Barbados at Taste Of The Caribbean competition. 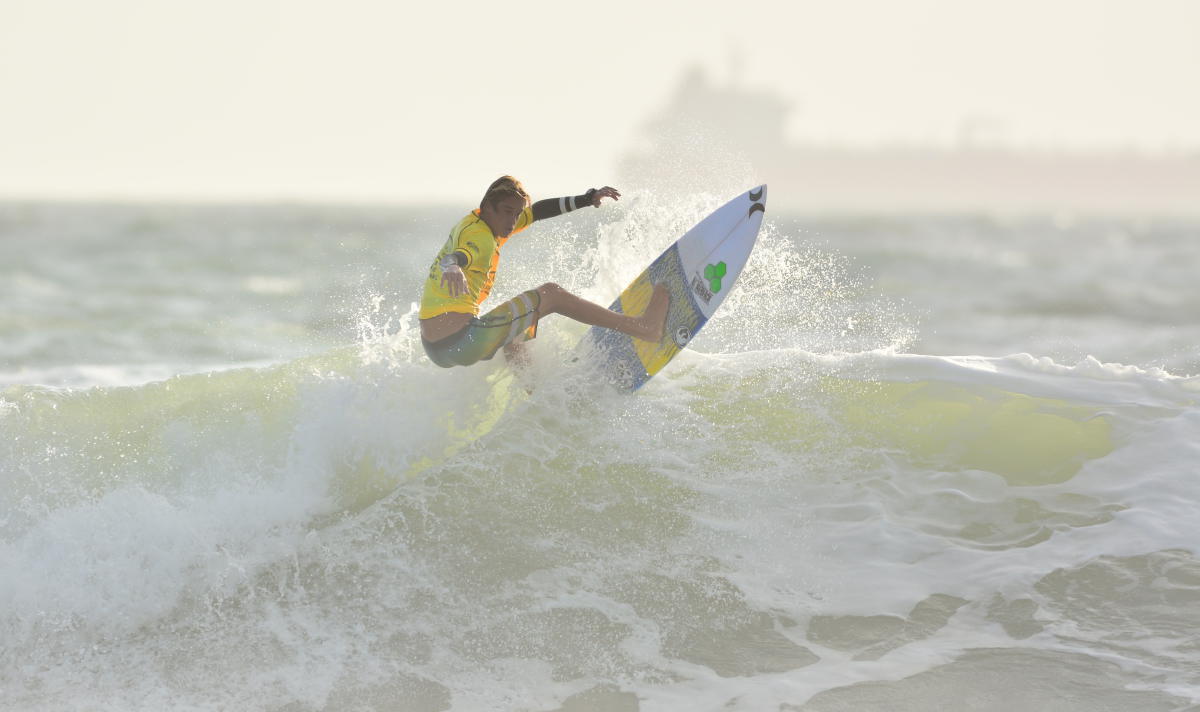 15) Posthumously, we recognise Zander Venezia. Zander won his first major East Coast regional title in the Open Juniors division at the NSSA Regional Championships in April held in New Smyrna Beach, Florida. However, the 16-year-old died tragically in September in a surfing accident. The World Surf League (WSL) North America Regional Junior Tour Champion trophy had added significance this year as it was officially dedicated to the late Zander Venezia, in honor of his contribution and impact on the North American Junior Tour. Zander also worked closely with Variety – The Children’s Charity as they taught children with special needs to surf because of its therapeutic effects.

Who else would you nominate for recognition and why?

US Open: Darian King thanks everyone as he preps to face A. Zverev