WATCH: 15,000 reasons for Leadpipe and Jus Jay to smile 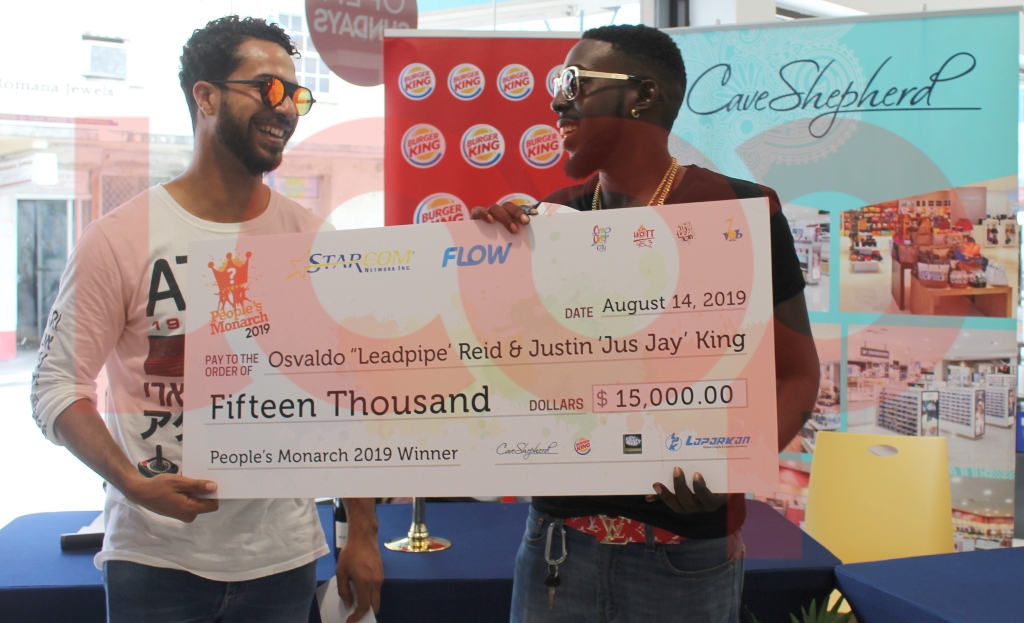 ‘Sometime’ has been arguably the most infectious tune for the 2019 Crop Over season and the people of Barbados agreed when they cast their vote in the Starcom Network/FLOW People’s Monarch.

On Wednesday afternoon, the ground floor of Cave Shepherd department store was transformed into a mini-soca party when the presentation of the cheque of $15,000 was made to Osvaldo Leadpipe Reid and Justin Jus Jay King.

Advertising Manager with Starcom Network, Vilmore Johnson, said there was an “overwhelming number of votes in the grand final” which saw ‘Sometime’ go up against Hypasounds ‘Fair Sa’.

Leadpipe gained 73 per cent of the votes and Hypasounds- 27 per cent.

Johnson also revealed the total number of votes for 2019 exceeded those made in the 2018 competition, particularly in the final round when “votes went through the roof”.

“We have to thank all of you in Barbados, you guys did a really good job to make sure that we sustain this promotion and show that this promotion is the people’s choice for Crop Over.’

Lil Rick speaks on 'war' between Marzville and SK