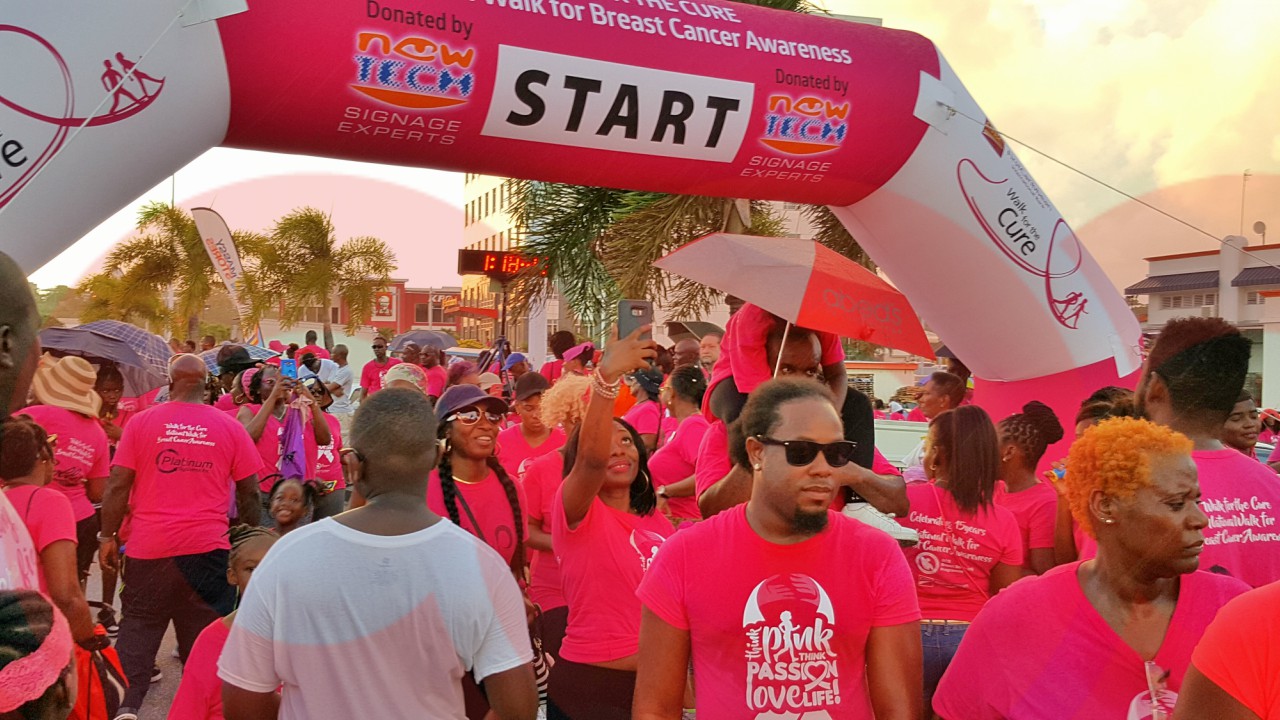 If a percentage of people don pink and walk in the CIBC FirstCaribbean Walk for the Cure Breast Cancer Awareness event for fun, it is but a handful, as the majority participate because they understand the significant impact of breast cancer.

Giving this assurance was Medical Coordinator of the Breast Screening Programme (BSP) of the Barbados CancerSociety, Dr. Shirley Hanoman-Jhagroo.

As the sun set on yet another successful Walk for the Cure, she told Loop News:

Delighted she also highlighted the increasing support for the event that as seen through sponsors’ enthusiasm to willingly partner despite the challenges.

Dr. Jhagroo admitted that with each Walk for the Cure the task of securing sponsorship is “definitely” getting easier and better annually.

Humbly, she disclosed, “I mean this year a few who had sponsored before just cut down on how much you know, but that’s to be expected in a situation where the economic climate is not as good as one would expect it to be, so people have to but most of them kept on but reduced the amount. And then we’ve got few new ones. Up Beat came on and provided us with T-shirts, their own T-shirts that they made and then they have it at their outlet which I thought that was very good and then Cherish came on and that was a very good outlet in town and they helped.

“Generally speaking, corporate Barbados has been very good and the general public responded extremely well to this.”

So she reiterated, “It is the minority that look at this as just doing it for fun.”

Looking around at the numerous volunteers including Girl Guides, school students, members of the Barbados Defence Force and others, she said they too are very passionate giving of their time, service and effort.

Deeming this Walk for the Cure 2017 the biggest to date, she asserted, “We’re excited because we definitely had more people than last year and when you see that, you know that it is growing. I think we had about 18 000 because when I look at the T-shirts we have left, it’s about that, which is good. It means that the awareness is growing.”

Less than 100 persons accepted the 10K run challenge from Warrens to the Norman Niles roundabout and back, but there was no shortage of people signed up for the 5K run and walk route as thousands altogether moved from Warrens towards Queen's College and back to Warrens before engaging in some cool down exercises in the parking lot of the Warrens Massy Superstore.

Burger King supports Walk for the Cure for second year