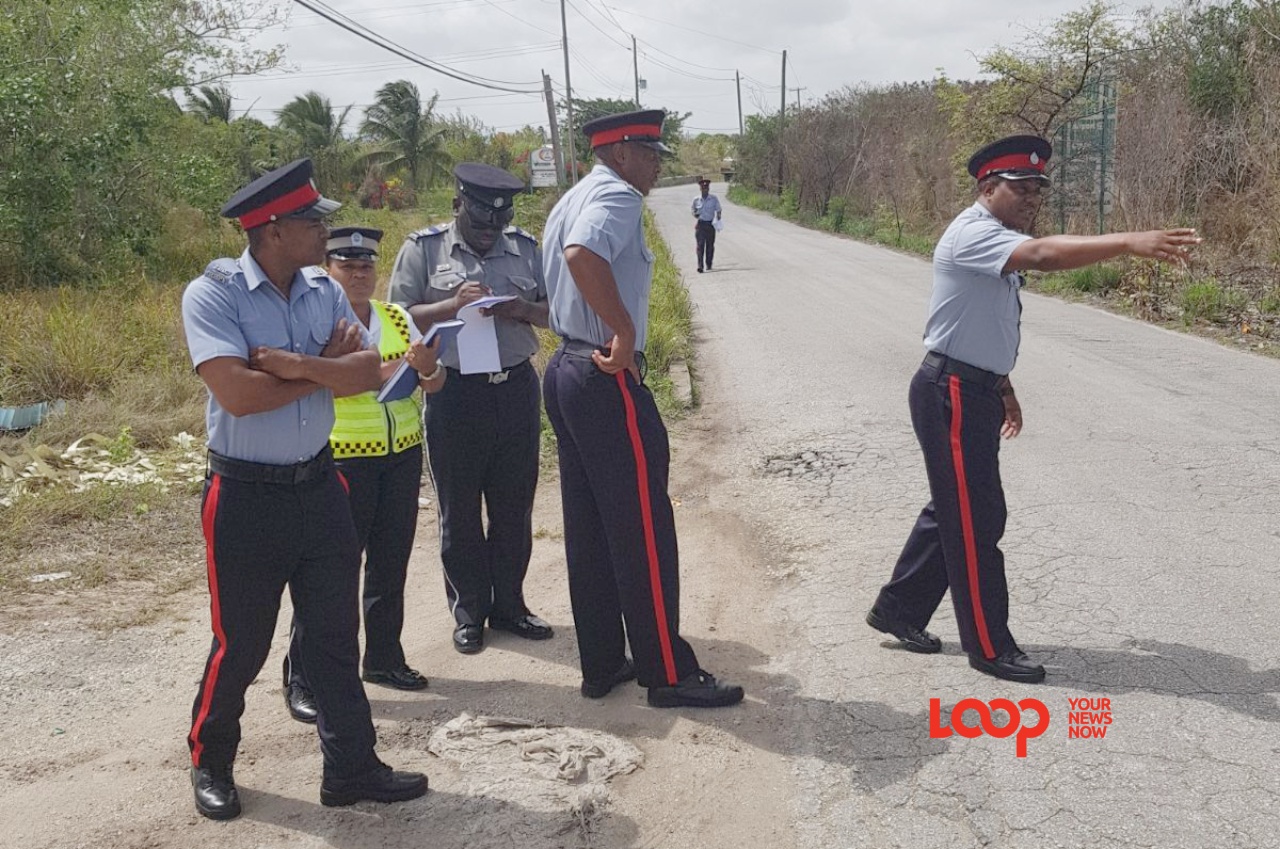 Barbados is one fatality away from 20 and this is only the sixth month of 2018.

Such alarming statistics come in the wake of 2017’s 28 road fatalities. But after recording only 10 in 2016, a call is being made for consistent and continued road safety audits across Barbados to reduce or remove the issue of accidents and by extension, road fatalities.

Road fatalities for 2018 already stand at 19 from 17 accidents, with some persons succumbing to their injuries weeks after the accidents, and approximately 20 Barbadians including 17 members of the Royal Barbados Police Force (RBPF) have engaged in a Road Safety Audit as part of their Collision Investigation Course.

Acting Inspector, Rodney Inniss who is conducting the audit – theory and practical components, told Loop News: “Road safety audits need to be continued at every level, at every juncture where we see something wrong.”

Besides the local police, there are two persons from her Majesty’s Prison and one from the Transport Board, and then in terms of regionally, six officers from St. Kitts, St. Lucia and Antigua join them.

Speaking to the takeaways from today’s exercise, Inniss said: “We enlightened police officers and road users about safety and how it affects the categories of road users in varying from truck drivers, motorcar drivers, pedal cyclists, motorcyclists and pedal cyclists and how manoeuvres on the road can impact in various ways.

“We looked at the physical structure of our roads whereby persons may have collisions in certain areas because of poor lighting, poor signage, overgrowth of vegetation, the structure of the junction itself, lack of warning signs and advance warning signs, a whole set of different constructs come into the melting pot of things to make it safe for drivers.”

Therefore, he said that at the three sites they “interrogated and investigated why collisions and accidents occur and where we have black spots or cluster sites, we examined why they occurred and what we can do to make it right to eradicate the occurrences.”

Inniss said that the session was very holistic, fun, and interactive, and he hopes that it helped both the participants and drivers who they stopped and interacted with to be more vigilant.

To the officers who may be dispatched to accident scenes, he added that it should “open their eyes at investigations to take steps to remedy and be proactive to eradicate those accidents from happening again.”

~ LOOP extends condolences and deepest sympathy to families and friends who said goodbye to a loved one this year due to a road accident.

Download the Loop News Caribbean app on the App Store:http://bit.ly/GetiLoop

Victim dies a month after 'Hit and run'; Driver at large still