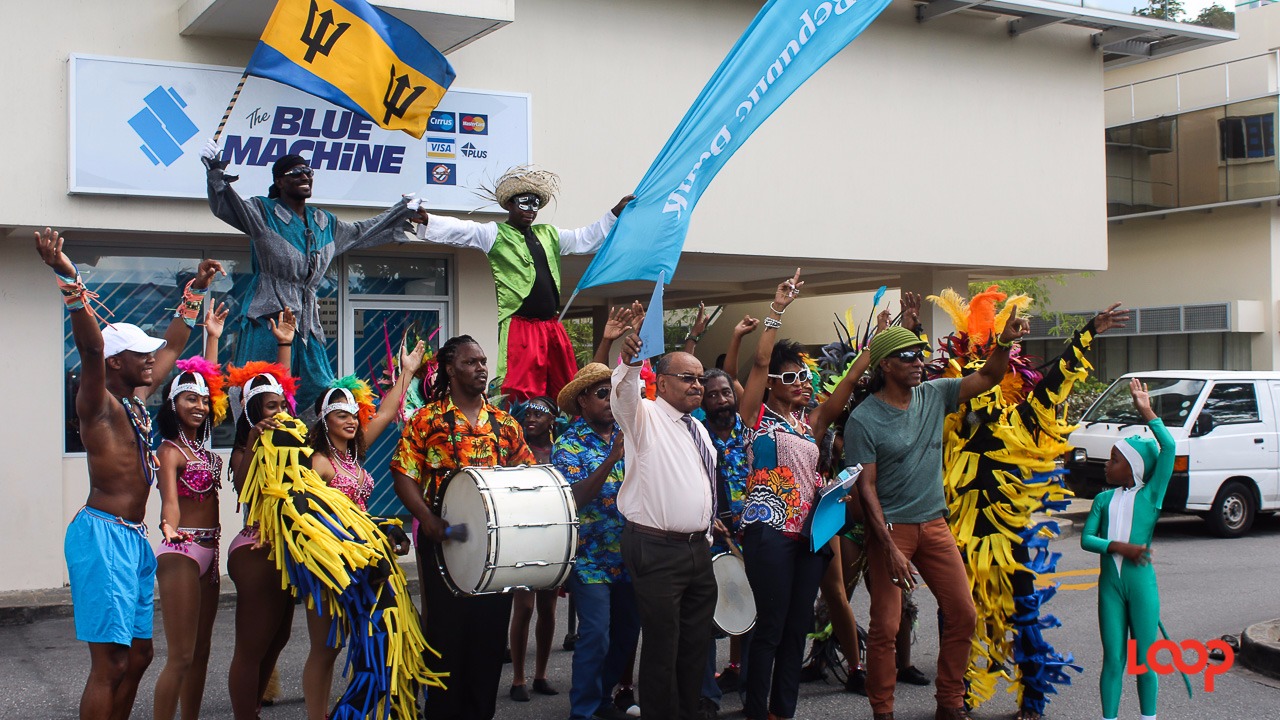 The growing number of bands registering for the Republic Bank Grand Kadooment may very well force the powers that be to extend Kadooment for two days or offer two routes.

Word of this came from the Producer of Grand Kadooment, Adisa ‘Aja’ Andwele.

Speaking to the media he said that the involvement of Republic Bank as title sponsor over the past three years has seen Grand Kadooment evolve and grow and he added:

“I’m seeing… as we continue to expand we can hopefully reach the stage where that one day of Grand Kadooment is not enough, it would have to be two days because 40 bands coming down and celebrities from all over the world are just zooming in on Barbados. That is where it is going.”

He made the comment at the launch of Grand Kadooment at the Republic Bank Warrens Branch yesterday.

Expanding on the point, he spoke to Loop News on the sidelines of the event.

“The trend over the past couple years in terms of registration of bands, we have like 33-odd bands registered this year. This is the biggest registration in a long time. Now if 33 bands come through the stadium… If this trend continues and next year they got 35 or 40 bands registered, there is no way 40 bands could parade between 7:00 am, 8:00 am, and 6:00 pm. Either you got to get two routes or go to two days or both.”

Asked if he means two days of feathered mas or a non-costume day and a costume-themed day, he said, “I’m not even going that route, just in terms of numbers. Right now it is 22 bands, 22 bands give us trouble to get them down on time at Spring Garden before the cut-off time 6:00 pm. Thirty-three bands registered today, if all 33 come this year it gine be a struggle to get them down. So if you go to 35 or 40, it cannot work. One day cannot work. You would need two routes and or two days.”

And he said that he is not only excited about such happening, but he welcomes it.

NCF gets thumbs up for Opening Gala move