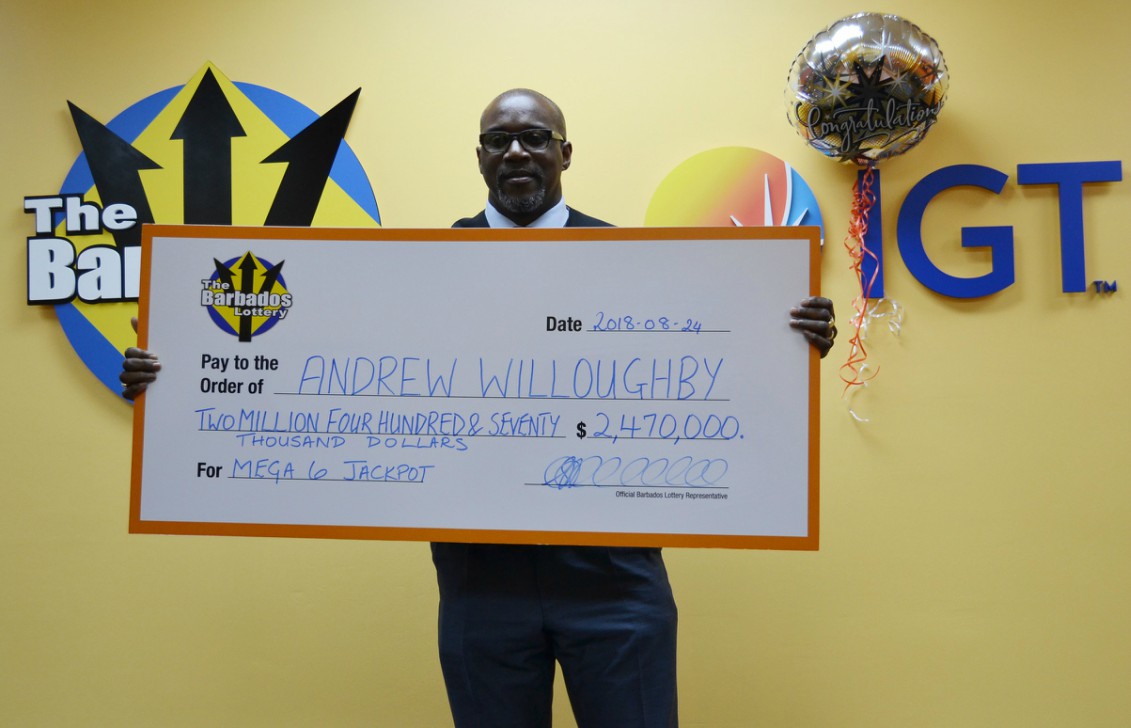 Andrew Willoughby, accepting the winnings on behalf of his client- the winner of the August 16, 2018 Mega 6 Jackpot.

The winner, aged in her 40s, bought the golden ticket at the Reddy Kilowatt Co-op Society in Garrison, St. Michael.

Attorney-at-law, Andrew Willoughby accepted a “Big Cheque” on behalf of his client at a press conference on Friday, August 24, 2018.

“She’s normally very shy,” Willoughby said of his client. “She is elated, yet still in shock and disbelief that she has won.”

This lucky Barbadian woman plans to use her winnings wisely: to pay her bills, clear her debt – and invest the remainder.

Approximately 15 percent of Mega 6 prizes have not been claimed, outside the jackpot, according to The Barbados Lottery.

“We take this opportunity to remind our players that they receive cash winnings for three and more numbers,” pointed out Hee Chung.

“We encourage our players to continue to check their tickets, even though they may not have won the jackpot,” urged The Barbados Lottery’s Hee Chung. In the 90 drawings prior to the Mega 6 multi-million jackpot hit, a total of 172,954 winning tickets were sold, valued at in excess of $935,000.

Over $1 million to upgrade license printing