20 reasons why Bajan school days were the best 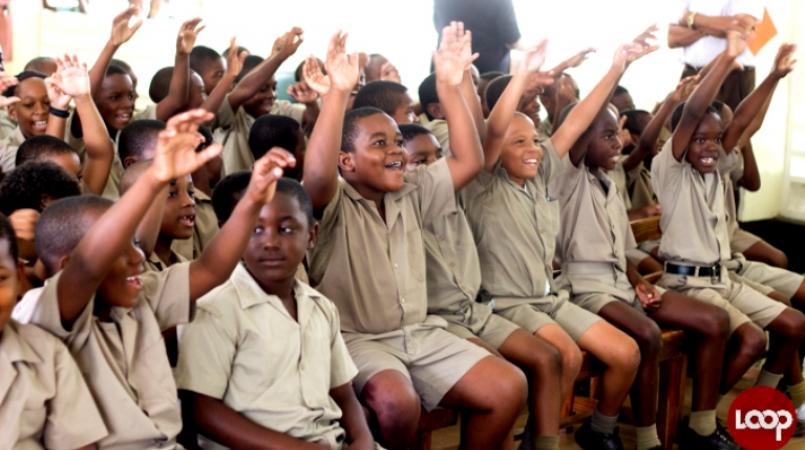 School days may be over for a lot of us but that doesn't stop us from missing the good times we had.

I know! I know! I miss them too but time is irreversible so what can you do but reminisce and drown yourself in a sea of nostalgia and mentally relive the good ole days?

Though not completely perfect, we all consider our days as a student some of the greatest and most blissful.

1. De milk at break time – Nuff children used to go back for thirds and fourths and if ya did hate milk there was always a friend willing to take one for de team.

2. Sleeping in the afternoon after lunch – After lunch break, nursery and/reception students at some primary schools here in Barbados would get a nap time.

4. 20 cents for lunch ‘cause a dollar could guarantee you lunch for a whole week – Thanks to the Rt. Hon. Errol Walton Barrow school meals in Barbadian primary schools was basically free and only cost one dollar per week. Wuh dahz a bargain!?

5. Swimming lessons pon a Friday – When in primary school, there was no shortage of extra-curricular activities and during my days as a primary school student, when ya reach Class 1 ya used to get to go to swimming lessons at the Aquatic Centre in Wildey where ya would meet up with students from other schools.

6. Writing with a black lead (a pencil) – Unless you were fancy and had a pen-pencil ya had to write wid a black lead (fat or bony).

7. Getting that extra dollar for dress day – Ya was rich, fam.

8. Getting “all right” on an assignment or a gold star was big ting! – Scoring a hundred on anything even if it was tracing was noteworthy and a good self-esteem boost.

9. Runnin’ ‘bout – Besides being the initial training method for many of today’s Barbadian athletes, this staple in primary school life kept many of us pretty fit and for those who were “hard ears” or hyper this athletic therapy came in handy.

10. School Fairs - Fun-days and lucky dips were nice and all but ya see a primary school fair? Wuhloss! Bare action and most of ya time was spent in de jumping tent and de dancehall!

1. This is where you met most of your lifelong friends – Ah lie!?

2. Free periods were like mini-vacations during the day – When you reached senior school, you were introduced to this glorious thing called “Free periods”. Though intended for productive study sessions, free periods were a coveted time for relaxing and breezin’ wid ya friends… and skipping class with a friend who had a free period, even if you didn't.

3. School tours/Field trips – Most of the time ya used to get to visit someplace fun that ya never went before while spending a good set of the day off-site.

4. Wearing tie and long pants or skirt and bodice - As a senior, this was the equivalent to wearing a three-piece suit with a swizzle tail or a ball gown; ya was official.

5. Telescope time-table – Who doesn’t love a shorter school day? Usually implemented during Sports term (January – March) this type of timetable was used to accommodate track and field eliminations during that time. A few minutes were taken from the end of each period to create a new period at the end of the day.

6. Prefect Exchange Day – Of course, all of ya friends didn’t pass for the same school as you so if you were a prefect this was an annual friends reunion.

7. Valentine’s Day requests – If you had a crush and were struggling to convey your feelings to them, a Valentine’s request was your time to shine and anonymously profess your love.

8. Dress days and first days – these two momentous occasions were equivalent to the Met Gala and if you had on school clothes on a dress day or you weren’t rocking NEW brand name gear, you wasn’t sayin’ nuffin’!

9. INTER-SCHOOL SPORTS!!! - drums, wukkin’ up, schools clashing each other with chants in the stands... Oh, the track and field was good too.

10. Having an operating, functioning school - if ya went to Louis Lynch.

- Kicks and bites anyone!?

- Writing up your friends' uniform on the last day of school.

What are some of your favourite memories?