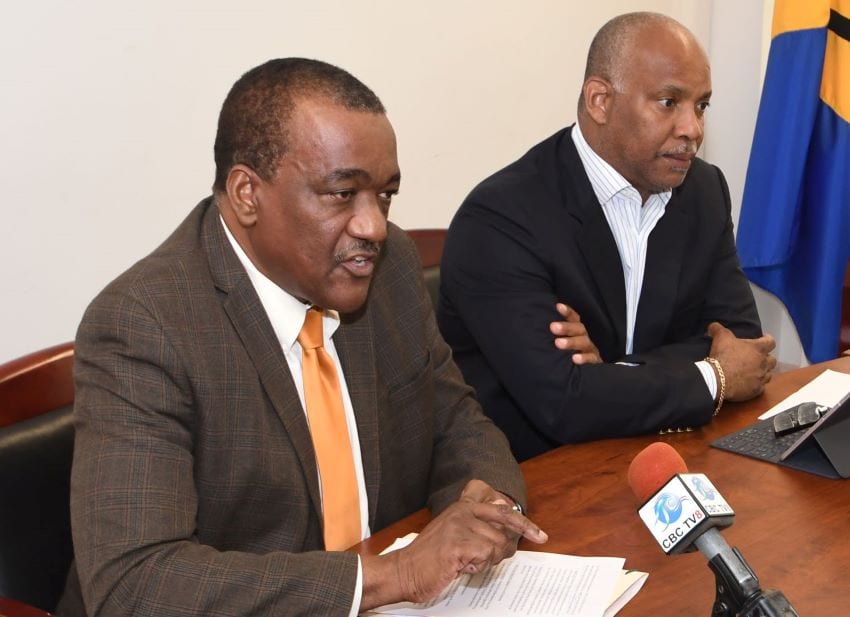 Government will now commence the 24-hour service at the Winston Scott Polyclinic on July 1.

This disclosure came from Minister of Health and Wellness, Lieutenant Colonel Jeffrey Bostic, during a press conference at his ministry at Culloden Road, St. Michael.

He had met earlier in the day with officials from the union, where he shared government’s decision.

Lt. Colonel Bostic told the media: ““I am happy to report that everything is in order for the start of this service on the first of July, and that we will spend the next several days doing some orientation for the staff at the Winston Scott Polyclinic, so that the new staff would be familiar with exactly what it is we expect them to do….

“This service is absolutely necessary in this country.  The Queen Elizabeth Hospital’s (QEH) Accident and Emergency Department has been under considerable stress for the last few years….  But even more than that, the intention of having these two polyclinics operating 24 hours was to create greater capacity in this country for the delivery of urgent care and emergency services, and this is something that is critically important, as we seek to decentralize some of the things that are now happening in St. Michael, within the Bridgetown area.”

Government had earlier announced that the David Thompson Health and Social Services Complex and the Winston Scott Polyclinic would have offered 24-hour services from June 1, but it was later postponed.

The minister said some issues were raised by the union and staff, and the ministry recognized that it would not have been in the interest of the public to commence the services then.

“So, we spent the last several days trying to deal with this issue.  The ministry [then] went back to Cabinet with a recommendation, which was accepted….

“We decided we are going to concentrate all of our resources in one polyclinic, so that we could have this service started on the first of July….  We are doing this in the interest of the people of Barbados, who are expecting that this service will be operationalized on their behalf,” he emphasized.

He noted that the ministry had recruited eight doctors, 14 nurses and other personnel to work at the polyclinic.

Lt. Colonel Bostic said the doctors and nurses who would be operating within the 24-hour polyclinic undertook a certification course, which was executed by the Accident and Emergency Department staff of the Queen Elizabeth Hospital, to ensure there was a seamless transition to the emergency care system.

“The hospital has really taken this on board, providing training in urgent care and emergency care to these persons who will be operating this 24-hour service.  The hospital intends to continue to work with us…to ensure that the level of service that is being rendered is certainly in keeping with what one would expect at the Accident and Emergency Department of the QEH,” he stressed.

He explained that the 24-hour service was intended to capture 30 or 35 per cent of persons who went to the Accident and Emergency Department because there was no other public health facility open at that time.

The minister thanked the unions, saying they had offered valuable contributions during their discussions on the 24-hour service.

“We received good guidance and support in the early months of the planning for the 24-hour service from the unions. There were issues that they raised that were valid, and we had to resolve those issues, and that is why we did not commence the service in October last year….

“We will be providing transportation to take those members of staff who have to operate at a time where buses either will not be running, or certainly that they will have difficulty in getting home or getting to work, that is part of it,” he stated.

Lt. Colonel Bostic said government would revisit the David Thompson Health and Social Services Complex once they were able to see how the system functioned at the Winston Scott Polyclinic.