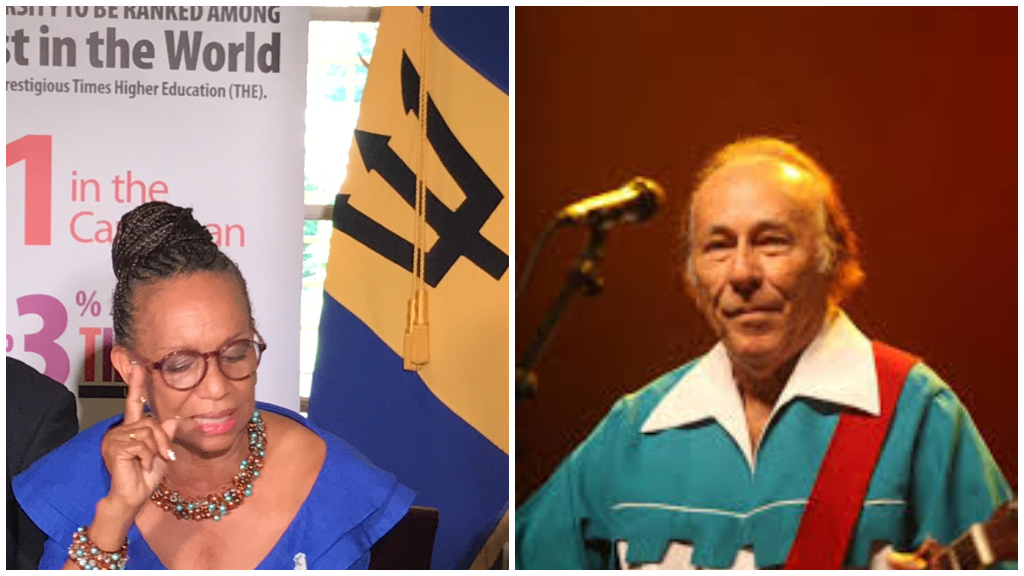 Her Excellency Dame Sandra Prunella Mason, Dame Grand Cross of the Most Distinguished Order of Saint Michael and Saint George, Dame of St. Andrew, Queen’s Counsel, Governor-General of Barbados, has consented to the announcement of National Honours on the occasion of the Fifty-third Anniversary of Independence of Barbados.

Over the years, awards have been made to persons in various fields of endeavour.  This year the public and private sectors are represented in the areas of business and entrepreneurship, public service, sports, education, the Trade Union Movement, entertainment, culture, humanitarian and philanthropic efforts, and community service.

Awards of National Honours for

ORDER OF THE FREEDOM OF BARBADOS

For extraordinary service to Barbados, the Caribbean Diaspora or to humanity at large.

For her outstanding contribution to tertiary education and pioneering leadership in the development of gender studies and the promotion of gender equality.

For his seminal work in music, in particular, his contribution to the art form of calypso, as well as, folk music through an exceptional repertoire of lyrics and melody, and his work with youth in music.

HONORARY AWARDS (ORDER OF THE FREEDOM OF BARBADOS)

As President of Ghana for his distinguished and extraordinary service to Barbados, the Caribbean Diaspora and to humanity at large.

For extraordinary and outstanding achievement in service of Barbados and to humanity at large.

For being the creative force in the establishment and the development of the internationally renowned Merrymen and its unique genre of music.

For distinguished national achievement and merit.

For her outstanding contribution to public service in Barbados and to diplomacy and development through high-level representation in the region and the Commonwealth.

For his service in politics, contribution to parliamentary debate and literature.

For his outstanding work in the legal profession and public service.

For highly meritorious service or achievement in science, the arts, literature, sports, civic duties or any other endeavour worthy of national recognition.

For her contribution to Public Health in Barbados and the region.

For his contribution to farming and agriculture.

For his contribution to music and the development of culture.

For his service in the development of sports and sports administration.

For meritorious service or achievement in science, the arts, literature, sports, civic duties or any other endeavour worthy of national recognition.

For his contribution to the construction industry and service to the community as a member of the Lions Club International.

For his contribution to education and the criminal justice system.

For her contribution to the teaching profession.

For meritorious work in the civil, fire, military, police, prison or other protective services or any other similar field of endeavour.

For his service to Public Health as a microbiologist and in particular his contribution to research into the Sahara dust.

For his contribution to the trade union movement and the teaching service.

For his contribution to education, training and the Salvation Army.

For her contribution to Public Health, Nursing and the Barbados Nurses Association.

For her committed service and dedication in the Registration Department and assignments in the Supreme Court of Barbados.

For meritorious work in the civil, fire, military, police, prison or other protective services or any other similar field of endeavour.

For her steadfast contribution as a community worker.

For his work in the tourism sector in particular tours of the island.

For his dedicated and active service in the community and pastoral work with parishioners for over half a century.

For his dedicated service in the households of four Prime Ministers.

For her community service and in particular her special work with children.

For acts of bravery in hazardous circumstances.

For his heroic efforts in rescuing a teenager from 100ft well. This occurred on July 4, 2019.

Barbados 101: What are the National Awards?