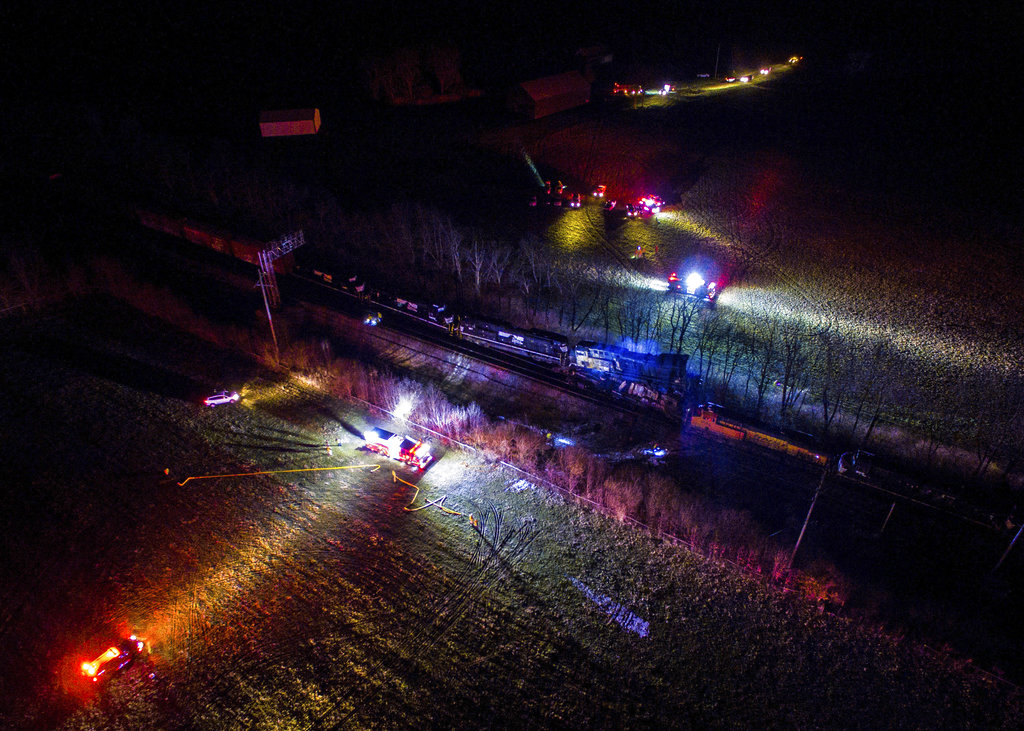 Nearby residents were evacuated "out of an abundance of caution after the crash was reported at 11:14 p.m., Lexington Fire Lt. Jessica Bowman told The Associated Press. Bowman said she couldn't confirm what substance had spilled and was burning, but the people were allowed to return home once safety risks were ruled out.

Police told the Scott County School superintendent, Kevin Hub, to open schools as emergency shelters, and buses were sent to the neighborhood to collect people without transportation. Hub said he could see smoke billowing from the scene and they were prepared to receive hundreds of people. The Red Cross even arrived with snacks. Shortly after many residents arrived, they were able to return home.

Bowman said she had no information about the four injured and their conditions. The crash remains under investigation.

At Lemons Hill Elementary, Christina Griffen said she was asleep when neighbors called her around 11:30 p.m. to say they needed to evacuate. As she and her son were leaving, an officer warned them to get out of the neighborhood, she said.

Betty Boyner had just laid down when she heard what she thought was something exploding.

"We thought, what the hell was that? Was it a train? Was it a trailer? We didn't see any smoke," she said. Then she then got a call from her son in Missouri asking if they were being evacuated. He'd apparently received a text from a friend who saw the accident on Facebook, she said.

She grabbed her purse and a pillow and headed over to the elementary school.