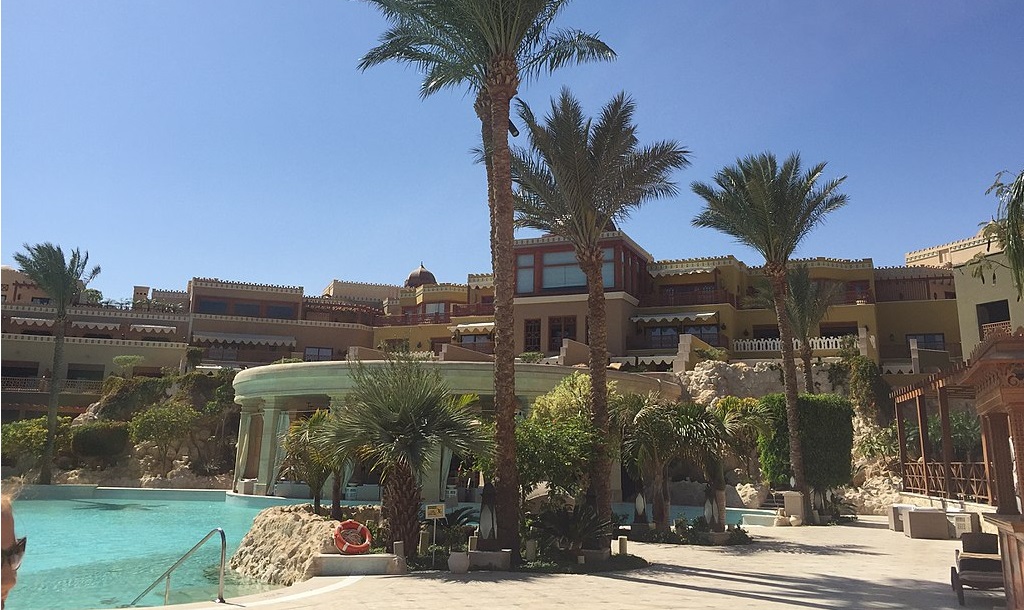 Egypt's Interior Ministry says six foreign tourists, of different nationalities, were wounded when a man attacked them with a knife in the Red Sea resort of Hurghada.

The ministry says the assailant was arrested immediately after the stabbings on Friday. It says the initial investigation shows the man sneaked into a hotel by swimming from a nearby beach and attacked the tourists. The motive for his attack was not known.

The ministry says the tourists were rushed to a local hospital. It gave no further details and did not provide the nationalities of the tourists.

The attack came hours after five policemen were shot to death in Cairo's twin city of Giza when suspected Islamic militants opened fire on their vehicle early in the morning.

Insurgents have carried out a number of attacks in Egypt since the 2013 military ouster of an elected Islamist president. The violence has been concentrated in the northern Sinai Peninsula, but there have also been several attacks on the mainland, including in the capital.

The shadowy group Hasm, believed to be affiliated to the banned Muslim Brotherhood, has claimed responsibility for similar attacks.