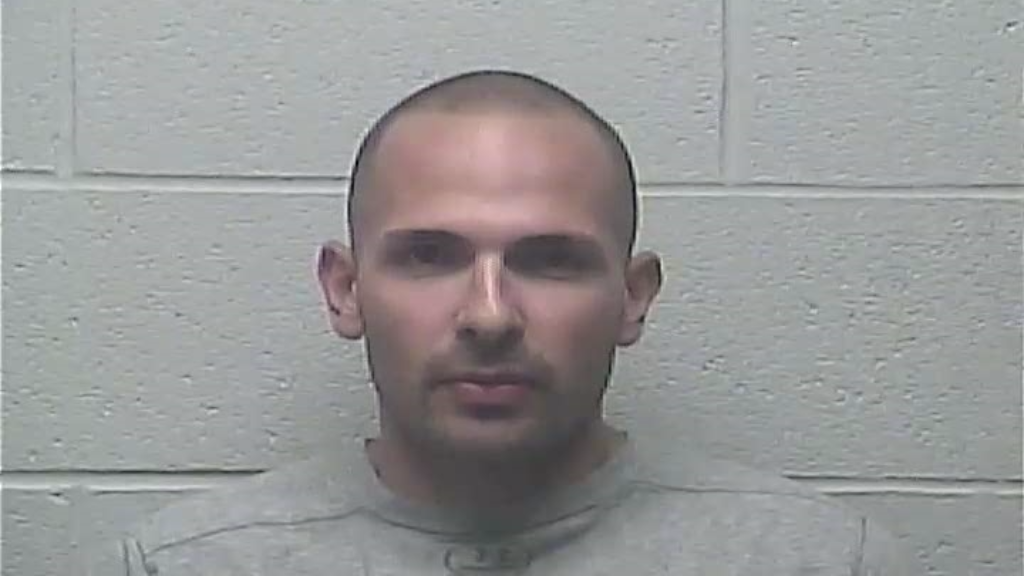 A former deputy U.S. Marshal based in central North Dakota was sentenced Wednesday to seven years in federal prison for receiving child pornography.

According to a release from US Customs Immigration and Enforcement, the sentence resulted from an investigation by U.S. Immigration and Customs Enforcement's (ICE) Homeland Security Investigations (HSI), the Bismarck (North Dakota) Police Department, the North Dakota Crime Bureau's Internet Crimes Against Children Task Force, and the U.S. Department of Justice's Office of the Inspector General.

Michael David Rivera, 30, of Bismarck, North Dakota, was sentenced to seven years in prison on one count of receiving illicit images depicting the sexual exploitation of minors.

"It is appropriate that this former federal law enforcement officer faced a federal judge in North Dakota for his offenses. This case proves that no one is above the law, including those federal officers who have previously sworn an oath to protect and serve our nation," said U.S. Attorney Randolph J. Seiler, District of South Dakota.

"Here, the U.S. Attorney's Office for the District of North Dakota followed approved Department of Justice procedures to resolve any conflict or the appearance of impropriety it might have had, based upon its prior work alongside this disgraced officer. Appropriate steps were taken, as is done in every case, regardless of who the defendant is, to see that justice is done."

Seiler also commended the federal judiciary in Bismarck, which took steps to transfer the case to Fargo, since Rivera had a working relationship with courthouse employees in Bismarck.

In June 2016, state and federal law enforcement authorities learned that Rivera, who was at the time a deputy U.S. Marshal working at the federal courthouse in Bismarck, had been surreptitiously recording a variety of women, including juveniles, in various stages of undress while they were in fitting rooms of local retail stores.

Authorities obtained search warrants for digital and computer media that were executed at Rivera's apartment, his vehicle parked at the federal courthouse, and on his person. At his apartment, officers seized a computer. Rivera was arrested on state charges related to the surreptitious recording of the adult and juvenile females, which were separately handled by state court authorities in Burleigh County, North Dakota.

A forensic examination of Rivera's computer discovered downloaded videos and images, including 36 still images and 52 videos of child pornography. A review of some of the downloaded videos included the sexual abuse of children, including toddlers and other children ages 6 to 11.

The search also revealed bookmarks, cache records, web history, and web visits commonly associated with child pornography and voyeur searches. Internet access logs on the computer indicate some of the child pornography was received and accessed by Rivera between April and June 2016 in the District of North Dakota.  Rivera used the internet to access visual depictions of minors engaging in sexually explicit conduct.

Rivera no longer is employed with U.S. Marshals Service.

Rivera was remanded back to state authorities to face his state court sentencing later this summer.

This investigation was conducted under HSI's Operation Predator, an international initiative to protect children from sexual predators. Since the launch of Operation Predator in 2003, HSI has arrested more than 14,000 individuals for crimes against children, including the production and distribution of online child pornography, traveling overseas for sex with minors, and sex trafficking of children.

In fiscal year 2015, nearly 2,400 individuals were arrested by HSI special agents under this initiative and more than 1,000 victims identified or rescued.

HSI encourages the public to report suspected child predators and any suspicious activity through its toll-free Tip Line at 1-866-DHS-2-ICE or by completing its online tip form. Both are staffed around the clock by investigators. From outside the U.S. and Canada, callers should dial 802-872-6199. Hearing impaired users can call TTY 802-872-6196.