76ers win without Embiid, Warriors bounce back in big way 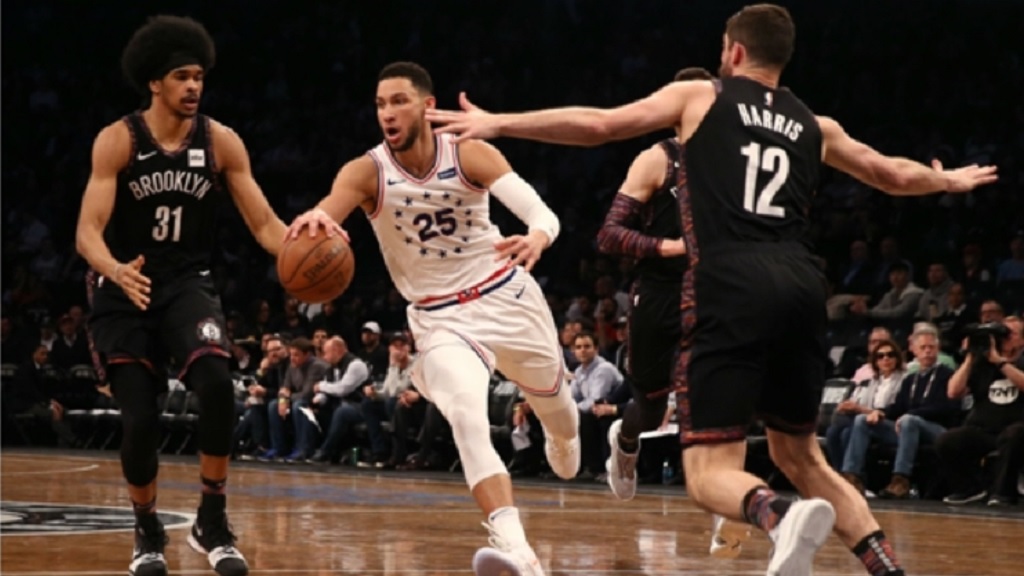 The Philadelphia 76ers managed to come away with a victory over the Brooklyn Nets despite not having one of their best players on Thursday.

Philadelphia took home a 131-115 win over the Nets in game three of their opening round playoff series at the Barclays Center. The team was without Joel Embiid, who missed the matchup as he continues to deal with knee soreness.

"It is becoming better slowly but surely," Embiid said before the game, via ESPN. "We just have to be smart about how we handle it every single day. But I'm sure these guys won't let me get on the court if there's a chance of something bad happening. So, I just got to trust the process.

"Some days you got your days, and some other days are different. So, even in the games that I play, I just try to go out there and try to play for these guys, I try to help us win the series."

Philadelphia entered the third quarter leading by seven and pulled away in the final period to secure the victory. They now lead the series 2-1.

Ben Simmons scored a game-high 31 points and dished out nine assists to lead Philadelphia to the win. D'Angelo Russell finished with 26 points for the Nets in the losing effort.

Meanwhile, the Golden State Warriors dominated the Los Angeles Clippers from start to finish at the Staples Center.

Golden State jumped out to an early lead, pushed their advantage to 21 by half-time and never looked back, cruising to an easy 132-105 road win.

The Warriors connected on 54.8 percent of their shots from the field and knocked down 15 of their 35 three-point attempts.

Kevin Durant was fantastic for Golden State as he finished with 38 points on 14-of-23 shooting. Stephen Curry battled foul trouble but still tallied 21 points.

The Warriors took a 2-1 advantage in the series with the victory. They led by as many as 31 points in game two but collapsed as the Clippers rallied for a win. Golden State did not make the same mistake on Thursday.

Elsewhere, the seventh-seeded San Antonio Spurs grabbed a 2-1 lead in their series against the Denver Nuggets with a home win.

The teams battled through the first three quarters before the Spurts took command in the final period en route to the 118-108 victory.

Tobias Harris tallied 29 points and grabbed 16 rebounds in the 76ers' win. He also knocked down all six of his three-point attempts.

Philadelphia center Boban Marjanovic came off the bench and registered a surprising 14 points, along with eight rebounds, against the Nets.

Joe Harris was two of seven shooting and finished with a minus-27 in the Nets' loss.

Nuggets wing Gary Harris knocked down just four of his 13 shots and was a minus-27 in the loss to the Spurs.

Clippers wing Danilo Gallinari was two-of-13 shooting and missed all eight of his three-point attempts in his team's loss to the Warriors.

Portland have dominated the Thunder so far and enter play on Friday with a 2-0 lead. Oklahoma City, on the other hand, have struggled to find their rhythm through the first two games. The Trail Blazers will have a chance to essentially wrap up the series at Chesapeake Energy Arena.

Celtics rally for win over Pacers, Bucks pull away from Pistons