Skip to main content
Breaking News |
PM Browne: We can fix it! If LIAT is reorganised it can be saved
Man pronounced dead at Baywoods scene
Minister reaches 'gentlemen's agreement' with dumpers as a warning
1st Test: England crawl to 54-run lead vs West Indies at tea
Update: 12 more samples sent for COVID-19 testing
PM Rowley proposes community conversations on statue removals in T&T
PM: CPL to foot the bill for T&T quarantine
VIDEO: 33 Electric buses with Wi-Fi, accessible for the disabled
Victoria’s Secret rolls out the red carpet for first T&T outlet
Will pushes Jada to admit what she had with August was a relationship

9 Caribbean stars we are excited to see at Carifesta XIV 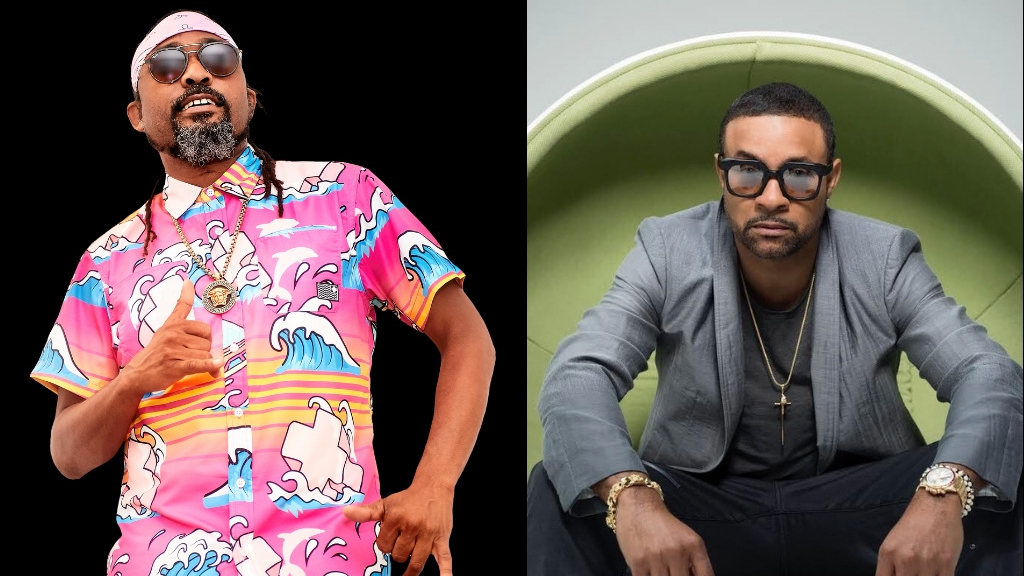 Carifesta, a celebration of Caribbean culture, will kick off in Trinidad and Tobago on August 16.

Contingents from Caricom member countries as well as Canada, Colombia, Curacao, Martinique and Guadeloupe will be descending into the twin island’s capital of Port-of-Spain for two weeks of dance and music events, workshops, symposiums, food events, film and literature events and much more.

With so many countries showing off their culture, they would be sending the best of the best to represent them among them some of the biggest names in arts and culture in the region.

Here are nine4 Caribbean stars that we are totally excited to see during Carifesta XIV.

Celebrating their 40th anniversary this year, this Guadeloupean band is one of the best to come out of the Caribbean. Inventors of Zouk music, the band is known for manyh hits namely Zouk la sé sèl médikaman nou ni which means Zouk is the only medicine we need. In 2019, band founder Jacob Desvarieux collaborated with soca star Machel Montano on the song Dance. Kassav, along with Montano and Shaggy, will headline the Island Beats concert on August 24 at the Queen’s Park Savannah in Port-of-Spain.

Known as Dominica’s First Lady of Creole, Ophelia Marie is also considered the Godmother of Cadence music and, is undoubtedly, the biggest female star from Dominica, having achieved international success with her music. Ophelia has been awarded the Maracas D’or in Paris, the Sisserou medal of honour and the Caribbean Cultural Icon award from the Carifesta committee – the only person to be awarded in the musical field as well as a Lifetime Achievement Award received from Sacem in Martinique, the Golden Drum Award in Dominica and the Sisserou Award. Ophelia will be among a cast of talented women from across the region for the By Women Only, For Everyone concert on August 17 at Naparima Bowl, San Fernando.

A writer and academic, Ngũgĩ wa Thiong'o was born in Kenya and writes primarily in Gikuyu,his native tongue. His work includes novels, plays, short stories, and essays, ranging from literary and social criticism to children's literature. Currently a Distinguished Professor of English and Comparative Literature at the University of California, Irvine, Thiong'o was imprisoned in 1977 for his sharp criticism of the inequalities and injustices of Kenyan society.  The experience forced him to abandon English as his primary language of creative writing and committed himself to writing in Gikuyu. Thiong'o would be interviewed by Professor Barbara Lalla at the Journey Round Myself Symposium from August 19 to 22.

The creator of L’Antech, a contemporary dance in Patois, this Jamaican choreographer and teacher is also the Artistic Director and founder of L'Acadco A United Caribbean Dance Force, the Daaancers HUT and WOW Productions. She lectures internationally on traditional dance forms such as Nyahbigini and dancehall and has appeared in the Luke Cage series as Madame Myrie as well as Chronixx’ Skankin Sweet video. Stines will conduct a workshop on dance during Carifesta’s Journey Round Myself Symposium.

The US-based acclaimed Trinidadian trumpeter is a Guggenheim Fellow in the Creative Arts who serves as Associate Professor of Jazz Studies at Michigan State University and is a NAACP Image Award winner for his work as Co-Producer, Composer, Arranger, Trumpeter and Percussionist on the album Petite Afrique by Somi. A member of the prestigious SFJAZZ Collective, Charles has been travelling the world with the octet in the last year performing in cities across Europe and the US as well as travelling with his own band to promote his latest album, Carnival the Sound of a People. Charles will conduct a workshop and Masterclass during Carifesta and will also perform at the Caribbean Jazz show on August 20.

Dodard‘s work works have been exhibited throughout Europe and the Americas and even served as the inspiration for Donna Karan’s 2012 Spring collection. They also had a joint exhibition together at the Museum of Contemporary Art in Miami. Referred to as the Picasso of Haiti, Dodard is known for his work across various media from paintings and sculpture to iron works and jewellery. Dodard’s work will be on display during Carifesta XIV.

An entertainer who needs little introduction, Shaggy has spent the last year touring the world with Sting to promote their 44/876 album, which was released on April 20, 2018. The album went on to win Best Reggae Album at the 61st Grammy awards. Known for global hits such as ‘Mr Boombastic’, ‘It Wasn’t Me’ and ‘Oh Carolina’, Shaggy has racked up no fewer than eight singles in the Billboard Hot 100, including two that went to number one, as well as seven albums on the Billboard 200, with four in the Top 40.In May he released his new album Wah Gwaan. Shaggy will be one of the headliners at the Island Beats Super Concert.

Known as the Soca Diva of Antigua, Peters has been a dominant voice in that country’s soca scene. Former lead vocalist with Da Bhann and Taxic, she was the first female artist to capture the Antigua Soca Monarch title with the song "All I Know" and won the competition from 2005 to 2008. Peters has won many awards including “The Best Female Artist” at the First Annual National Vibes Star Project Awards held in Antigua in 2005 and “The Best Soca Artist” at the Twilight Soca Awards for the song All I Know in 2005. Peters will in a star-studded cast for the By Women Only, For Everyone concert on August 17 at Naparima Bowl, San Fernando.

The biggest soca star in the world, Montano is one of the Carifesta ambassadors and will headline the Island Beats Super Concert. Winner of five International Soca Monarch titles and 10 Road Marches, Montano has been a driving force in soca for over 35 years. As he pushes soca to the corners of the globe, he has collaborated with the likes of Chaka Khan, Shaggy, Wyclef Jean, Pitbull, Beenie Man, Boyz II Men and, most recently, R&B singer Ashanti.

St Lucia to show the world its unique culture at CARIFESTA