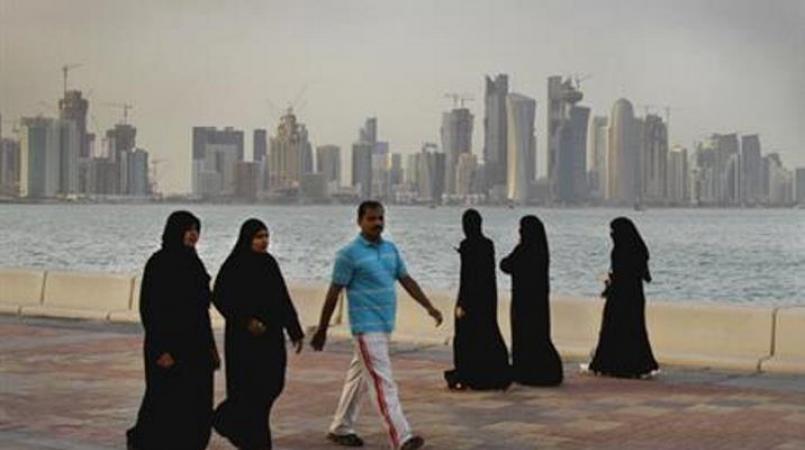 A member of Qatar's ruling family has paid $2 million to a Greek shoe salesman's firm to secure "proof of life" and ultimately free relatives and others kidnapped in Iraq over a year ago, presumably by Shiite militiamen.

The payment, disclosed in U.S. Justice Department documents examined by The Associated Press, shed new light on the opaque world of private hostage negotiation in the Middle East in a case that now involves hackers, encrypted internet communication and promises of millions of dollars in ransom payments.

The rare disclosure suggests Qatar could be trying to be more transparent with Washington, its main Western ally. The energy-rich country has long faced allegations of not doing enough to stop money from reaching Islamic extremists, including those fighting alongside the rebels in Syria.

"I just wonder if this is some way of twisting Qatar's arm to try to break off its funding, supplies and so on to these sorts of groups," said Christopher Davidson, a professor of Middle East politics at Durham University in Britain. "For them still to be missing all this time indicates it's not just about money."

The Qatari, Khalifa bin Fahed bin Mohammed Al Thani, signed a contract dated March 8 with a San Diego-based firm called Global Strategies Council Inc., according to documents filed to the Justice Department under the Foreign Agents Registration Act. The contract called for a $2 million payment up front, a large sum that's rare among other organizations filing these disclosures.

The contract calls for the group "to obtain proof of life," speak to government agencies and "attempt to negotiate with captors for the release of captive members of the royal family of Qatar."

Though not naming the Qataris held, the documents provide the first Qatari acknowledgment that those kidnapped included ruling family members.

Al Thani, the chairman of KBF Trading and Contracting Co. in Doha, did not respond to requests for comment.

Asked about the $2 million payment, Qatar's Government Communications Office issued a statement to the AP saying the U.S. firm was "retained by a Qatari citizen acting in a private capacity."

"We consider the hostage issue in Iraq of the utmost importance and it remains our top priority," the government said. "We continue to engage in securing their safe release."

The Dec. 16, 2015, abduction happened at dawn at a desert camp near the Saudi border in the southern Muthanna province, some 370 kilometers (230 miles) southeast of the capital, Baghdad. Gunmen kidnapped some two dozen Qataris and support staff who taking part in a falconry hunt. In April 2016, the Qatari Foreign Ministry said one of the hunters and "his Asian companion" were freed, but no word of the hostages has been made public since. The United Nations has said children were among those seized.

Iraqi officials say they have no new information about the kidnapping, but suspicion has fallen on Shiite militias. Muthanna is a predominantly Shiite province and is not a region where the Sunni extremists of the Islamic State group are known to operate.

Kidnappings for ransom have plagued Iraq for years following the 2003 U.S.-led ouster of dictator Saddam Hussein. Qataris in Iraq have proven tempting targets. Their small, peninsular nation, which will host the 2022 FIFA World Cup, has grown wealthy from its natural gas deposits.

Qatar also has flexed its political muscle in the greater Mideast. It launched the satellite news network Al-Jazeera and supports rebels fighting to overthrow Assad, who is supported by Shiite regional power Iran.

Qatar reportedly has been involved in facilitating ransom payments to free Westerners in Syria held by the local al-Qaida franchise as well, said David Andrew Weinberg, a senior fellow at the Washington-based Foundation for Defense of Democracies.

"Qatar has occupied a very politically tenuous space on the issue of hostage releases in the Middle East," said Weinberg, who has testified before the U.S. Congress on hostage payments. "It's particularly uncomfortable for the Qataris that they have been so successful as a sought-after party for help freeing Western hostages when they themselves are unable to work the same magic."

Qatar remains an important Western ally, hosting some 10,000 American troops and the forward headquarters of the U.S. military's Central Command. But Western officials have accused Qatar of allowing or even encouraging funding of Sunni extremists like al-Qaida's branch in Syria, once known as the Nusra Front.

Qatar hosts "these Kuwaiti and Saudi preachers who go to the mosques and say, 'You can perform jihad with your wallet,'" Davidson, the university professor, said. "We know that Qatari authorities turn a blind eye to that. They know the sympathies of many of their citizens."

Qatar denies funding extremists, though it is a key financial patron of the Hamas-controlled Gaza Strip and has been the home of exiled Hamas chief Khaled Mashaal since 2012.

It's unclear how Al Thani came in contact with the Global Strategies Council, which lists its director and CEO as Miltiade "Miltos" Goudamanis, a Greek national who now holds U.S. citizenship. Goudamanis works as international sales director for House of Brands, a San Diego-area shoe company, and is associated with a website called Naughty Monkey, which sells women's shoes. He and a lawyer listed for the council did not respond to requests for comment.

In recent weeks, the group apparently backed hackers who started a social media campaign and launched a website seeking information on the kidnapped Qataris on the darknet, a part of the internet hosted within an encrypted network and accessible only through specialized anonymity-providing tools. The darknet site asks: "Do you have a tip worth 25 million euro?"

"We understand money will always be a part of any equation," another social media post reads. "There is ALWAYS room for negotiation regarding any detail."

FEATURED IMAGE CAPTION: In this Saturday, April 7, 2012 file photo, with the new high-rise buildings of downtown Doha in the background, Qatari women and a man enjoy walking by the sea, in Doha, Qatar. A Qatari has made a $2 million payment to a Greek shoe salesman's firm in America to help it get "proof of life" and ultimately free ruling family members kidnapped in Iraq. The payment is the latest development in the abduction saga that began in December 2015.