I got your back! Is what the new member of Parliament Wilfred Abrahams shouted. (At left) is wife Natalie Abrahams.

It seemed a red-wash victory for the Barbados Labour Party in Christ Church East from the get-go. As the clock struck 5:15 am this morning, a crowd of supporters began to champ Dwayne Bravo's 'Champion' at the gates of St. Christopher Primary School for newly-elected Minister of Parliament Wilfred Abrahams.

Abrahams, joined by his wife Natalie donned a shy smile admitting that he was hardly ever speechless but in this case he was.

Around 1:40 am this morning, Friday, May 25, 2018, the first results of the 17 ballot boxes rolled in for  Abrahams and Lowe. The first of four boxes by Returning Officer Halam Archer, XA1, revealed Abrahams was leading with 247 votes and Lowe 65. In the second box, XA1, Lowe struggled behind with 6 votes while Abrahams strode ahead with 288. In the third box XA2 Abrahams led with 323 while Lowe had 88 and in XA2 Lowe had 90 with Abrahams leading with 294.

The second batch of results which rolled in at 3:00 am further proved Abrahams as the Christ Church East candidate hopeful with the first box, XA3 A-Z  with 260 votes and Denis Lowe 83, the second box, XE1 A-Z held 341 for him and Denis Lowe got 137. 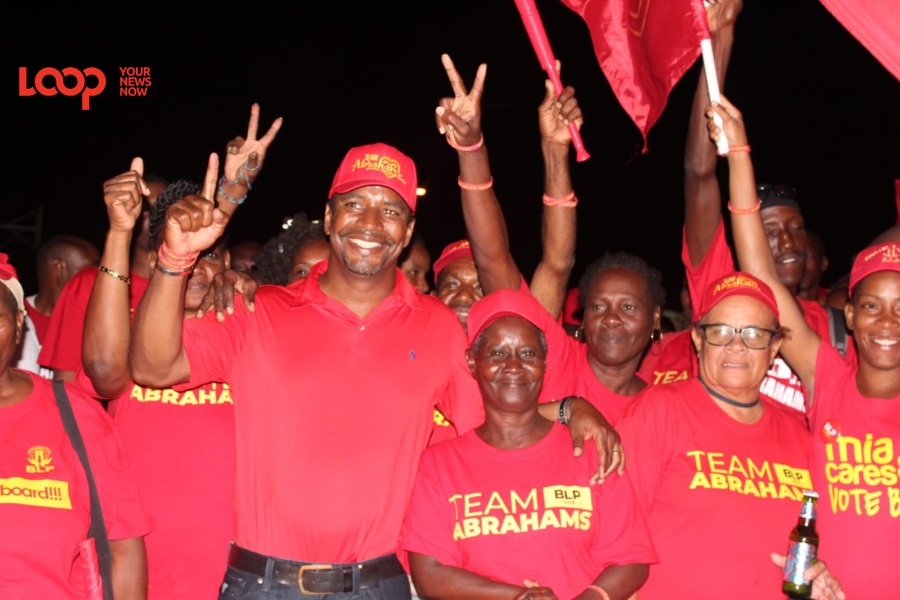 Then the trend continued in Abrahams' favour with XB2 holding 340 for Abrahams and Lowe 117, while in the fourth box XB3 Abrahams garnered 189 votes and Lowe 19 votes. Right up until the very finish, Lowe had not even won a single box. Abrahams said that he believed he was very humbled by the victory.

"It's a great feeling and I can't even take the credit. My family and my wife supported me. It's an amazing feeling. I just want to put this behind me and get on with the work," he said.

Christ Church East hears: 'I will keep the promises that I make'