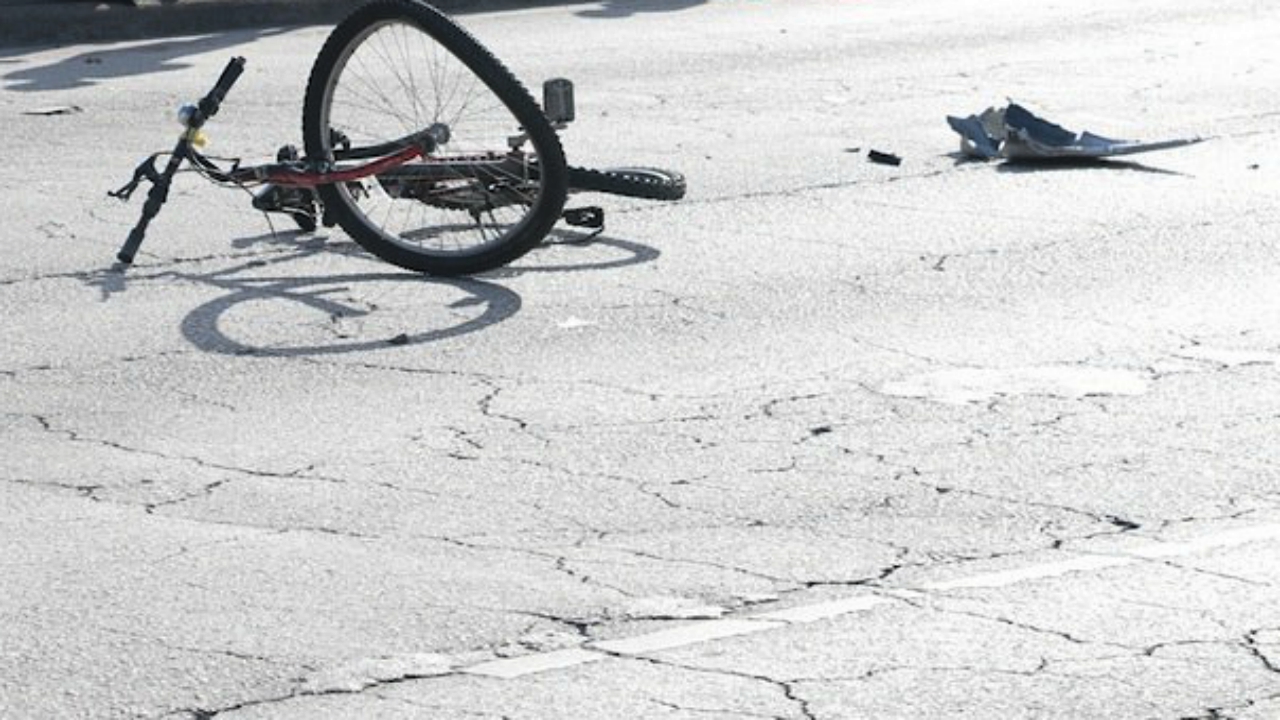 The bicycle left lying on the road after the fatal accident.

Hurt in an accident on University Hill at the junction to UWI School of Business, a bicyclist succumbed to his injuries hours later.

The family of Jeffrey Greenidge is left to mourn his unexpected passing.

Greenidge is Barbados' latest road fatality for 2018. The 50-year-old man is late of 7th Ave, Back Ivy, St. Michael.

According to police, Greenidge was riding his pedal cycle along University Hill, when he collided head-on with a motor car being driven by Susan Fitts, 53 years of Fitts Villages, St. James, and subsequently with a motor van being driven by Eric Allamby, 30 years, of Black Bess, St. Peter.

Greenidge received injuries to his head, right leg, and left wrist, and was transported to the Queen Elizabeth Hospital (QEH) by ambulance, where he later succumbed to his injuries.

One man was injured in an accident at University Hill this afternoon.

"A pedal cyclists was injured in a collision with a car at Univerity Hill sometime after 3:30 this afternoon."

Details about the extent of his injuries or the condition of those in the car were not available at this time.

This is one of two major accidents reported for the afternoon:

Two accidents in one roundabout after police issue another appeal