ACLU: Less than half of child reunions will meet deadline 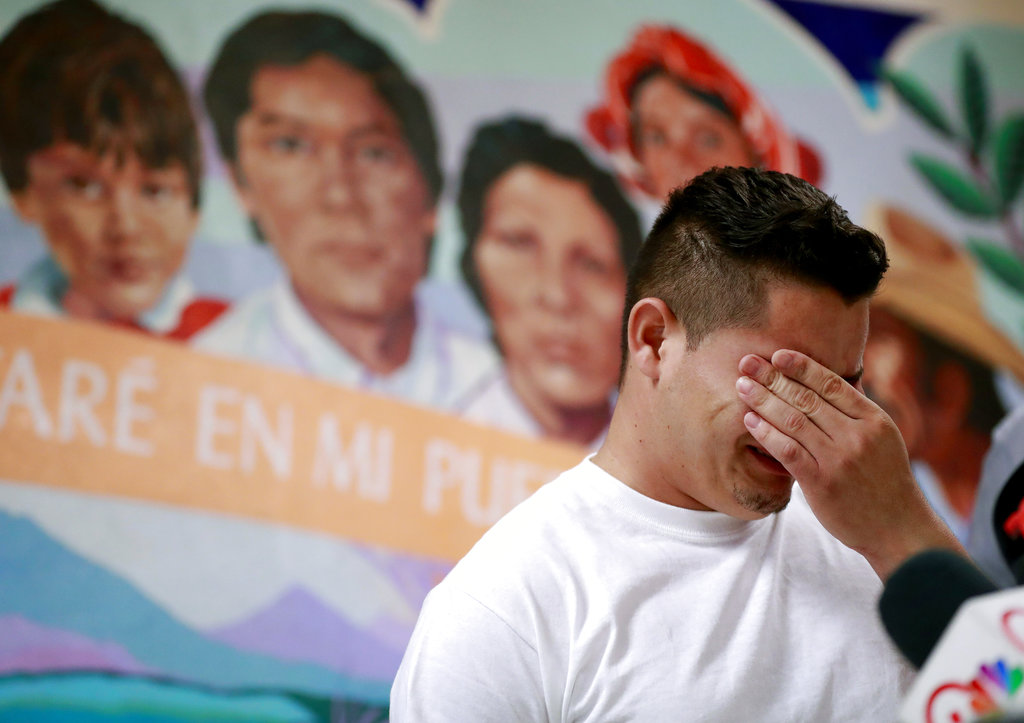 Christian, from Honduras, recounts his separation from his child at the border during a news conference at the Annunciation House,in El Paso, Texas. (AP Photo/Matt York, File)

The American Civil Liberties Union said it appears the Trump administration will miss a court-ordered deadline to reunite young children who were separated at the border with their parents in more than half of the cases.

The ACLU said late Sunday the administration provided it with a list of 102 children under 5 years old and that "appears likely that less than half will be reunited" by Tuesday's deadline.

The Justice Department asked U.S. District Judge Dana Sabraw for more time last week but the judge on Friday did not grant a blanket extension, saying only that he would consider certain exceptions. He told the two sides to discuss possible exceptions and report to him Monday. The Justice Department was working through the weekend on a path toward unification and was preparing a progress report for the court.

Children were increasingly separated from their parents after Attorney General Jeff Sessions announced in May that a zero-tolerance policy on illegally entering the country was in full effect. While parents were criminally prosecuted, children were placed in custody of the Health and Human Services Department.

Trump reversed course on June 20 amid an international outcry and said families should remain together.

On June 26, Sabraw set deadlines of Tuesday to reunite children under 5 with their families and July 26 for older children. Sabraw, who was appointed by President George W. Bush, wrote that the "situation has reached a crisis level" and that the "chaotic circumstances" were of the government's own making.

Health and Human Services Secretary Alex Azar said Thursday there were "under 3,000" children separated from their parents. Previously, he said 2,047.

"It's extremely disappointing that the Trump administration looks like it will fail to reunite even half the children under 5 with their parent," said ACLU attorney Lee Gelernt. "These kids have already suffered so much because of this policy, and every extra day apart just adds to that pain."