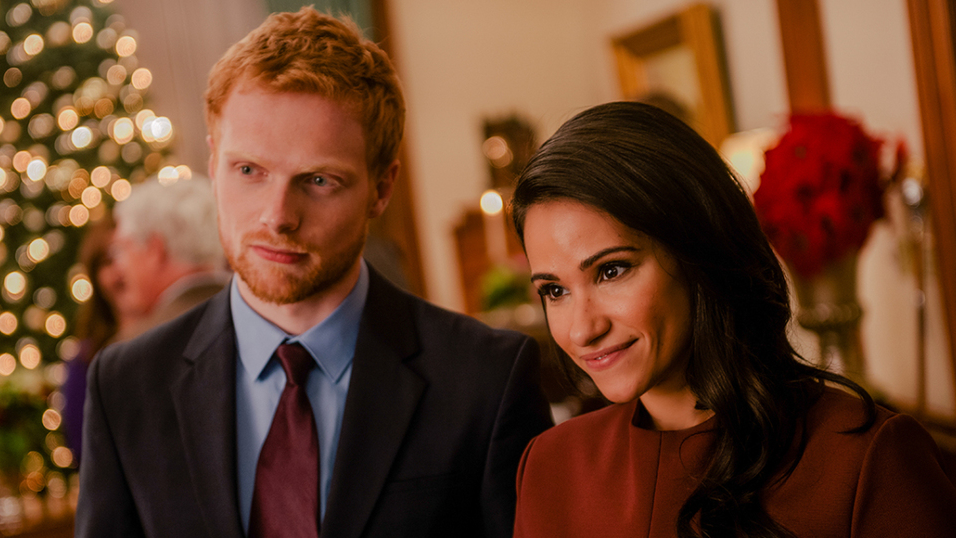 For Tiffany Smith, taking the role of Meghan Markle in Lifetime's "Harry and Meghan: Becoming Royal" wasn't to be done lightly. From watching "Suits" to studying YouTube and Instagram videos, she wanted to get Markle right, down to even her smaller gestures.

"For girls a lot of times it's the face, or guys too, the face you make when you look in the mirror and you don't even know you're doing it," she said.

With Markle, she picked up a way she pushed back her hair and a way she would speak to her now-husband, Prince Harry.

"When I was working on the sides for the callback, I was working with a friend and I'd done like the hair tuck and then there's also, she's just such a beautiful woman, but she does this thing where she looks up through her eyelashes and it's just, it's so sweet and beautiful and so I noticed that she does it especially a lot of times when she's talking to Harry," said Smith. "And so, I was doing it on the tape with my friend and he was like, 'Stop. That was so weird.' He's like, 'You are so much like her right now.'"

For actor Charlie Field, he had a different strategy for researching the role of Harry - watching royal documentaries back to back. It was Prince Harry's subtle placement of his hand beneath his suit jacket that Field picked up. And Smith was sure to point out some other Harry-isms for Field to follow.

"I was definitely sending Charlie a lot of Instagram videos being like, 'Look how Harry's touching her back.' Or, 'They're holding hands like this,'" said Smith.

Field responded with a laugh, saying, "I was like, 'Tiffany, I've got the message, OK. I'll hold you like that. Yeah, we'll do that.'"

The Lifetime film documents the royal couple's journey from dating through to the Royal Wedding. And though Field and Smith share a lot of chemistry on screen, they admit this is a bit of a coincidence as there was never a chance to do a chemistry test during casting. Instead, their first time meeting was in Vancouver ahead of filming.

It was Smith's idea to start their friendship out by going to a hockey game.

"I had a friend who had tickets to a hockey game, and I remember being like, I'm going to take these tickets and we're going to go to the hockey game together and that's how we're going to start our friendship. And we went and had a blast and I think fortunately for us, we actually really get along," said Smith.

Field agreed that early on he knew Smith was "cool."

Before starring in the movie, Field and Smith say they both had some experience watching the royals.

He said the royal weddings are also a "really big deal back home."

Smith said she also watched Harry and Markle's wedding but was connected to the couple for a different reason, coming from a multiracial family.

"It really made me think about my parents getting married and what they went through, so there is a connection there that made me want to see what was going on with them," said Smith. "And there's the other piece of it that I think there's always that fairytale side of it that you feel like it's this girl that's an actress in Los Angeles, could be any girl, ends up becoming a duchess, you know, and becoming royal."

Meghan Markle 'really happy and in love' with Prince Harry