Adaeze spreading her talent to Canada 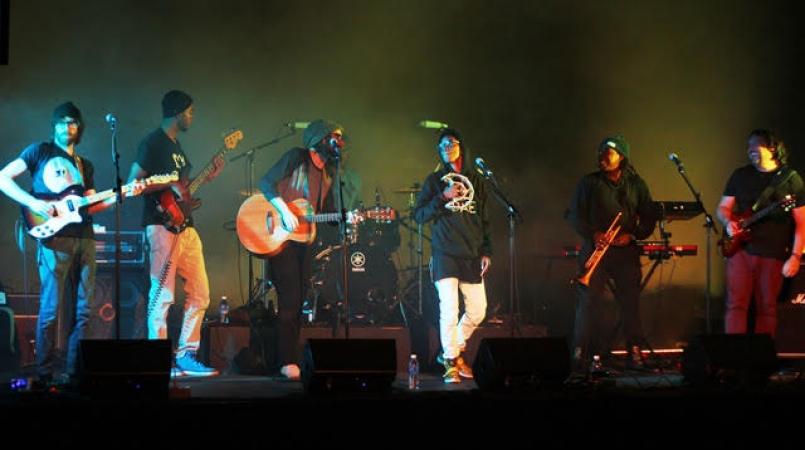 Barbadian artist Adaeze is off to Canada to showcase her talent.

The Association for Music Entrepreneurs (AME) is in its second year of collaborating with Club One Releases, a TV show distributed through Columbus Network in Canada and the Eastern Caribbean. Although having to reduce the scope of North American music export projects due to the lack of funding, the affiliation between the two entities has continued.

Two years ago, five bands from Barbados were selected to participate in the alliance and were paired with Canadian talent. As a result, they performed in Newfoundland and co-wrote original pieces with their Canadian counterparts. Subsequently, creative relationships were forged and a sound was created that was fresh and invigorating.

Club One Releases has created a platform which showcases musical performances, exclusive interviews, song writing processes and more. Series producer Fabian James and series director Wes Holmes held a press conference in Kingston Jamaica recently, to announce the six Caribbean acts which would be featured on this year’s show.

Barbadian born Adaeze was selected to be one of the artists featured and has been paired with an alternative band Eastcoast Love Story from New Brunswick.

"So far the Club One New Releases experience has been refreshing and rewarding. It was great to see the Canadian bands play with the passion they did - it helped me develop a better appreciation for folk & country music,” she said.

Acts from both Canada and the Caribbean met in Trinidad for this year’s taping.

Adaeze spoke about the experience: “Meeting Caribbean musicians like Anna Mariah and her band (Jamaica), made me very proud to be from the Caribbean and made it obvious that the Caribbean is bubbling over with young, ambitious artists."

Kirk Brown was a past participant in the alliance and also shared his views on the experience:

“It was truly an amazing opportunity, a great learning experience and excellent visibility for our band.

"I was also impressed at the level of support the project received. We had the pleasure of collaborating in April 2015 with Rocket Rocket ship and traveling to their home in Newfoundland, Canada... I would love to see more partnership in music and trade of the level.”

Club One New Releases is in its fourth season with 40 acts from the Caribbean and 37 acts from Canada. The final part of the series will be filmed in Newfoundland for a total of 72 episodes.