AFA & CFU right for the Region 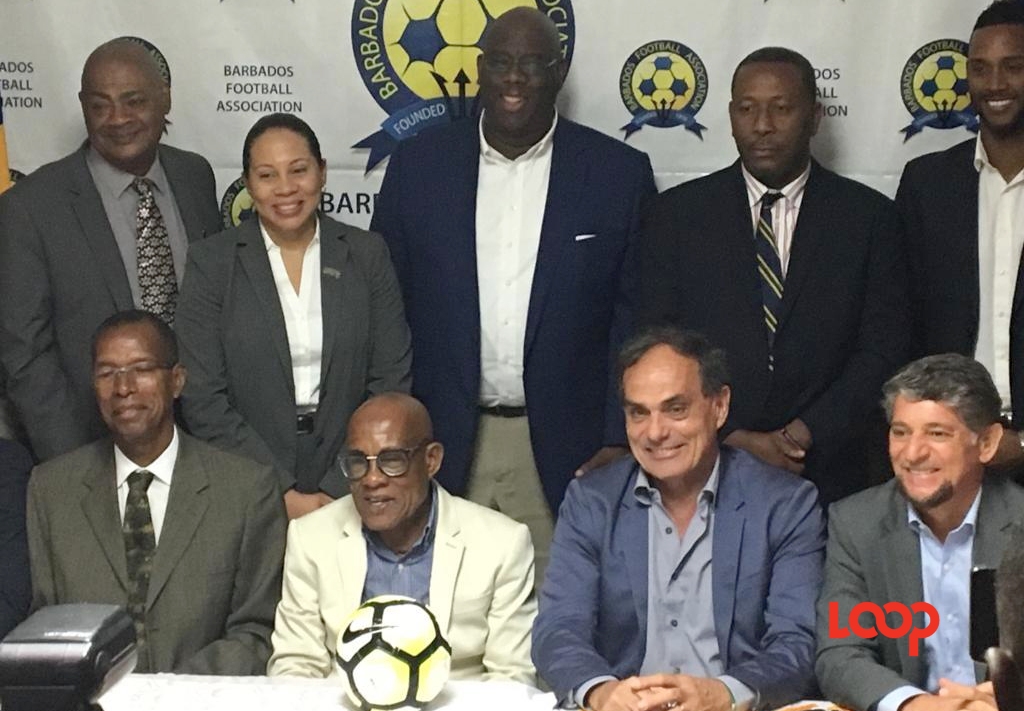 Members of the AFA, NSC and BFA

By this action, the CFU has sent a wave of excitement throughout the region as declared by some of the regional football heads.

Last Thursday evening, February 14, 2019, football executives from Jamaica, St Kitts & Nevis, St Lucia, Martinique and Trinidad & Tobago came together in Barbados to be a part of the official signing agreement between the two –time World Cup winners and governing body of football in the Caribbean.

Michael Ricketts, President of the Jamaica Football Federation (JFF) described the occasion as an important step for the CFU but more importantly one in the direction of regional unity.

Ricketts said he is excited about the possibilities that exist from the partnership which sees an exchange of personnel, ideas, equipment and facilities between the two parties.

The Jamaican football head said the partnership is a good venture to have the islands reunited and reconnected in an effort to rebuild the Caribbean collectively; as many people have doubted the strength of football as a social tool.

“We know as Jamaicans of the importance of football in connecting communities and connecting people”, said Ricketts.

“What is happening here tonight is historic in the Caribbean, because if we can save just one life through the sport of football, we would’ve done our job.

We know the Caribbean is plagued with problems amongst the young people, the same age group coincidentally that are involved in playing football”.

Former FIFA Development Officer and now Concacaf Project Manager, Howard McIntosh said his organization fully support the initiative taken by the President of the CFU Randy Harris and he is confident that many benefits are in store for all football shareholders across the region.

“This collaboration that is being documented today can only mean great things for the Caribbean and of course within Concacaf”, said McIntosh.

He said the union of the AFA and the CFU fosters necessary cooperation and collaboration and it will only lead to more great things for Caribbean Football.