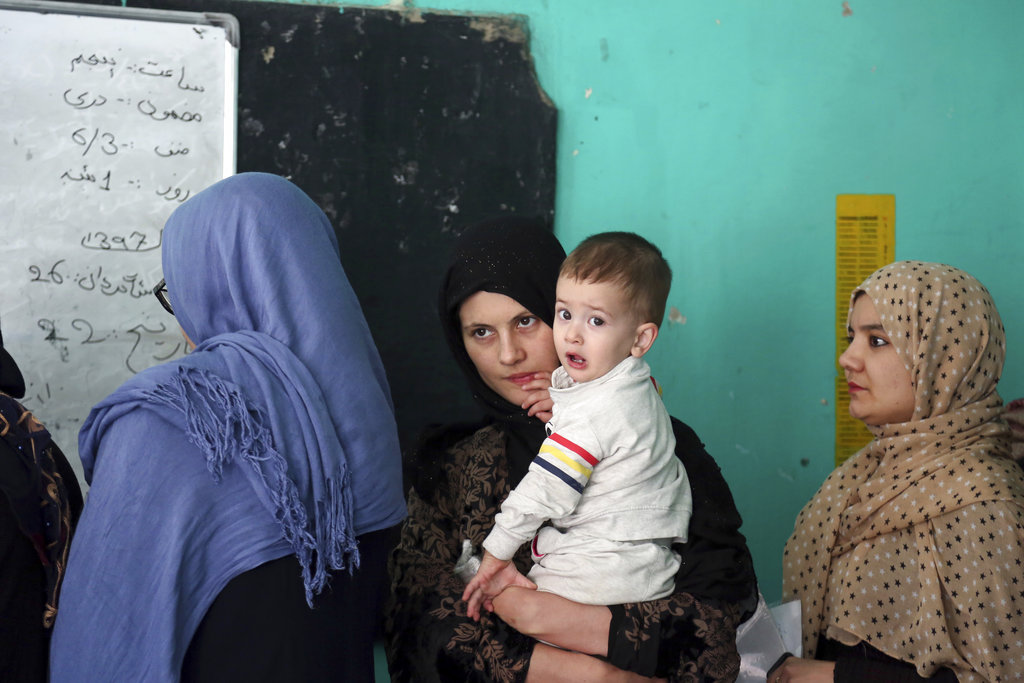 Afghanistan's parliamentary elections entered a second day after delays caused by violence and technical issues, as a roadside bomb killed nearly a dozen civilians on Sunday, including several children.

Independent Elections Commission Chairman Abdul Badi Sayat said more than 3 million people out of 8.8 million registered voters cast their ballots on Saturday. The biggest turnout was in Kabul and the lowest in the southern Uruzgan province.

Polling on Sunday continues in 401 voting centers, including 45 in Kabul. Polls close at 4 p.m. (1130 GMT). The results of the polling will not be released before mid-November and final results will not be out until December.

The first parliamentary elections since 2010 are being held against a backdrop of near-daily attacks by the Taliban, who have seized nearly half the country and have repeatedly refused offers to negotiate with the Kabul government. The U.S.-backed government is rife with corruption, and many Afghans have said they do not expect the elections to be fair.

Officials at polling stations struggled with voter registration and a new biometric system that was aimed at stemming fraud but instead created enormous confusion because many of those trained on the system did not show up for work. The biometric machines arrived just a month before polls and there was no time to do field testing.

The U.N. mission in Afghanistan praised those who had made an effort to vote despite the technical issues, many of whom waited in long lines for hours as polling stations remained open late. "Those eligible voters who were not able to cast their vote, due to technical issues, deserve the right to vote," it said in a statement.

The Taliban had vowed to attack the election, and on the first day of polling at least 36 people were killed in nearly 200 attacks, including 27 civilians, according to Deputy Interior Minister Akhtar Mohammed Ibrahimi. He said security forces killed 31 insurgents in gun battles.

On Sunday, a roadside bomb in the eastern Nangarhar province struck a vehicle filled with civilians, killing 11 people, including six children, according to Attahullah Khogyani, spokesman for the provincial governor.

No one immediately claimed the attack. The Taliban and an Islamic State affiliate are both active in Nangarhar. Afghan civilians are often killed by roadside bombs intended to target security forces.

In the northern Balkh province, insurgents shot and killed four men who were on their way to a polling station late Saturday, said Sher Jan Durani, spokesman for the provincial police chief.

Durani says the men were carrying their national IDs with stickers proving they had registered to vote. He blamed the attack on the Taliban, who have warned people not to participate in the election.

Afghan IS branch claims deadly attack on Shiites in Kabul