African King celebrated his birthday, connected with family, no pomp

This trip for Fante King Obrempon Antwi Buabeng XI the Odikro of Agona Bobikuma was not about the glitz, glamour, the pomp, the pageantry - only family! 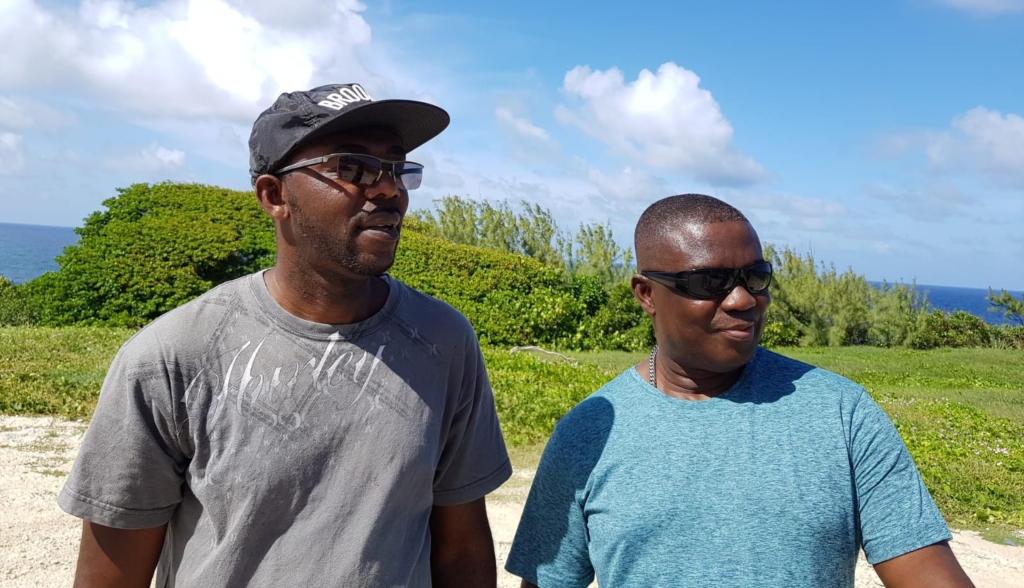 However, the next one may be different.

It may have taken almost 400 years for a Fante King to step on Barbadian soil but it won't be that long before it happens again going forward. This is the promise of Nana as he is called out of respect.

Fante is a subgroup of people in the region of Ghana, Africa.

Earlier this month, October 13 to be exact, King Obrempon Antwi Buabeng arrived on island. When this news broke on Loop yesterday, many of the readers wanted to know, but why was his visit so lowkey.

On Loop's Facebook, the two of the most popular comments were, "Cassie Bowen Why didn't we have any sort of parade or anything?", and "Nosaj Miller If it was Prince Harry the queen of England or the pope they would be paraded. But we question African culture 🤔 They actually did it!"

So, Loop Lifestyle sought to shed some more light on the situation. 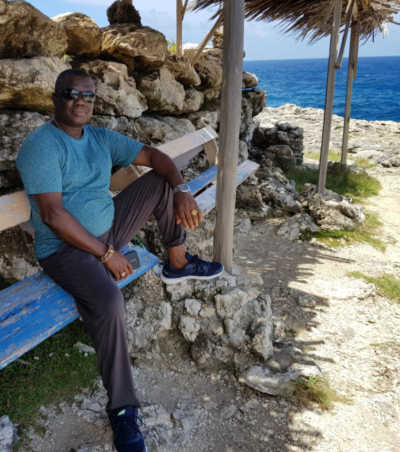 Nana came to Barbados to reconnect with his family. He had a jolly good time with his cousin Reverend Solomon Odoom. The two along with their friends, church members, and adopted family toured the island on day by car stopping at places such as Farley Hill, Bathsheba, River Bay and Animal Flower Cave. When Nana saw the signposts at the Animal Flower Cave with various countries, his one question was, "Where is Ghana?"

The trip around the island on October 19, was made even more special because it was the King's 61st birthday.

In Barbados, he tried some of everything on island even Chefette. His cousin Solomon told Loop, he tried mauby too and he loves it. Mauby was his favourite thing, though he sampled Banks beer, Plus and many other drinks.

In terms of what souvenir he took on his trip back to remember Barbados, Solomon said that Nana carried a bottle of Mount Gay XO Rum that he received as a gift while here.

Besides the food, despite not venturing to Barbados to establish or cement diplomatic ties, on the encouragement of his cousin and friends who thought his visit was "too monumental", he met with the Leader of Barbados, Prime Minister Mia Mottley and that pleasure was a highlight for Nana. He was "very happy for meeting her".

The King left yesterday, Wednesday, October 24, 2018, after meeting not only the Prime Minister but also the Culture Minister John King. His trip was organised with the help of the Barbados Museum and Historical Society, along with the Pan African Commission.

Nana also visited and spoke with the students of The Combermere School and St. Paul's Primary School during his stay. 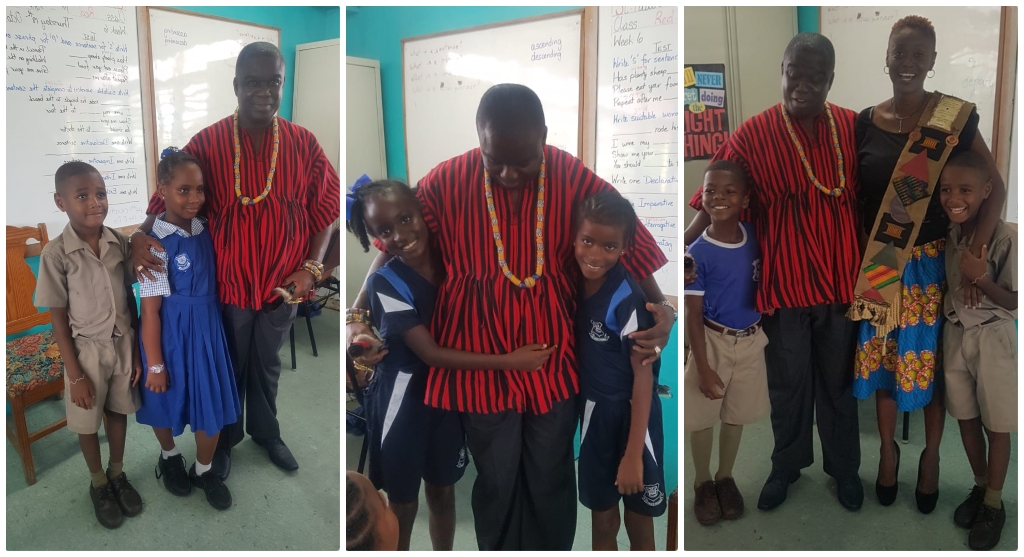 Photo: King Obrempon Antwi Buabeng with students of St. Paul's Primary and one of the Mabalozi educators.