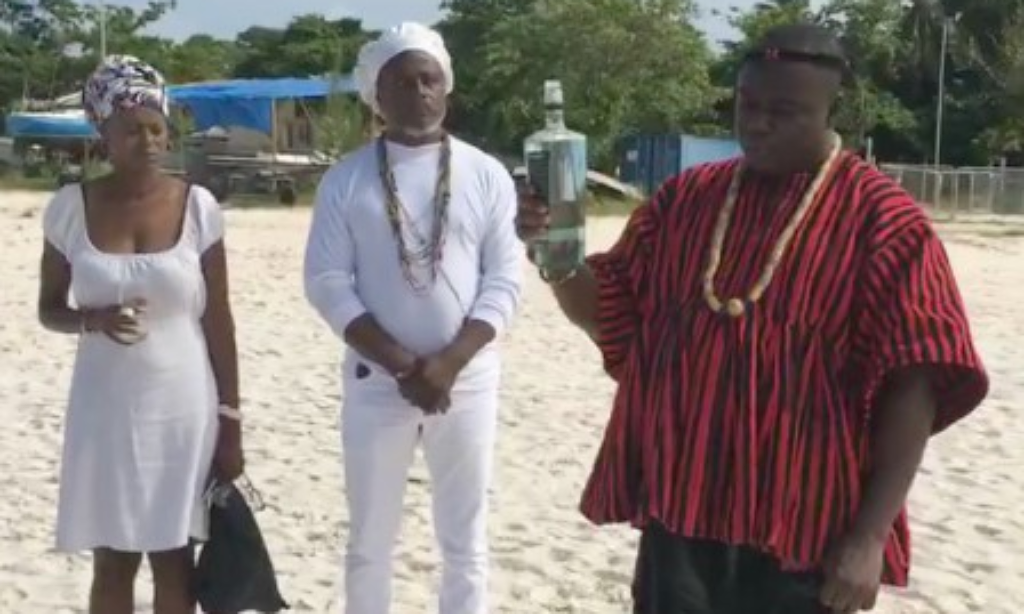 Barbados has sought to sustain its relationship with Africa with the recent hosting of a royal visit of Fante King Obrempon Antwi Buabeng XI the Odikro of Agona Bobikuma.

Fante is a subgroup of people in the region of Ghana, Africa.

On October 13, King Obrempon Antwi Buabeng stepped onto Barbados soil making it the first time in 391 years that a Fante King has visited the island, and he did lots on his trip but without any fanfare.

At the beginning of his trip, he stated that he would like to forge a cultural relationship with Barbados,

“I think it is important our people came back to Ghana and learn who they really are.”

He conducted a number of activities during his stay which included visiting his family Reverend Solomon Odoom of Hoggard African Methodist Episcopal Zion Church located in Warrens whom he has not seen in about 40 years.

King Obrempon Antwi Buabeng took the lead in a libation ceremony to seek forgiveness, acknowledgment, and reconnect with our ancestors. This was done with the assistance of the Commission of Pan-African Affairs and the Barbados Museum and Historical Society.

The ceremony took the group to Carlisle Bay and Browne’s Beach. The bay had served as a mass burial ground for enslaved Africans who either died or were near death following the journey from Africa. The group also visited the Newton Plantation Burial Ground in Christ Church.

After the ceremony, both Reverend Solomon Odoom and Obrempon Antwi Buabeng felt a connection to the land, and those who lost their lives.

Obrempon Antwi Buabeng XI the Odikro of Agona Bobikuma kingdom is about the size of half of Barbados. He was fascinated with the similarities regarding the topography of Barbados which resembles many places in Ghana, especially the coast line.

He noted similarities of the phenotype of Barbadians to Ghanaian as well as temperament, he stated

“The people here are very very nice. I have never met a nicer people. Some look like they come from the North of Ghana and others look like Fante.”

Before his departure, he had the honour of meeting with a number of government ministers including Prime Minister, Mia Amor Mottley and Culture Minister John King where they discussed ways to establish firmer bonds between the two countries.

Melania Trump walks through Ghana's 'Door of No Return'