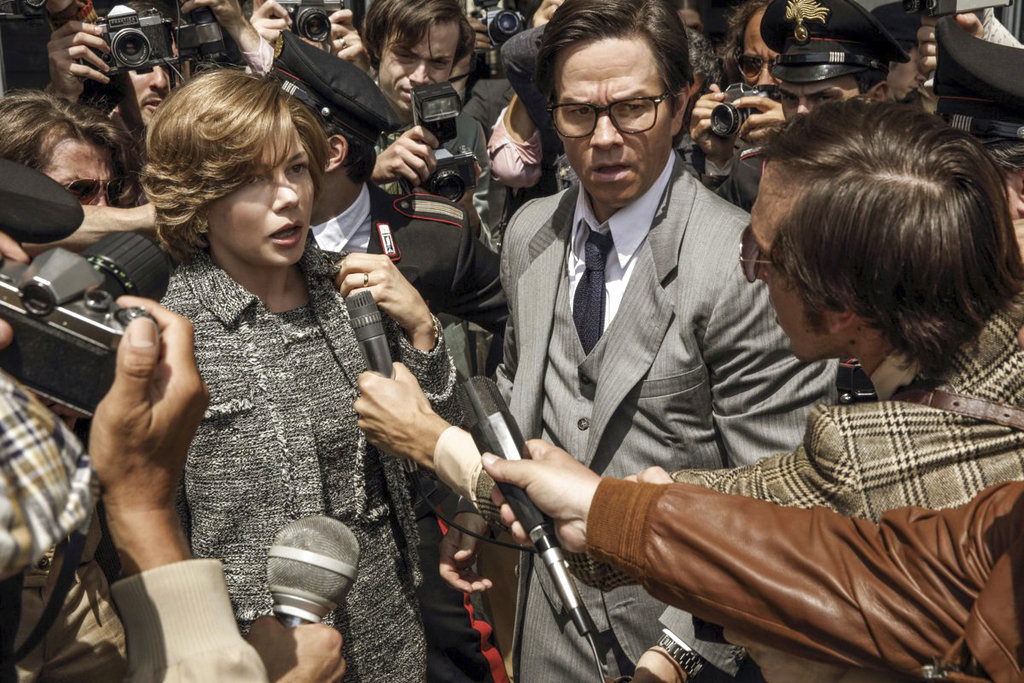 This image released by Sony Pictures shows Michelle Williams, left, and Mark Wahlberg in TriStar Pictures' "All The Money in the World." (Fabio Lovino/Sony-TriStar Pictures via AP)

Following an outcry over a significant disparity in pay between co-stars, Mark Wahlberg agreed Saturday to donate the $1.5 million he earned for reshoots for "All the Money in the World" to the sexual misconduct defense initiative Time's Up.

Wahlberg said he'll donate the money in the name of his co-star, Michelle Williams, who reportedly made less than $1,000 on the reshoots.

"I 100% support the fight for fair pay," Wahlberg said in a statement.

Williams issued a statement Saturday, saying: "Today isn't about me. My fellow actresses stood by me and stood up for me, my activist friends taught me to use my voice, and the most powerful men in charge, they listened and they acted."

She noted that "it takes equal effort and sacrifice" to make a film.

"Today is one of the most indelible days of my life because of Mark Wahlberg, WME (William Morris Endeavor) and a community of women and men who share in this accomplishment."

Wahlberg and his agency, William Morris Endeavor, donated $2 million to #Time'sUp, the legal defense fund founded in response to the #MeToo movement.

The announcement Saturday came after directors and stars, including Jessica Chastain and Judd Apatow, shared their shock at reports of the huge pay disparity for the Ridley Scott film. The 10 days of reshoots were necessary after Kevin Spacey was replaced by Christopher Plummer when accusations of sexual misconduct surfaced against Spacey. USA Today reported Williams was paid less than $1,000 for the 10 days.

Both Williams and Plummer were nominated for Golden Globes for their performances.

William Morris Endeavor said in a statement that wage disparity conversations should continue and "we are committed to being part of the solution."