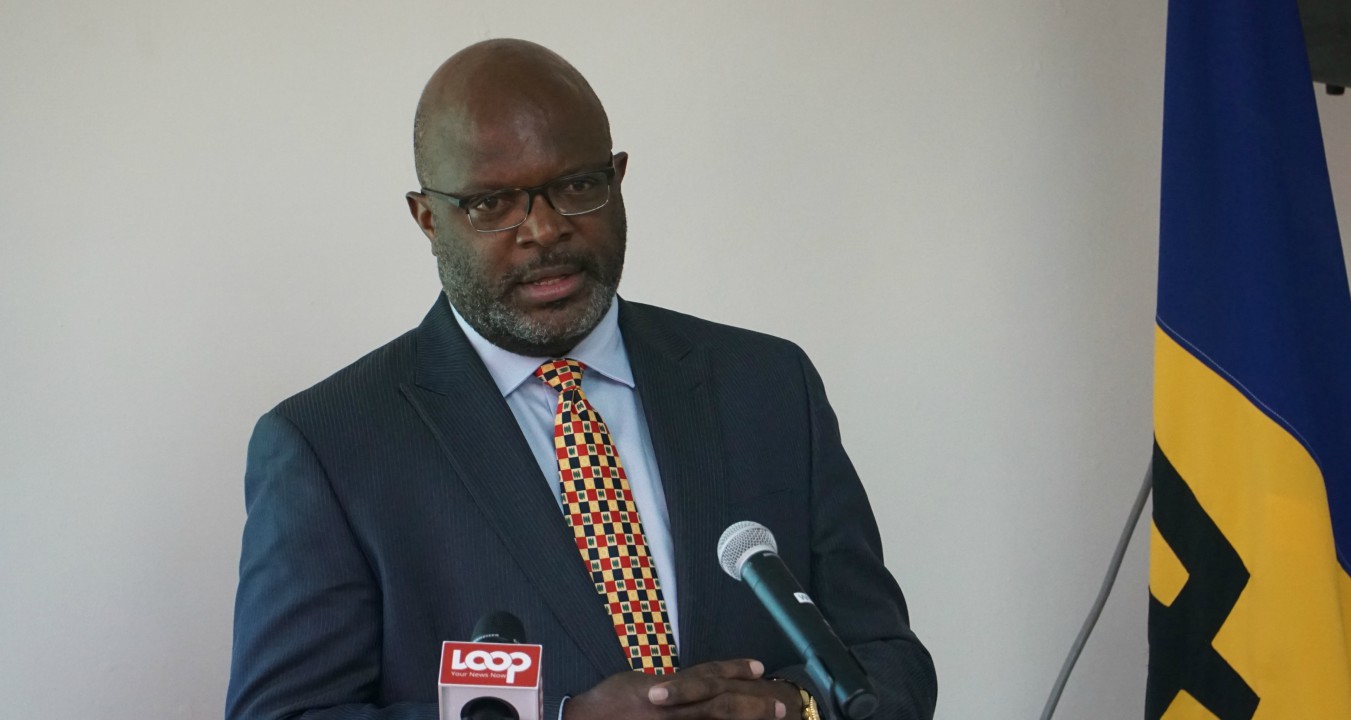 Accused persons in Barbados will soon have the option of pleading guilty in matters for which they are accused.

This was one of the areas discussed over the weekend, when members of the island’s judiciary, attorneys and those who work within the criminal justice system underwent a two-day training course conducted by officials from the National Center for State Courts in Sentence Indications Hearings.

Speaking during the opening of the two-day workshop at the Radisson Aquatica Resort, Attorney General, Adriel Brathwaite, said Barbados had a situation where more than 50 percent of the persons at HMP Dodds were on remand.

“It is not a tidy situation… We are all about trying to see how we can address this burning issue with the backlog in the criminal justice system,” he stated.

AG Brathwaite explained that the late Director of Public Prosecutions, Charles Leacock, QC, was of the view that many of the accused persons would accept a plea if given the opportunity.

That vision set the wheels in motion for a draft bill which Mr. Brathwaite said he now had in hand. However, he recalled the late DPP requesting that the Practice Direction be examined first before legislative discussions were held.

“Thus, we set about discussing with the Chief Justice our plan to take the process forward. We want to ensure [that] when we move ahead we can go full steam ahead, hence the training over the next two days,” the Attorney General said, noting there would be other sessions in the future.

However, while acknowledging that significant strides were being made to reduce the backlog so far, Brathwaite stressed that additional resources were required if they were to be successful.

The Attorney General also tabled a proposal for a court to handle the more serious matters exclusively.

However, he noted that significant strides were made in an effort to reduce the backlog. These achievements include the abolition of Preliminary Inquiries; and the mandatory recording of interviews; Practice Directions and Criminal Procedure Rules.

The Attorney General also gave the undertaking that deficiencies in the process would be addressed soon.

While noting that giving persons the option to accept a guilty plea could assist with the backlog in the court system, Chief Justice, Sir Marston Gibson, said it was not that simple as it had to be done to withstand appellate scrutiny.

“There are all sorts of areas in which one can make a mistake,” he said, noting that the workshop was designed to teach members of the judiciary about the procedures and rules for accepting guilty pleas.

US Ambassador to Barbados and the Eastern Caribbean, Linda Taglialatela, said it was hoped the training would achieve four main goals. These, she listed, as the expeditious disposal of criminal cases, which would result in the use of valuable court time for cases that truly required a trial; a reduction in the trauma suffered by victims of crime by avoiding the rigours of a trial; a reduction in the anxiety suffered by defendants between the time of the charge and the disposition of their cases; and the saving of resources by reducing those cases which went to trial.