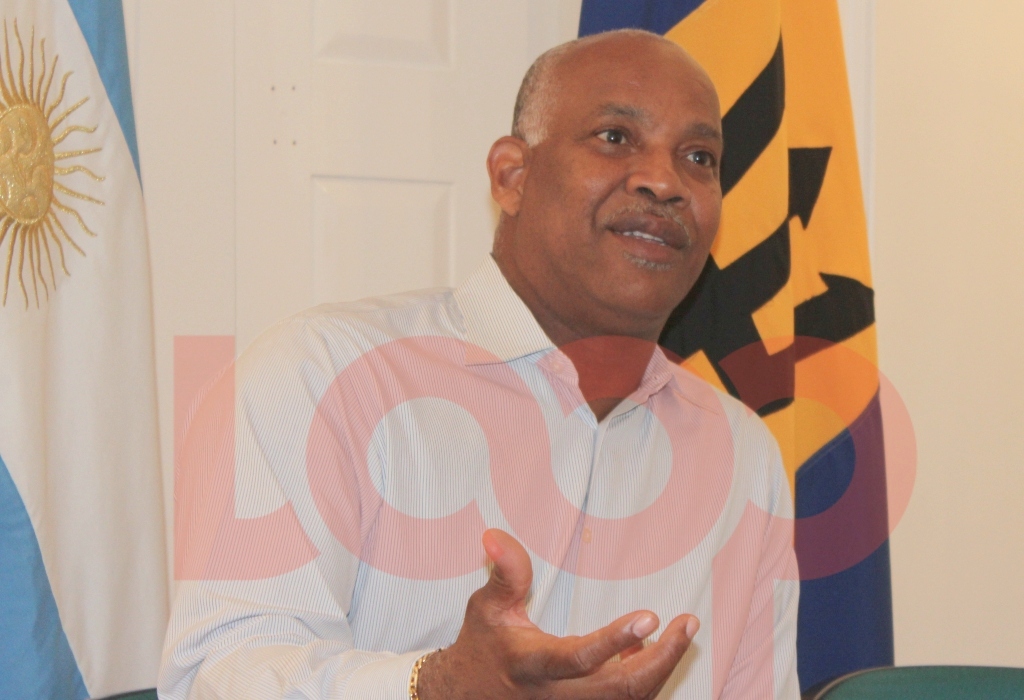 Attorney General and Minister of Legal Affairs Dale Marshall has dismissed suggestions that measures put in place to deal with the burgeoning crime situation in the country are failing.

He believes they are in fact bearing fruit.

His comments came as Barbados recorded its 34th homicide for 2019 on Tuesday, August 13.

One week after a passenger shot a Public Service Vehicle (ZR) driver in an attempted robbery, another, 54-year-old Ralston Philip Agard was shot dead along the walkway outside his Sandy Hill St Philip home, in a similar attempt.

Marshall, under whose ambit the Royal Barbados Police Force (RBPF) falls, told reporters that since the current Barbados Labour Party administration came to office in May 2018, they had seen levels of decay over the last ten years, which for them was unprecedented.

“For years in Opposition, we were stridently warning the last administration that we were on a dreadful path and that urgent steps needed to be taken to arrest it. We are in the position now where we have that solemn obligation but the first reality that we have to confront is that it is fanciful to believe that you can turn around 10 years of decay, 10 years of broken structures, 10 years of abandonment of the people of Barbados in ten, 12, or 14 months.

“[It] is an exercise that we are committed to carrying it but to encourage the people of Barbados to believe that there is an overnight solution would be wrong of us,” he said.

It was during what has become a regular staple – government’s Post Cabinet Press Briefings, that the Minister explained that his Ministry – the Attorney General’s Chambers and Ministry of Legal Affairs, and the RBPF had embarked on a series of “methodical, well thought out” strategies which have effectively placed more “boots on the ground”.

But, according to Marshall, they were facing a multi-pronged challenge not only with having to deal with interdiction and arresting perpetrators; there is also the serious task of finding firearms.

“The investments have been made but they have to be given time to pay off. We now have a scanner in the [Bridgetown] Port that is fully functional, except for a short period of time in the last few weeks when it was down. The infrastructure work on another scanner is going in, and we expect that that is going to be in place very shortly.

“The Prime Minister has given instructions to the Port to work with the Ministry of Finance and other agencies to see about …investing in a third scanner,” he revealed.

But Marshall has been quick to point out that all government’s initiatives to fight crime, are intertwined and it all links back to how they treat the island’s youth, adding that the recently announced Barbados Youth ADVANCE Corp will have a major role in arresting the situation.