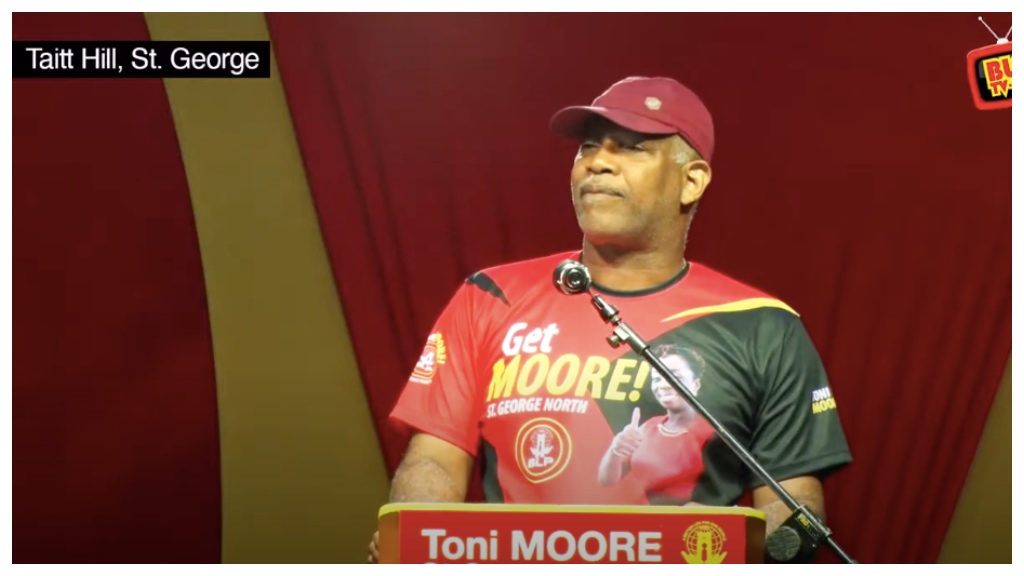 With members of the Democratic Labour Party (DLP) calling for his resignation, Attorney General Dale Marshall wants them to know his 'back is broad'.

While acknowledging that gun violence remains a pertinent issue in Barbados, Marshall charged it was time for the DLP to stop pointing fingers and blaming the rising gun violence on the ruling Barbados Labour Party (BLP) administration.

Speaking to party supporters at the #GetMoore Public Meeting in Taitt Hill, St George, the Attorney General pointedly said that the country was flooded with gun violence during the decade-long tenure of the DLP's leadership.

"We came to government in May of 2018, and the  Democratic Labour Party claimed as though the problem of gun-related violence burst on our shores on the day after the last election but you and I were sitting in our homes when they were murdering people, shooting them down in the streets up and down Barbados," Marshall said.

"For me, crime and the problems of crime are not a political issue. This is not a DLP or BLP issue. . . when we wrestle crime to the ground we save lives and we make everybody safe in their homes," he continued.

The Attorney General acknowledged that guns were still slipping through the ports of entry but it was a "hell of a lot less" in comparison to previously.

He reported that when the Mia Mottley-led administration took office,  over 1000 cases in assizes were awaiting trial and there were only two criminal judges.

Additionally, persons charged with murder and possession of firearms were being awarded bail.

Since taking office, Government has amended the Bail Act, expanded the judiciary and police force.

"I don’t mind the people of the last administration calling for my resignation. My shoulders are broad but let me say that I am committed to the task of securing Barbadians and Barbadian lives. . . .

The Attorney General went on to call onto members of the public to engage the youth and offer them guidance.

"As a little boy, I could not bring home a toffee, I couldn’t bring home a pencil because my parents stood by certain principles, do not bring anything into this house that you did not carry but today we have young men bringing home guns and bullets and not a word."

"We have a responsibility as the individuals who are in a position to guide our young men and women to stay away from that environment," he added.

AG calls out Opposition Leader: No BLP MP is in cahoots with criminals