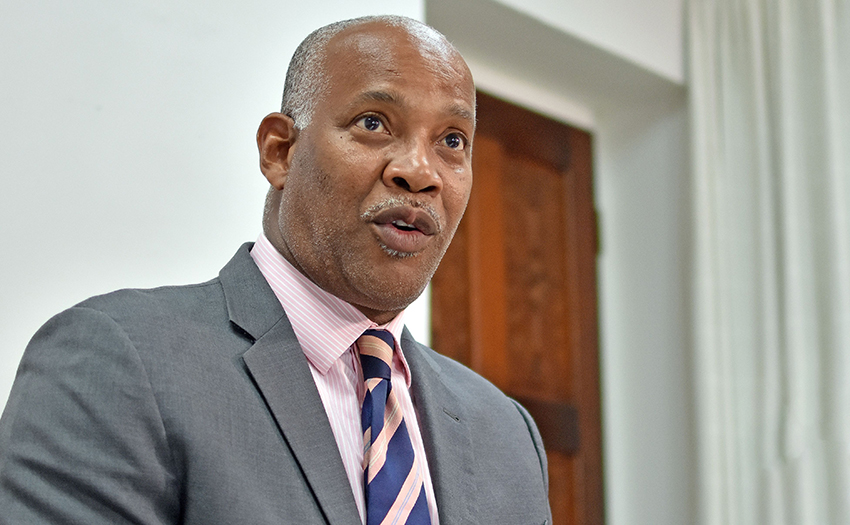 With the Bridgetown Port set to have a second scanner by the end of July and a third by October, the Attorney General is of the view the chances of illegal firearms being imported will be slim to none.

“Once we have that added capacity, I think that we would effectively have been able to reduce, as close to completely, the possibility of firearms coming into Barbados through our ports. The challenge will then shift from guns coming in- because I hope we will be able to suppress that completely- to how we get the guns that are here off of the streets.

We are cognizant that everything that comes into Barbados does not come in through the Port. Things come in off small vessels on our shorelines from time to time so we are ensuring that all of the loopholes get covered. That would include Port St. Charles and wherever we have to be."

He said measures are to be implemented which would prevent persons from circumventing the new systems at the Bridgetown Port, as well as the introduction of legislation which would require advance cargo information to be submitted to the Port.

"For passengers coming into Barbados, 15 minutes before that flight leaves London or Trinidad or Miami, the information on those passengers has to be sent- it is an international practice. It allows us to do our due-diligence and compare the passengers coming in against different checklists- Interpol and other agencies. So that if any of them get red-flagged, we deny them entry here. We have to do the same thing with cargo so that any ship that is bringing cargo into Barbados will be required, as a matter of law, to make certain advance declarations.”

He added, this would help authorities to determine the risk profile of cargo ships and its goods.

By tying up the loose ends at the ports, the AG said, renewed focus will be given to ridding the streets of high-powered firearms. Commenting on the recent gun amnesty, which yielded 32 firearms and 1,758 rounds of ammunition, he noted criminals have been given the opportunity to turn their guns in.

“They can’t say that we [government] has been unfair, we have given them the opportunity. I guess you can say for every gun that comes off the street that is one less gun available to commit a crime with but those guns that came in in the amnesty were not the high-powered guns that people are using, those are not the glocks. The police have already stepped up their efforts and they have been successful so far for the year in seizing about 40 firearms and those are the guns we want to get. I am pleased with their efforts.”

"It is impossible for us to guess at how many guns are out there and I don’t want to be an alarmist, but we are certain that there is still a lot of fire power and ammunition on our streets. Once we shut down the port and other places of entry then we will be able to devote our time and attention towards that.”

The AG spoke to members of the media on the sidelines of the launch of the Barbados Victimization Survey, an initiative held in collaboration with the United Nation Development Programme (UNDP) and the United States Agency for International Development (USAID) at UN House today.