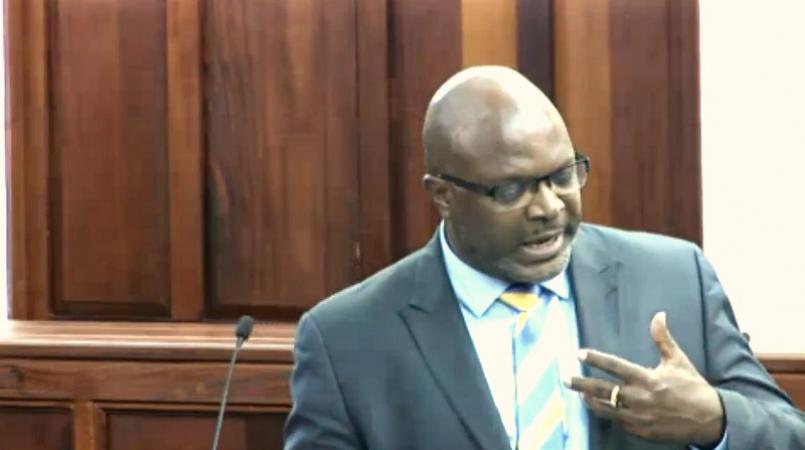 If Attorney General, Adriel Brathwaite had his way, persons in Barbados who litter on the roads and highways, as well as those who dump refuse illegally would be charged and brought before the law courts.

"Nothing annoys me so much as seeing garbage thrown out of car windows and it doesn't matter what it is- whether it be a snowcone cup or toffee paper. It would give me nothing but pleasure to be able to take people's licence plates and find some way to have them prosecuted."

Brathwaite also heavily criticized those who choose to dump their unwanted household appliances at various spots across the island.

"Let me appeal once again to the general public. This is our country, our land. It is our responsibility to keep it as tidy as possible."

During the debate, Brathwaite also lent his support to the proposed breathalyzer testing, saying the criticism coming from some naysayers is "nonsense".  Under the new law police will have the power to stop and administer the test at random and if a person refuses they can be fined or jailed.

"There is a right way to do this and the right way is to ensure that if you do consume alcoholic beverages, that you find someone to drive you home who do not. So this is nonsense; about if we can this do, if we are sure we want to do this, what is the evidence that persons are drinking and driving and getting into accidents."

Brathwaite added the public service announcements urging road users not to drive under the influence appears to have lost its effectiveness and therefore the amendments to use breathalyzer testing will ensure they comply with the laws of the land.