Agrofest expo not only limited to agriculture 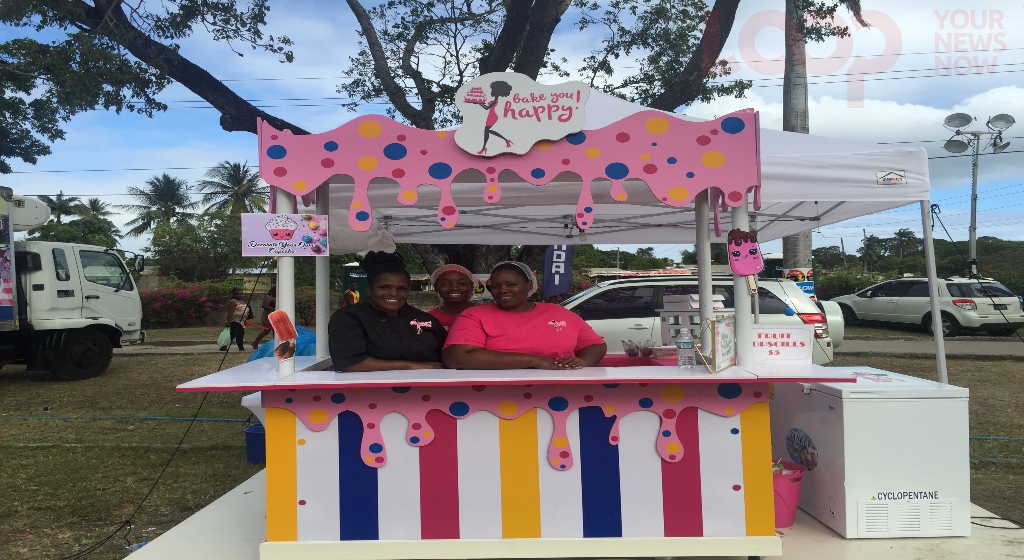 Bake You Happy stall at Agrofest.

Over the years, Agrofest has shown that it is not an expo solely for the those with a green thumb but rather a family experience with something for everyone to enjoy.

A wide range of vendors converged on the grounds of Queen's Park over the last three days, showcasing an appreciation for all things Bajan.

Loop visited the expo on the final day to speak with vendors and patrons.

Leslie Weekes, of the José y José Liquid & Solid Waste Management Inc. said while people may already be familiar with the process of recycling, not many putting the knowledge into action.

She said said the company is rolling out a project which would allow Barbadians to have access to a special garbage bin, in a brightly coloured pink, where all recyclable items can be placed and will be collected just as a regular garbage collection day.

According to the Guns Down Organisation, a stance needs to be taken against gun violence in the island. During their presentation patrons were exposed to finding out information on the Anti-Gun Awareness Day as well as their annual Awareness Walk to be held on March 15, 2020.

Loop also spoke with Ramaro Lashley, director of Extra Edge known for assisting in tuition for those in primary and secondary schools. They are also known for hosting mock exams for primary school students in order to prepare them for the common entrance. Lashley said he believes strongly in the self-esteem of the students he tutors. He voiced his support for the abolition of the Common Entrance Exam and he took the opportunity to bring patrons on board with this movement. A polling station was on display where those in attendance were able to vote on what should be government’s plan concerning the abolition of the exam. Lashley said he plans to present the results of the polls to the Ministry of Education.

Bake You Happy also used Agrofest as a platform to promote their business. They hosted a cupcake decorating session and showcased their homemade popsicles.

There were also vendors on display from the beauty and health industry such as Earth Mother Botanicals  who shared their natural products which is made from local produce. Their offerings included insect repellent, skin care products and soaps.

During the day, spectators were also able to enjoy a fashion show and line dancing. Impressive Steps showed off their dance moves and they hosted an interactive dance session where patrons learned a line dance routine.