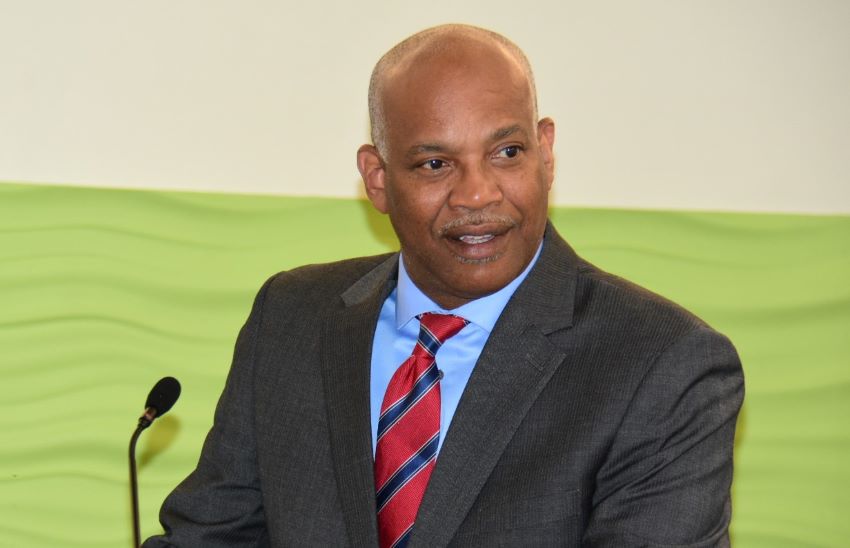 Attorney General and Minister of Legal Affairs, Dale Marshall has suggested Barbados has fared well so far with the passage of Tropical Storm Karen earlier this morning.

The latest named system of the 2019 Atlantic Hurricane Season was, at 5 am located near 11.9N, 60.2W or about 100 miles, just about 160 km south-west of Barbados, with maximum sustained winds of 40 mph or 65 km/h, the storms present movement is to the west north at 9mph.  It’s minimum central pressure stood at 1005 mb.

“As far as Barbados is concerned, thus far we have had . . . we have experienced some really strong winds but there are no reports of damage at this point,” Marshall said in a statement released by the Barbados Government Information Service.

“I am sure that Barbadians are all relieved with the news that Tropical Storm Karen has passed to the South of Barbados.  Of course, we are equally as relieved as we are concerned about the fact that it may hit some of our brother and sister islands in the rest of the region.  We wish them the very, very best of luck and we hope that they suffer no damage.”

A statement from the Barbados Meteorological Service this morning noted the center of the system is already 100 miles to the south-west of Barbados and on this forecast track does not pose any direct threat to Barbados.

However, it said the brisk surface winds of 25 to 30 knots or 45 to 55 km/h, with frequent higher gusts, which were observed during the night, will continue to affect the island for at least another six to 12 hours.

As a result, a Wind Advisory was put into effect.

A Wind Advisory is issued when sustained winds of 25 to 33knots or 47 to 61 km/h are affecting or forecast to affect the land area, in this case, within the next 12 hours.

This was in addition to the High Surf Advisory and Small Craft warning which are already in effect.