Aid on the way for Irma-battered Caribbean resort islands 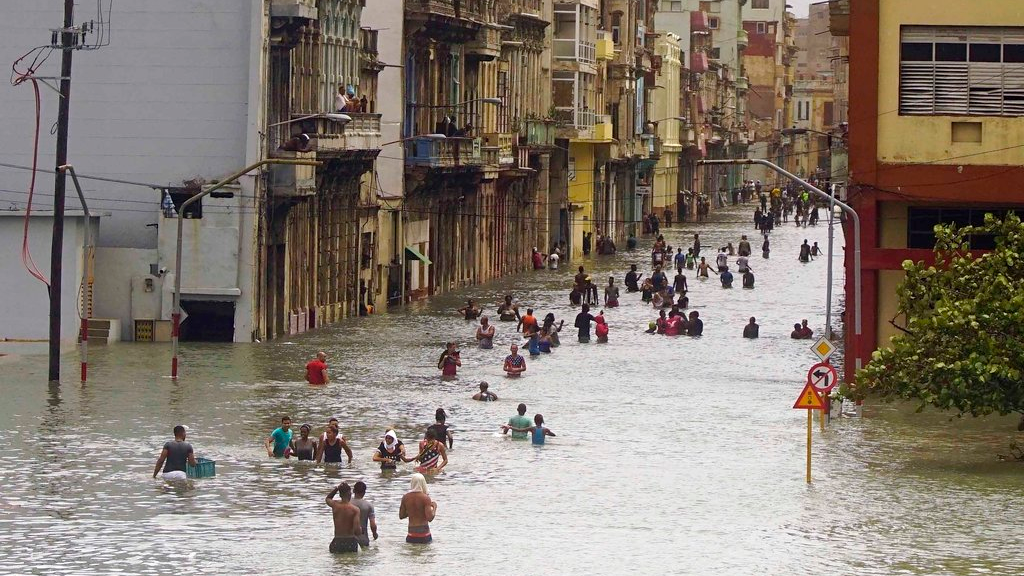 Many in the chain of Leeward Islands known as the playground for the rich and famous have criticized governments for failing to respond quickly to the disaster caused by the Category 5 hurricane. 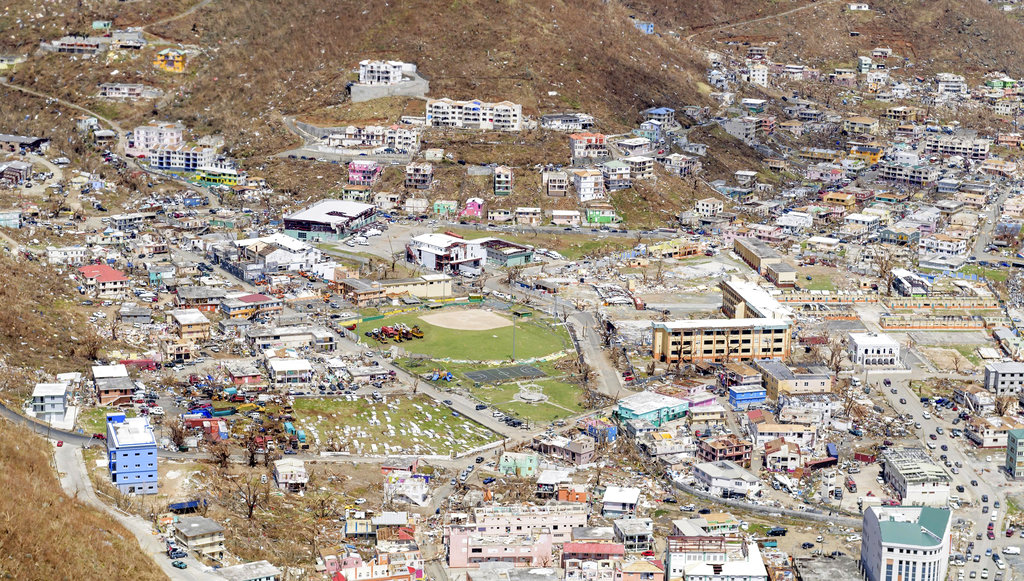 (Photo: In this undated photo provided on Sunday Sept. 10, 2017, by the British Ministry of Defence, some of the damage to The British Virgin Isles, seen from the air.)

The storm stripped the islands' formerly lush green hills to a brown stubble and flattened buildings, then swamped much of Cuba's coastline, including Havana's iconic Malecon seawall.

At least 24 people died in Anguilla, Barbuda, the French-Dutch island of St. Martin, St. Barts, the U.S. Virgin Islands and the British Virgin Islands. Among them was a 2-year-old boy swept away when his home filled with water.

Residents have reported shortages of food, water and medicine, and many have complained of looting.

British Foreign Secretary Boris Johnson defended his government's response to what he called an "unprecedented catastrophe" and promised to increase funding for the relief effort. Britain has sent a navy ship and almost 500 troops to help people on the British Virgin Islands, Anguilla and the Turks and Caicos islands that were pummeled by the hurricane. 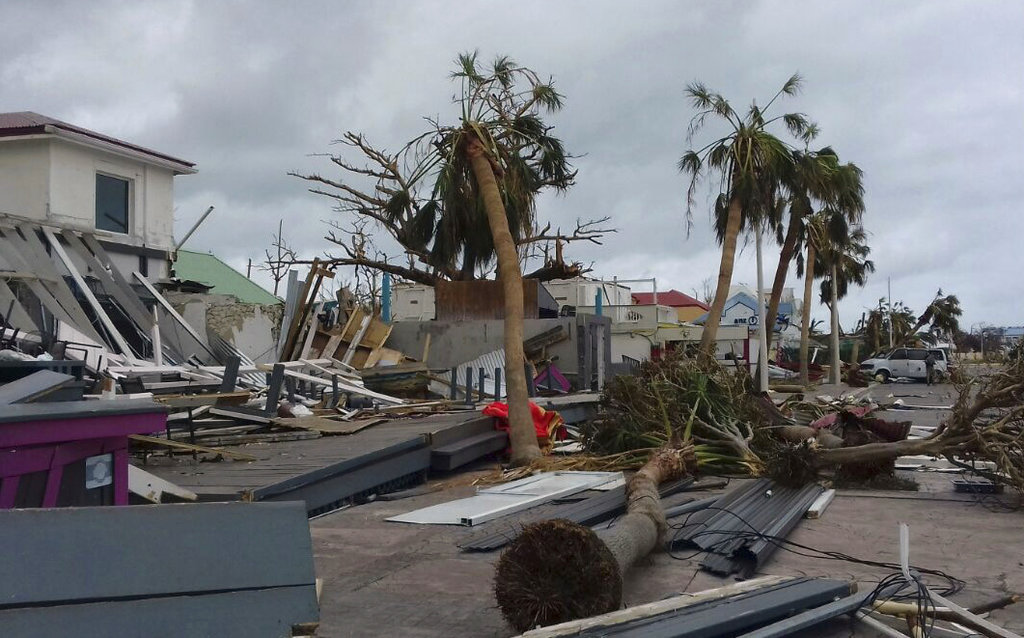 The U.S. government said it was sending a flight Monday to evacuate its citizens from one of the hardest hit islands, St. Martin. Evacuees were warned to expect long lines and no running water at the airport.

A Royal Caribbean Cruise Line ship was expected to dock near St. Martin to help in the aftermath, and a boat was bringing a 5-ton crane capable of unloading large shipping containers filled with aid. A French military ship was scheduled to arrive Tuesday with materials to build temporary housing.

Some 70 percent of the beds at the main hospital in the French portion of St. Martin were severely damaged, and more than 100 people in need of urgent medical care have been evacuated. Eight of the territory's 11 pharmacies were destroyed, and Guadeloupe was sending medication.

On Tuesday, French President Emmanuel Macron was scheduled to arrive in St. Martin to bring aid and fend off criticism that he didn't do enough to respond to the storm's wrath.

Interior Minister Gerard Collomb said the "whole government is mobilized" to help and the pillaging that hit the island in the immediate aftermath of the storm had stopped.

Macron promised to go to the region as soon as weather conditions allowed. Soon after Irma left 10 dead on St. Martin, Category 4 Hurricane Jose threatened the area, halting evacuations for hours before heading out to sea and causing little additional damage. 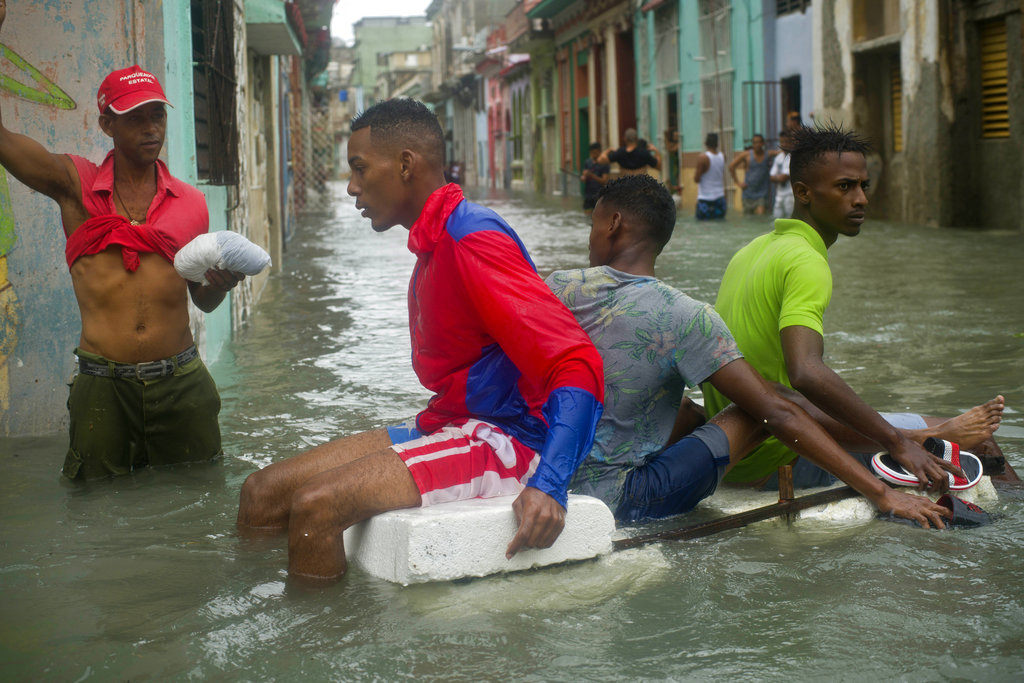 (Photo: Residents float down a flooded street in Havana atop a large piece of styrofoam, after the passing of Hurricane Irma in Cuba, Sunday, Sept. 10, 2017.)

Also hit hard was Cuba, where central Havana neighborhoods along the coast between the Almendares River and the harbor suffered the brunt of the flooding. Seawater penetrated as much as a half-kilometer (one-third of a mile) inland in places.

There were no reported fatalities in Cuba, and government officials credited their disaster preparedness and evacuation of more than 1 million people from flood-prone areas.

Hector Pulpito recounted a harrowing night at his job as night custodian of a parking lot that flooded five blocks from the sea in Havana's Vedado neighborhood.

"This was the worst of the storms I have been through, and the sea rose much higher," Pulpito said. "The trees were shaking. Metal roofs went flying."

9 arrested in Florida for looting sneakers during Irma

St Martin allegedly on verge of 'civil war' after Irma