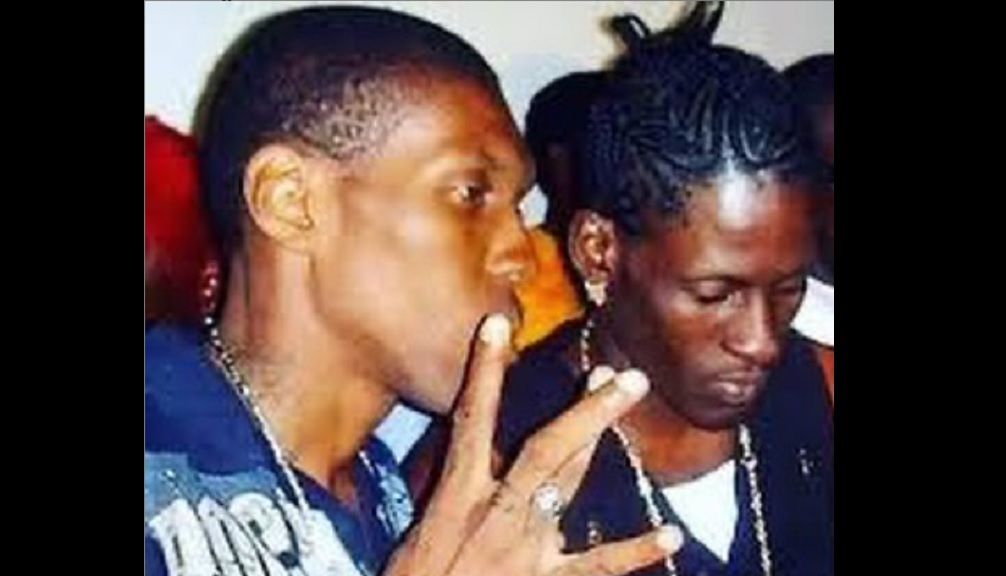 Aidonia on Instagram posted this throwback photo to the days when he and Kartel were both members of the Bounty Killer-led Alliance.

Is dancehall’s most popular artiste, Vybz Kartel, suffering from a lack of self-esteem?

Former Kartel confidante, Aidonia, seemingly suggested such in a scathing Instagram post Monday in reply to a previous post which appeared on the incarcerated Kartel’s page.

Aidonia, who is the leader of the 4th Genna crew, questioned Kartel’s emotional state even while praising his former mentor’s ability to keep relevant despite being locked away for close to a decade.

“Big and serious…this is not the Vybz Kartel we know…the war angel the world boss bickering on the internet over numbers…when the world crowned this man one of the greatest in dancehall… someone needs to check and see if he has his phone… All this posting, is it Vybz Kartel or Post Malone?" the post stated.

“Ya talk bout man fi try stop u..explain how.. me woulda pay you 10 mil right now if a can can [tell] me how..if prison neva stop u how mankind fi stop u…u unstoppable dawg. Ya war wid bay youth who idolize and look up to a joke ting dat,” Aidnoia added.

Aidonia also made mention of one of his early singles in which he stated that "Addi a Mi Daddy" in tribute to Kartel, but he took further jabs at the current thread of posts being attributed to the 'World Boss', stating that the online Kartel was now behaving like his ‘mommy’. He also called on the fans of the Gaza nation who he described as sheep to pray for Vybz Kartel.

An earlier post which appeared on the Instagram page of Kartel took potshots at dancehall artistes who were described as behaving like a 10-year-old girl being bullied in school.

“Who would have thought that dancehall artistes would have become such metrosexual emotional #bitchesintheirfeelings? ‘Kartel won’t leave me alone', 'Kartel badmine me'. Dat sound like artiste?” the post stated in part.

The post pointed to Vybz Kartel’s previous lyrical battles with Agent Sasco, formerly known as Assassin, Spragga Benz, Bounty Killer and Mavado and carried a note that this was the last post from Vybz Kartel on Instagram until 2021

The post from Aidonia attracted hundreds of comments online with many of the posters confessing to be fans of the incarcerated Vybz Kartel but agreeing with Aidonia that Kartel's posts were becoming overbearing and boorish of late.