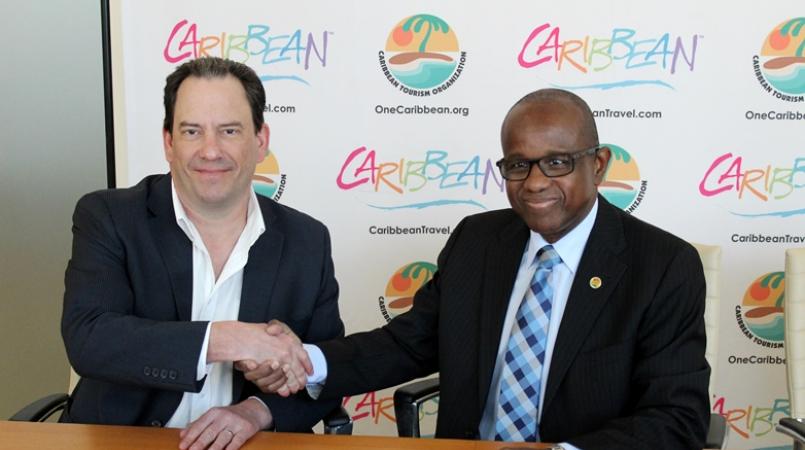 This disclosure came from Frank Sullivan, Airbnb representative for Public Policy for Latin America and the Caribbean.

Sullivan spoke with the media this morning at the Caribbean Tourism Organization's (CTO) headquarters in Barbados shortly after signing a memorandum of understanding (MOU) with Chief Executive Officer of CTO, Hugh Riley.

The company currently has 3 million listing in 192 countries and Sullivan noted that the Caribbean is fast becoming a growing part of their business and Cuba leads the pack with 60,000 listings.

Barbados, he said, has a total of 1,100 listings who are mainly property owners, adding that Airbnb has brought in about 60,000 tourists over the last year which is equivalent to around two per cent of the total tourist arrivals into the island.

Sullivan said what Airbnb has done is make it "incumbent on hotels to compete", recognising that the traditional tourism sector is evolving.

“It was founded on the principal that the tourism sector is moving away from what it has traditionally been towards more of a community-led tourism and what we are seeing is that more and more travelers don’t want to stay necessarily in hotels all the time. They want to stay in Dover Beach and hang out at the Oistins Fish Fry.”

He noted, however, that Airbnb is seeking only to grow the market, not hog it.

“Whenever Airbnb starts growing in a market we end up growing it by about 30 per cent. We don’t shrink it or cannibalise it or take market share from hotels or other traditional accommodation sites.”

On the issue of regulating accommodations in order to keep them in line with international tourism standards, Sullivan explained the Airbnb has a peer-review mechanism that allows them to weed out the "bad apples". He added that although the company is not opposed to following the regulations outlined by Government, he hopes authorities will be able to buy into and see the benefit of the Airbnb platform.

He revealed discussions on the collection of tax revenue from the Airbnb operation have already commenced with Government but there has been some "technical difficulties" which have stalled the process. It is anticipated that the company will be subject to a 7.5 per cent tax which is the same amount local hoteliers and other registered accommodations are required to pay.

CHTA: Airbnb rentals on the rise in the Caribbean