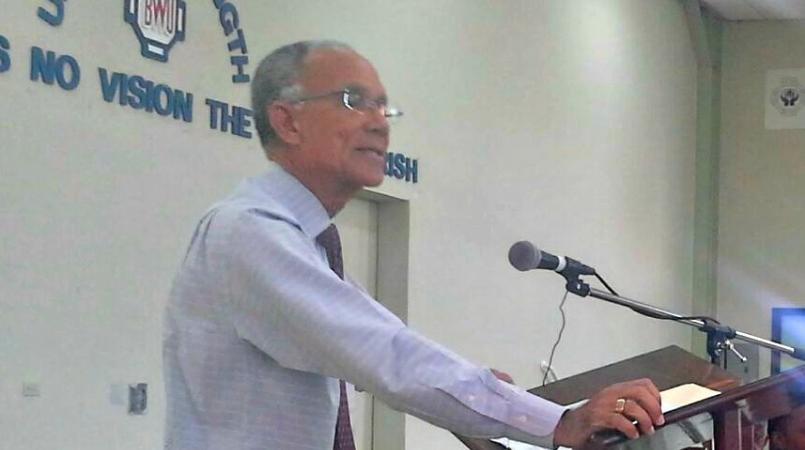 Barbados is facing an epidemic where 32 per cent of children are overweight and 14 per cent are obese.

This startling revelation from Chairman of The Commission of Chronic Non-Communicable Diseases (NCD), Doctor Trevor Hassle who sees this as startling statistics.

He said the information was derived from The WHO Global School Health Survey of 26 schools carried out in Barbados in 2012:

“Similarly a report from seven Eastern Caribbean countries showed that between 2000 and 2010 the rates of overweight and obesity in children aged 0-4 doubled from 7.4 per cent in 2000 to 14.8 per cent.”

As he addressed the 75th Anniversary Symposium for Senior Secondary Schools hosted by The Barbados Workers Union recently, Dr Hassel said the issue is not just a burden on the children but it stays with them through to adulthood and when it gets to that stage the “entrance” of Non-Communicable Diseases becomes easy.

While at times the condition can be genetic or hereditary he says lack of exercise, the intake of sweet drinks and fast food has contributed to this and these are not just in the home setting but at schools.

He says the shift from consumption of local and traditional food is contributing to obesity in children in Barbados.