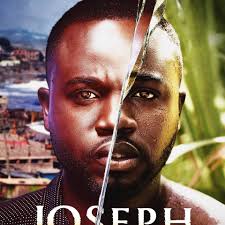 Soca queen, Allison Hinds, is one of the two Barbadians who plays a leading role in the new Afro-Caribbean film ‘Joseph’.

The movie, which is making its Barbadian cinema debut today January 15, focuses on a fictional story of a young business man named Joseph. The Jamaican born man has developed a strong desire to travel to Ghana to connect with his African roots. His family however, does not support this venture.

Speaking at the press launch for the film, Hinds said she believes it is important for all Caribbean people to understand how they got here. She explained when she visited Ghana with the cast of the movie, she realised there are more similarities than differences between the groups. Hinds hopes that by viewing the film, many would be able to rid themselves of the stereotypical images of Africa.

“This movie can be seen by anybody. Any immigrant who has a story and wants to know or reconnect to where they came from. This world is full of immigrants all over the world…Even though this is a story of a Caribbean man who wants to reconnect with his African ancestry, that story line can play out for anyone who has left their country of origin and are trying to trace back where they come from”.

Hinds added while some may understand their African ancestry, they may still have many questions about their past.

In describing her emotional experience visiting Ghana and filming the movie, the actress said there are a few scenes which were filmed inside of a former slave castle. She admitted being in that location hit an emotional nerve for her and her cast mates, adding it is a feeling they will never forget.

Producers of ‘Joseph’, David and Marcia Weekes, also spoke to Loop about their hopes for the movie, the first of which is a direct flight from Barbados to West Africa. They would also hope that students who view the movie will show an interest in visiting Africa rather than vacationing in other Western countries.

This Afro-Caribbean movie will be aired on January 15, 2020 at the Olympus Theatres.

Turks and Caicos to set up Film Commission