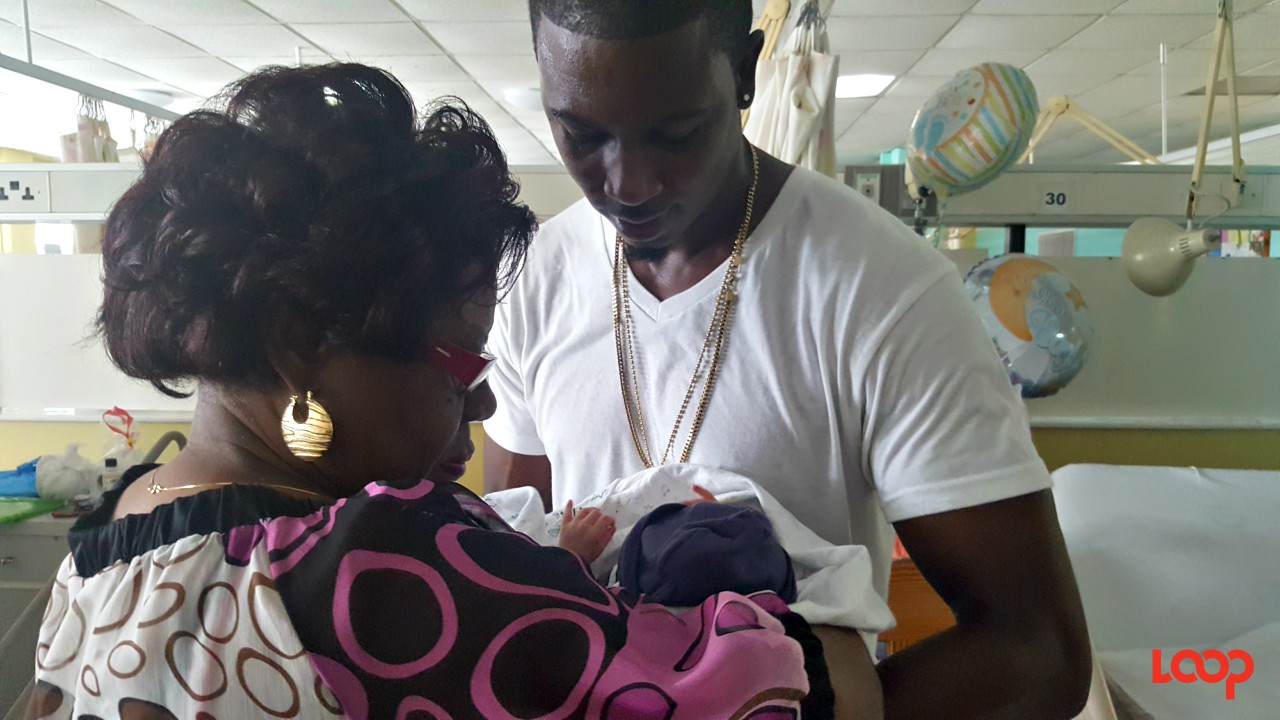 Dane Giles taking his son Dane Antonio Giles from his mother, after she was doting over her new grandson.

None of the babies delivered on Independence Day were due November 30, 2017.

Anita Welch gave birth to the only baby boy yesterday and she said she had one wish – do not come on Independence Day. “I don’t wanna go in the papers!” 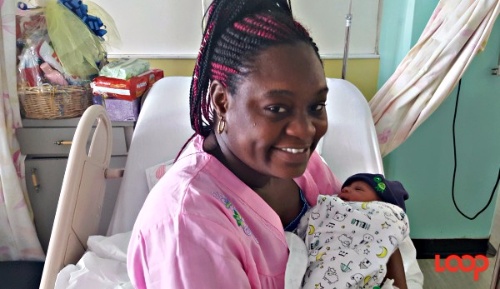 Laughing she said her second son Dane Antonio Giles was due November 28, but he had his own idea. He was born at 11:30 am at the Queen Elizabeth Hospital yesterday. Welch’s first son, nine-year-old Darion Clarke-Roache is happy to be soon welcoming home his baby brother. Welch said that she knew the sex of her baby ahead of time, but she wanted a girl. However, when asked if she intends to go again for the girl, without a slight thought she blurted out, “Nah!”

This is the second child for Dane’s dad, Dane Giles as well. He has a eight-year-old boy named Ameer Giles already. Quickly taking his bundle of joy from his mother who was gushing over her newest grandson during visiting hours, Dane Senior was all smiles as he proudly held his son.

On the table beside the bed was a basket donated by Massy. Welch said that with her second son she will put an even greater focus on education. She said one lesson she has learnt is to read with this baby from earlier and push reading more. Asked if she has any tips or tricks that may make life easier this time, she said, “Patience is no trick, it’s natural and you need it.” 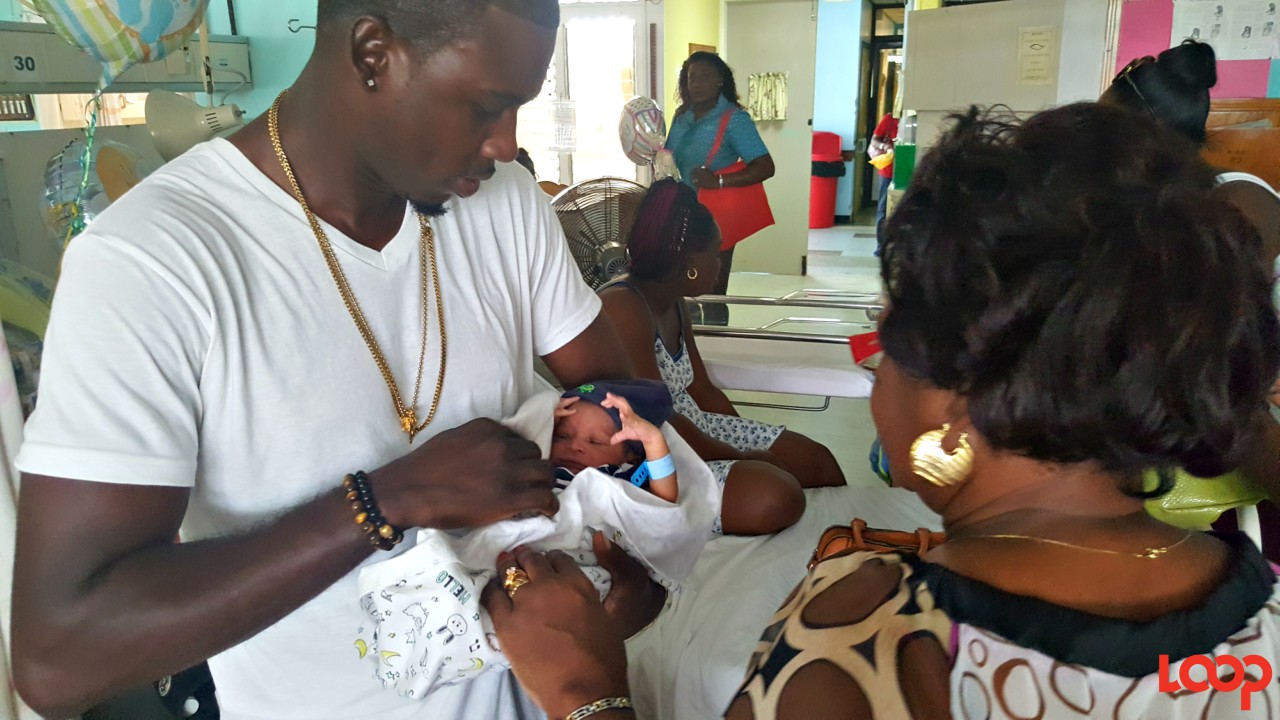 The second baby girl, Venus Phillips came at 5:01 pm and she was due November 22, last Wednesday. Her mother Shannon Carmichael said she had a different plan, “a longgggg plan”.

Carmichael’s birthday was November 27, and her aunt Shirley was actually an Independence baby too, so she was over the moon.

Destiny Phillips, Carmichael’s first daughter and only other child is three-years-old and she’s excited. Carmichael said, “She started to play mummy a lot with her dollies and she'd ask me a lot, ‘Baby gone?’ She understands that I'm not home because I gone to have the baby.”

I kept telling her, “You'll be a big sister so she’s so excited.”

Dressed in green and orange, Loop asked Carmichael if she knew the sex of her baby. With a smile, she said, “Girl, she was backing [when I had the ultrasound done] and I didn’t go back.” So, not only was her arrival date a surprise, so was her sex.

Laughing she said, their dad, Samuel Phillips, “he's the only one who wanted it to be another girl. Everyone else wanted it to be a boy.” She admitted, “I was hoping for a boy.” Asked if next up is the boy, she said, “no, no, no!”

This pregnancy was “very different” from her first. She said she had “a lot more Braxton Hicks [contractions], false labour [pains]”. So to people who may think, they know everything because they had a baby before, “every one is different. You think you know but you can be surprised. Many times, this was very, very different. When I got the Braxton Hicks it would be, should I stay or go?”

However, she said that she would call ahead, so she wasn’t rushing to the hospital and getting sent back home. Venus was seven pounds, 8.9 ounces.

The first out the gates at 3:35 am, Barbados’ first 2017 Independence baby was Janaee Anyah Edwards. Mom Annetta Eversley said that she was due down in December but “She has a mind of her own already clearly! It was a total surprise. I was not expecting it.”

Smiling she told Loop, “One of her godfather’s birthday was yesterday. So he won it though he didn't have it planned.”  But on the flipside, her godmum was calling her “Pumpkin” from day one in my stomach, so she won too cause she said, “It's going to be a girl.”

Janaee is the first baby for both mum and day and they said, “It felt greats.” Annetta said all they wanted was “a healthy, happy baby.”

Will she go for the boy, Loop just had to ask, and unlike the others, she took a moment, thought about it and said, “Let’s wait and see. I want to just enjoy Janee right now.”

Another Side: Aidan Taylor is more than an everyday Mr. Independence

Baby talk is universal and has benefits study finds