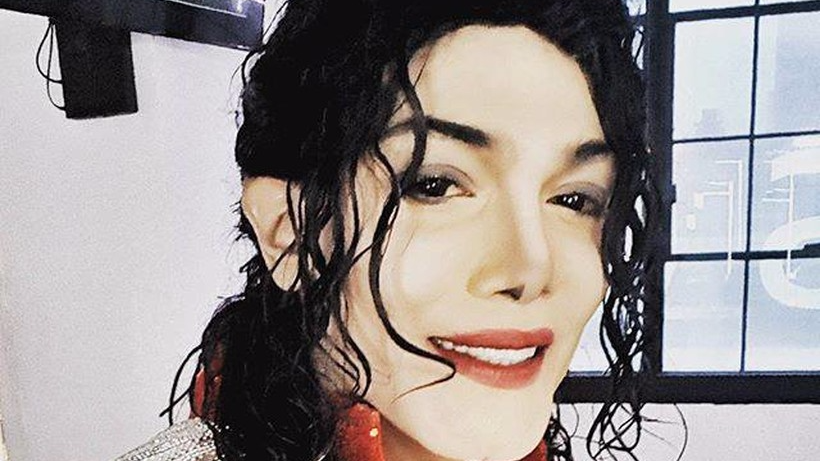 All eyes will be on Navi, a Trinidadian Michael Jackson impersonator, tonight as he makes his acting debut portraying the King of Pop in Lifetime's “Michael Jackson: Searching for Neverland.”

Navi, who bills himself as the world's number one MJ impersonator, left T&T at the age of seven when he migrated to the UK.

He became such a fan of the King of Pop that he started impersonating him and landed a job at 15 opening The Drifters as a Michael Jackson impersonator. He has undergone several cosmetic changes to his face to look like his idol.

Navi went on to work for MJ as a decoy, telling news outlets this week that he worked as a decoy during MJ's famous child molestation trial and for promos during album releases.

Navi told ABC he signed on to do the Lifetime movie because he wanted the opportunity to “tell the world” about the man he says he knew so well.

The Lifetime movie In the movie focuses on Jackson later in life and is based on a book written by two of his bodyguards called “Remember the Time: Protecting Michael Jackson in His Final Days.”

Jackson's family is not supporting the movie. In a release they barred Lifetime and Netflix, which is also doing a show, from using any of MJs music.

"To clear up any confusion or misperceptions about unsanctioned Michael Jackson projects currently in the news  - including a Lifetime television movie and an animated film script recently purchased by Netflix  -  the Estate of Michael Jackson does not license or permit the use of any rights it owns, including to Michael’s music, images, video and films, for use in unauthorised works seeking to exploit Michael's legacy," the statement said.

“Michael Jackson: Searching for Neverland" will air tonight on Lifetime for viewers in North America and on June 25 on Lifetime channels.

Disney announced its movie lineup through 2020

Eye on Dependency hosts fight for copyright over award-winning movie

Samuel Jackson: Comments about black Brit actors not a slam