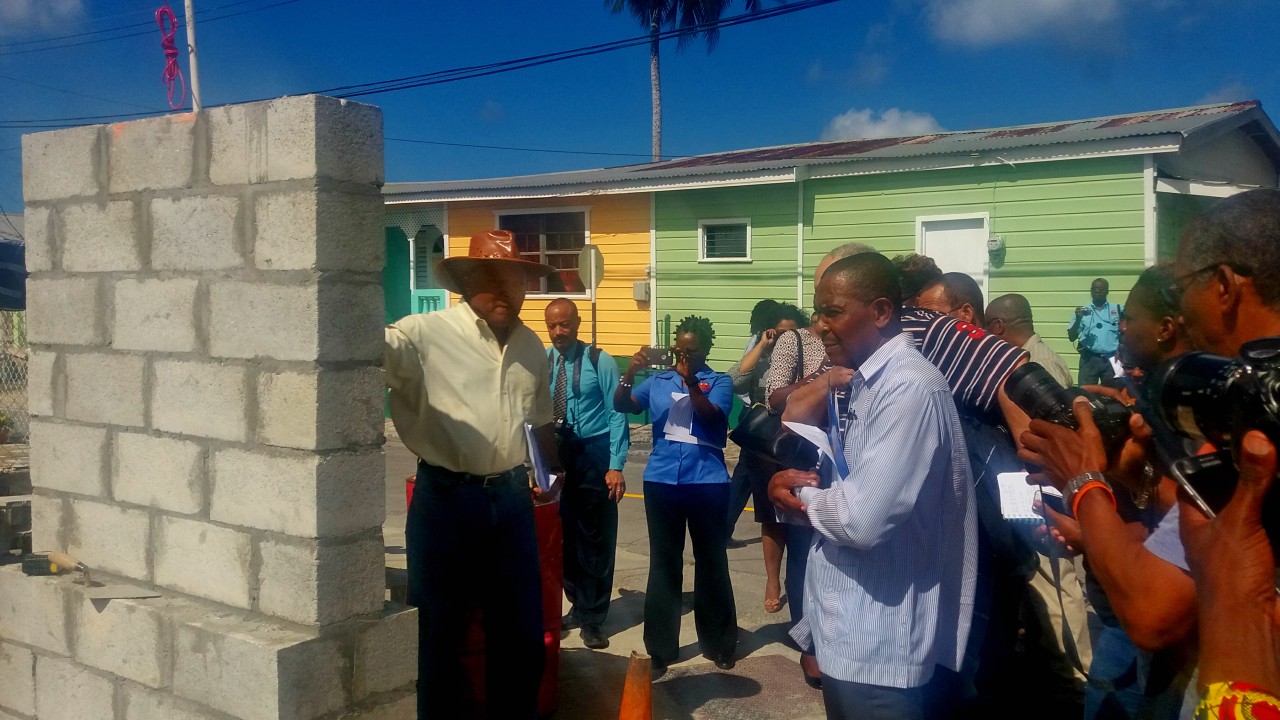 Chairman of the Planning Committee, Hugh Foster (most left), points to what will be a monument inscribed in honour of Rihanna.

According to officials within the Ministry of Tourism, Westbury New Road, which will be renamed Rihanna Drive, is a growing tourist attraction, as many taxi drivers and tour bus operators show it as a place of interest when transporting visitors around the island.  Additionally, it was thought necessary to highlight the many achievements of the Grammy Award-winning singer, entrepreneur and philanthropist.

The ceremony, dubbed, Our Diamond - The Rihanna Drive Project, will be attended by residents of Westbury New Road, Government officials and other specially-invited guests. It will feature the unveiling of a fingertip pole sign and an 8 x 5 signboard by Prime Minister Freundel Stuart and Rihanna, as well as performances by local entertainers.

The event is by invitation only; as a result, members of the public are invited to view it live on CBC TV8, beginning at 2:45 p.m.