Alleyne students debate their way to the top in BAC competition 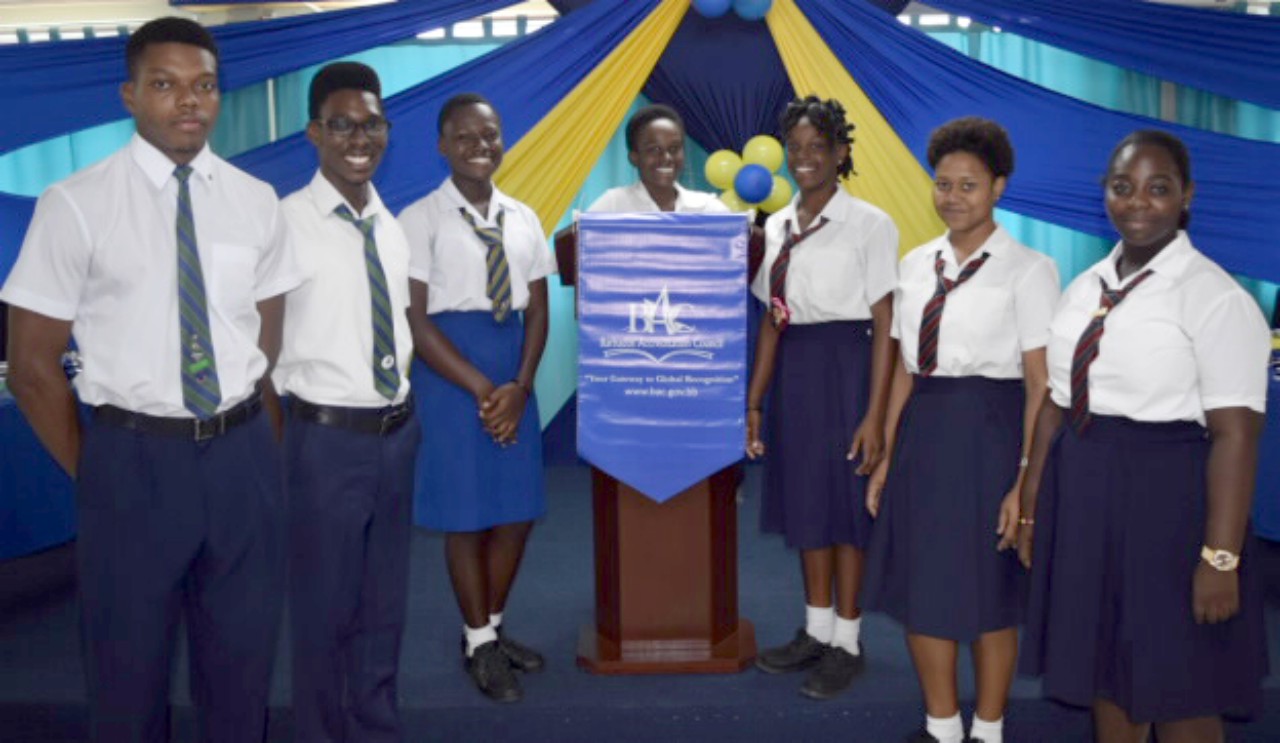 One of three schools to take this title over the past four years, The Alleyne School Debating Society dethroned two-time champions The Dynamic Speakers from the St. Michael School.

Growing from six secondary schools in year-one, The Alleyne School came away as top out of the nine teams entered this year.

Debating on the topic ‘Computer technology has rendered textbooks obsolete’, according to the Assistant Accountant with the Accreditation Council, Mark Alleyne, “The Alleyne School Debating Society led by Shamera King-Charles drew first blood and gave no quarters to The Dynamic Speakers. Cross-examiner Simone Williams of the Dynamic Speakers scrupulously made her way through the stance of the Alleyne team, however, it was not enough on the day to defeat The Alleyne School, the new champions.”

Asked if he would like to see more secondary schools battling it out in future years, he told Loop News, “we would like the number to grow”. It has been nine schools participating in the Debate competition for the past two consecutive years.

Chairman, BAC Board of Directors, Cedric Murrell presented the Challenge Trophy to the Principal of The Alleyne School, Julia Beckles after the competition.

The St. Michael School team was led by Zachary St. Hill Haddock along with Seconder Seth Edwards and Cross-Examiner Simone Williams. The champions, The Alleyne School was Team Opposition and they were lead by Shamera King-Charles  and she was ably assisted by Seconder Sarah Holder and Cross-Examiner Hannah Neblett.

Can computers enhance the work of teachers? The debate is on