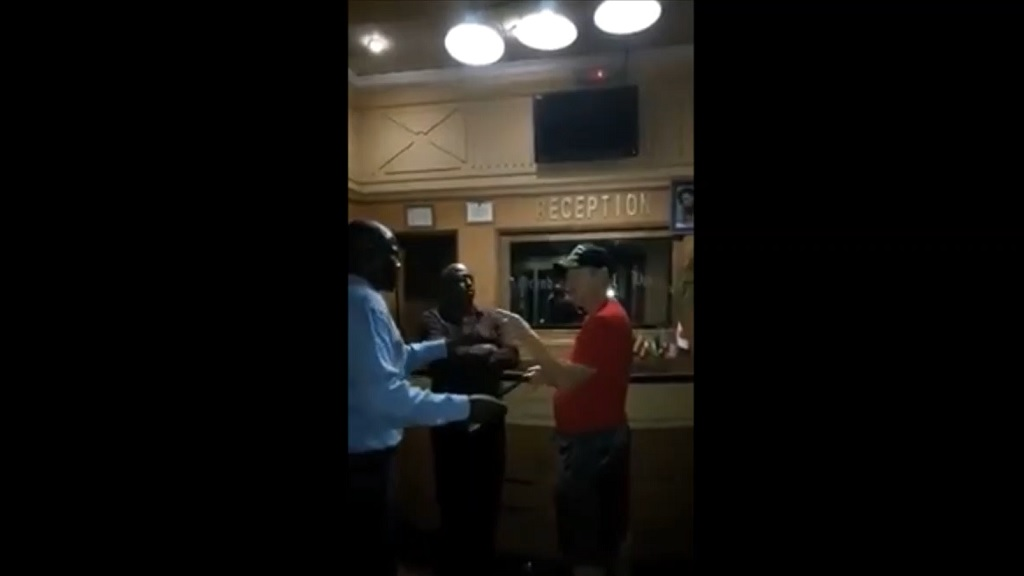 Ugandan police have held an American man who was seen in video footage attacking a hotel worker with punches and racial insults.

Jimmy L. Taylor was arrested on Thursday after CCTV footage of the incident was posted on social media, angering some Ugandans who demanded his arrest.

The incident happened at a hotel in Kampala, the capital. It wasn't clear precisely when.

In the footage the middle-aged American is seen charging at a receptionist: "You hate Jesus. You hate yourself. You hate me. You disgraced Jesus. Huh?" Later he throws a punch, one of many, and hurls slurs such as the N-word.

Ugandan police said Sunday that Taylor, who claims to be a missionary and former member of the U.S. Marines, will be charged with assault later this week.

Republic Bank: Tax on TISP was directive from Board of Inland Revenue