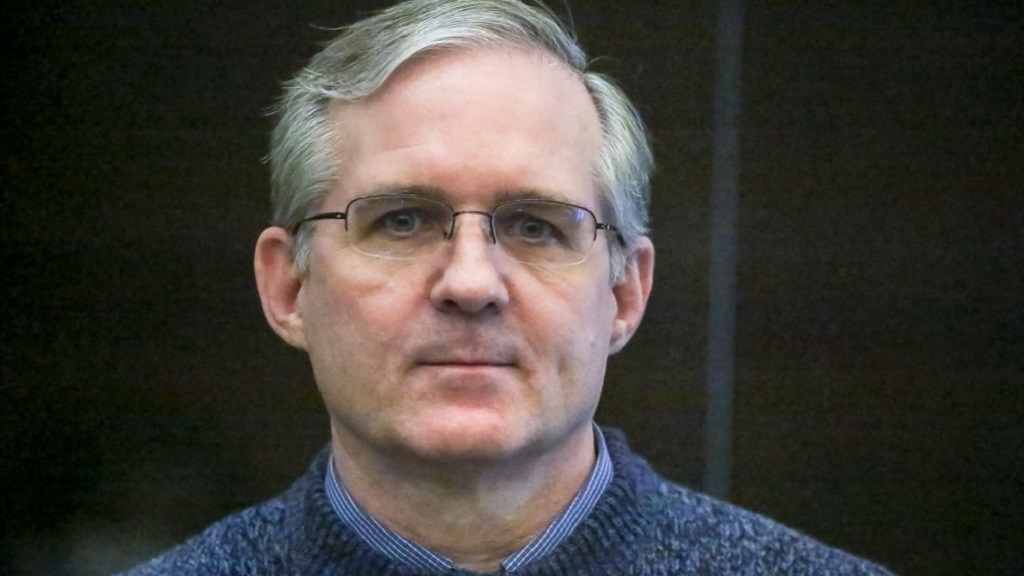 Paul Whelan, a former US marine who was arrested for alleged spying, listens to the verdict in a courtroom at the Moscow City Court in Moscow, Russia, Monday, June 15, 2020. Whelan has insisted on his innocence, saying he was set up. The US Embassy has denounced Whelan's trial as unfair, pointing that no evidence has been provided. (Sofia Sandurskaya, Moscow News Agency photo via AP)

A Russian court on Monday sentenced an American businessman to 16 years in prison on spying charges, a sentence that he and his brother rejected as being political.

The Moscow City Court read out the conviction of Paul Whelan on charges of espionage and sentenced him to 16 years in a maximum security prison colony. The trial was held behind closed doors.

Whelan, who was arrested in Moscow in December 2018, has insisted on his innocence, saying he was set up.

Speaking after the verdict, US Ambassador John Sullivan denounced the secret trial in which no evidence was produced as an egregious violation of human rights and international legal norms. He described Whelan's conviction as a mockery of justice and demanded his immediate release.

Whelan's brother David said lawyers will appeal the verdict that he denounced as political, adding in a statement that "the court's decision merely completes the final piece of this broken judicial process."

"We had hoped that the court might show some independence but, in the end, Russian judges are political, not legal, entities," the statement said. "We look to the US government to immediately take steps to bring Paul home."

Whelan, a 50-year-old corporate security executive and Marine Corps veteran from Novi, Michigan, was arrested outside a Moscow hotel. He was in Russia to attend a friend's wedding at the time.

Whelan, who also holds British, Irish and Canadian citizenship, denies the charges of spying for the US that his lawyers said stem from a sting operation. Whelan's lawyer has said his client was handed a flash drive that had classified information on it that he didn't know about.

Whelan has publicly complained of poor prison conditions in Russia and has said his life is in danger. Last month, Whelan underwent surgery for a hernia.

Expelled Russian diplomats return from US amid spy dispute