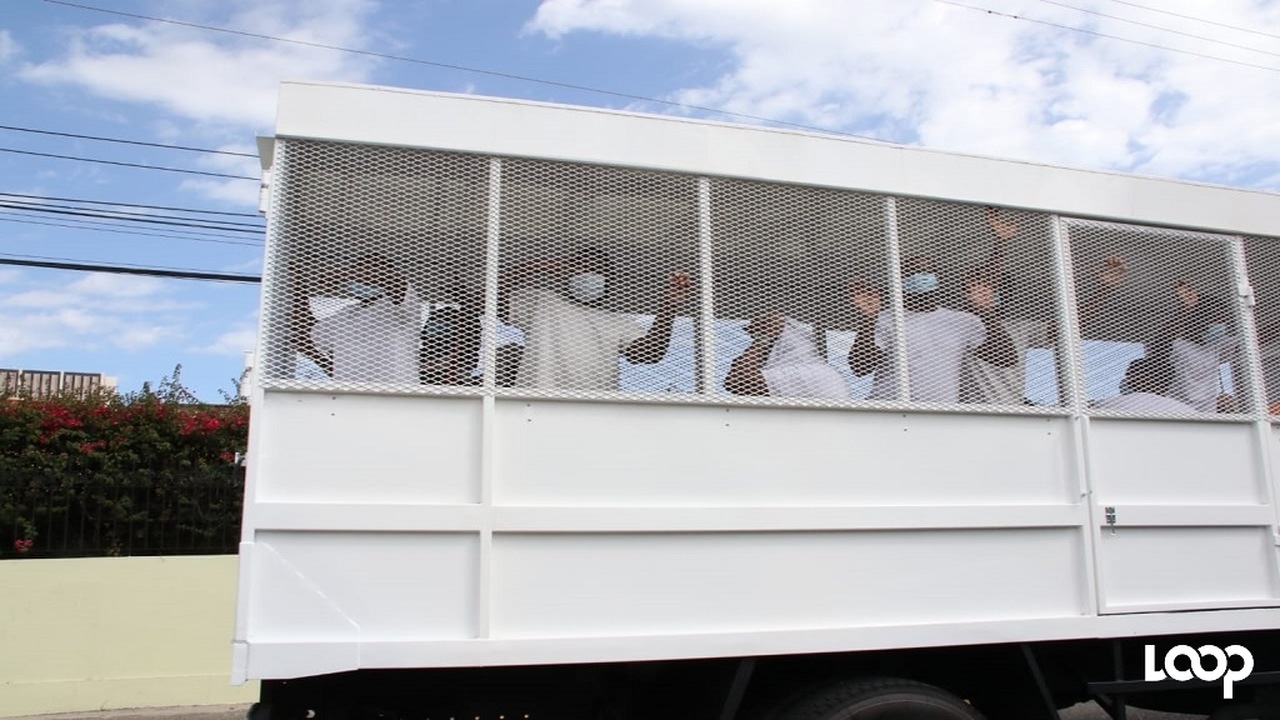 Returned residents inside the back of a police truck as it arrived at a St Andrew quarantine facility last month. (Photo: Marlon Reid)

Another 40 deportees are scheduled to arrive in the island from the United States within the next week.

They are among 220 Jamaicans set to return to the island by air, Prime Minister Andrew Holness announced during a digital press conference from Jamaica House Tuesday evening.

The prime minister used the press conference to update the country on the Government’s ongoing efforts to tackle the coronavirus (COVID-19) while gradually reopening the economy.

The 40 deportees will add to the 46 who were flown into the Norman Manley International Airport on April 21 aboard a chartered flight. One of the 46 later tested positive for COVID-19 despite assurances from the authorities in the United States that all persons being removed from that country are tested for the coronavirus prior to them being placed on the flight.

As it relates to COVID-19, Jamaica now has 564 confirmed cases with eight new cases in the previous 24 hours. Another 29 persons have since recovered from the respiratory virus, pushing the total to 267.

Nine persons have died since March 10 when the first case of COVID-19 was detected on the island. Of the 309 active cases of persons having the virus, one is said to be in critical condition.