Another award for Queen Alison Hinds 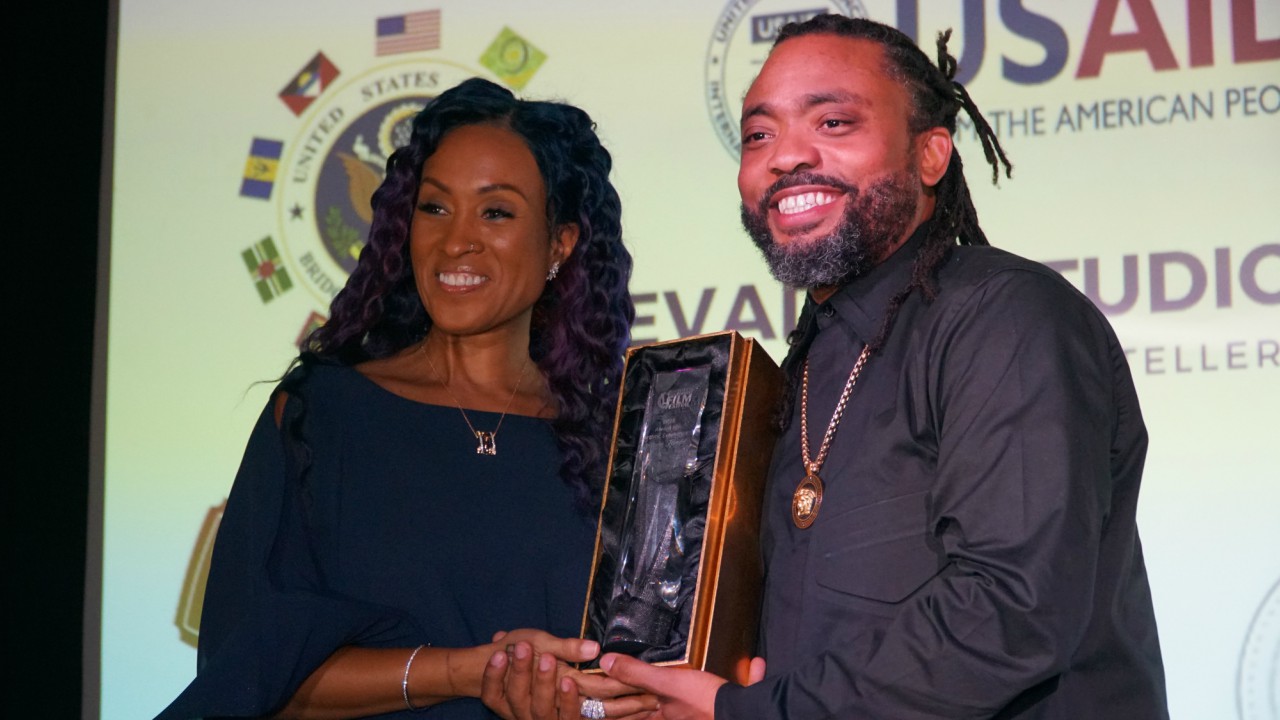 Alison Hinds being presented with the award for Artistic Excellence by Machel Montano. (Photo: Richard Grimes)

Queen of Soca, Alison Hinds, has had a hectic but rewarding week no doubt have been bestowed honours as a cultural ambassador and most recently for her work in film.

Over the weekend the government of Barbados conferred the instruments of appointments on three persons, Anthony 'Gabby' Carter, Stedson 'Red Plastic Bag' Wiltshire and Alison Hinds.

Last night at the Barbados Independent Film Festival (BIFF), Alison was once again honoured with the Award for Artistic Excellence which was presented by fellow Trinidadian, soca superstar, Machel Montano.

Machel sang the praises of Alison during his speech to the attendees of the Opening Gala of the Film Festival at the Walled Garden Theatre of the Barbados Museum last night. Machel credit Alison as his inspiration for pushing to be better during the early days of his musical journey. He said Alison has been able to stay relevant and hold her integrity as a female in a male dominated industry. He also said Alison deserves loads of respect and accolades for being a story-teller of the Caribbean, adding he wishes to see more of the Caribbean story on the big screen.

Alison was close to tears on receiving her award. During her acceptance speech Alison said it was the "best week ever". She described the BIFF as a great opportunity for film makers, from the Caribbean and abroad, to come together and showcase their talents and exchange ideas. She admits that she is open to the idea of getting more time on screen in movies, even sit-coms, and will be working actively to pursue such projects.

The Film Festival will continue until January 14 and will feature the first screening in Barbados of Green Days by the River, which includes a VIP reception with the director, Michael Mooleedhar.

A Bag, Queen and a Doctor to be honoured by PM